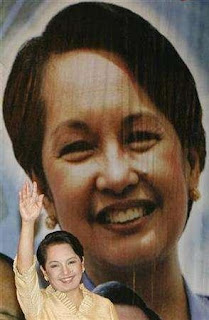 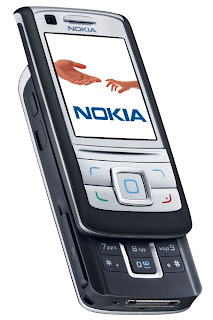 Just got a Nokia 6280...courtesy of my goodlookin brother in Ire...well I think Im gonna have a slight problem in doin things with it but i hope id be able to fix this....for starters it's locked with Vodafone...Unlocking according to forums I've visited seems hard in these particular model...but I'll have to push for it no matter what it costs since this is 3g and more advanced that what I am currently using...although...my handy dandy 3660 is still at par with my lifestyle...and nothing beats a symbian 60....in applications and all....this one i guess does not play undownloaded music...meanin i cant use just about anything other than the ones already on it...id be listenin to irish tap music for a few years i guess....goodluck to me and my folks that have SAGEM phones..wish i knew where to get these things fixed since I am not that sure if Greenhills in the Philippines is an option! 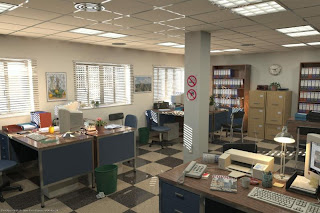 Opening Lines for my profession is at a low...I guess gettin over things is hard...but i'll try my best to look for opportunities elsewhere... out of the country for sure! but i hate the thought of livin alone....i mean the questions on who's gonna clean the toilet....scrub the floor or do the laundry should be answered.....and I would probably be in trouble if i asked people to do it for me instead...i need a maid i guess...hahah...that would be doubley expensive to get one....sometime soon then.... i will go out again and get my hopes up elsewhere....just gonna get sumthins first then i will again conquer!! Indeed! 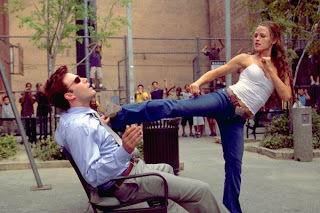 I am probably as confused as you are...well...today I'm dealing with 2 things....just heard news that the damn office blocked my blog site again (and there's some good rumor that I heard also which id probably mention to end this blog entry) so I guess I won't be lucky enough to upload blog entries from there....second is my confusion with Philippine politics....kinda looks different...but you know what?! They're kinda the same thingy...
The MIS at the office is really hard to break...well judging from what they are doing, they always would want to limit our access...yet nobody "sends policemen" to these people if they are the ones that abuse Internet connection bandwidth....But the last time I had problems accessing ftp sites....I went to their office to complain...and to my SURPRISE!!! These perverts were watching porn on their PC's...streaming scandals and all...I did not even bother to ask them about it.... I hate to confront people about their manic depressive attitudes towards the drought they are experiencing.... It's a good thing that I'm not in that drought they have...otherwise I'd be thinkin too much of you know what...hahahah....Perverts!! They are just a bunch of perverts!!
Now the second thing... Politics in the Philippines has never been so gruesome....the International community are always looking at what we often show on local TV...they think that everything is that worse when this year, it has been lower compared to last year's elections....yeah you heard it..there's somethin else that more worst that what is happening today...so we just can be thankful that it did lessen a bit... hahah... I don't even think anybody deserves my vote...coz they all suck....these are people who only benefit from election money...

A couple already has admitted that they even earn from all the money they get from running in public office...that's why they can afford to put up advertisements that costs millions here...go figure!
I will vote for my Mayor...coz he did a very very good job collecting taxes...now my city it the best and the richest one in the country.... !!!

And for those who think that I dont know him..think again...he just lives a few meters away form my home... so I know him as a neighbor, as my congressman for a few terms, and as my mayor...so he gets my vote.....

I just dont like his councilors though...and the one who ran for congress this year..I know they are corrupt...and they employ ghost employees...and believe me....i know these things even happen in Malabon and Caloocan also...but that is not an excuse....they should be hanged in state if it were up to me... ^_^

Well I just heard news...I've got a lot to thank for in this lifetime...and for this one.. I got SWEET REVENGE!!!! Yes ladies and germs...I just heard that KARMA has taken its course and dealt with people that were getting on my way...I'm so happy that I feel angels are indeed watching over me... hopefully not the ghosts again...but I now feel a little bit relieved that the burden I was having since a few months ago has now been taken out....Now I have got to make sure it stays this way....You can call me evil all you want but I know that this one got what he deserves!! I already hate him so that's that.....I can change...but I doubt he will.......
Now it's on to another chapter in Prince Troy's life.... and I know I will succeed... and if anybody plans to go against what I want...I'll make sure they'll pay for it!!!!

Guys, watch out in my next blog entry my recommendations who to vote for and WHY and those I'll be recommending to my friends as well.... ^_^

Twas a night not so dreamy while I was sippin a cup of coffee from the vendo machine when suddenly my cellphone went bananas... Lookin at my sister's text message... i found a phone number and a name I kinda remember... to my astonishment it was MACBETH....
Yes my friendster friends....it's the guy Jason and I was always with in highschool... a bestfriend as so they may say...talk about "10 Years" of not able to see each other then poof! He just came out of nowhere.... I called the island he was in and checked out if it really was him...and to my surprise...he really was him....same old voice...same old MACBETH...

Well.. I wouldn't wanna talk about the things we did and what occurred in the past... we kinda were umm...do we really have to talk about one girl now and how we kinda fell apart because of her?...geeze...that was a cheezy thing to remember....but enough of that already...Macbeth's here and so our whole batch should probably get this one together.....I mean to get back and catch up on things...and probably drink a few beers... =) I miss those days.....I'll try my best to mend things...coz I think I had issues back then... heheh....Dang nabbit! I ddnt like my highscool days but this things just comes crashing back to me.....
Now I got his number and was a lil oriented about where and how he has been, I guess it would be a cinch now to get to him...