After the long vacation I feel like wanting to go back there again. But of course reality has to step in. I've got to pay the bills, report for work and slave away with people of whom some I don't wanna be with. (Dito sinabi eh no LOL pwede naman kasi April Fools)

It's so hard to get my mojo back. I guess in some way or another we all go through that phase. But I'm sure it'll come back in one way or another. I owe it to a lot of people why I blog. I also owe it to my self. I don't have to be pressured because this hobby has opened a lot of doors for me. Plus I get to meet people whom I think wouldn't be even possible in my lifetime. Actually I miss them already. Even though they are celebrities, they are real people... and I consider them my friends. How I wish it was easy for them to go out too. But we all know show business, it's another dimension. It's the same with the corporate world too. I would really love to go back and lounge around doing nothing. I miss Boracay. I miss my self too. =(

Have you ever partied from sun up to sun down? Well if you haven't done that yet, Close Up has initiated a grand party like no other. Imagine 12-hours of nonstop summer partying under Manila's sky as they give you the same 12 hours of non-stop fresh breath!

The brand wanted you to have something new, something that can be a yearly thing that people would look forward as much as their lovapalooza event that has taken its course every Valentines Day! They launched these a couple of days ago featuring actors, actresses, celebrities, digital influencers to name a few at the posh Whitespace in Makati.

What made us all ecstatic was the announcement of foreign acts plus local ones who will perform at the event. Afrojack, Cedric Gervais, Molly, Apster, Cobra Starship, Italian DJ Alex Gaudino, Dev, Party Rockers’ Jump Smokers and local band acts like Urbandub, Sponge Cola, and Sandwich will all be there to provide entertainment. Closeup's Summer Solstice will take place on April 27th at the Mall of Asia Open Grounds and the much coveted tickets will be sold in all Ticketnet, Ticketworld and SM ticket outlets. It started last March 18th and will run up to the day of the event. General Admission tickets will be sold at PHP 2,000, VIP tickets will be PHP 5,000. More of these people will be part of the crowd that will party with you too.

Summer's here and it wouldn't be a better season without going to world renowned beaches right here on our turf like Boracay. It's one of the best if not THE BEST beach in the world and I couldn't wait spending my vacation in spectacular White Beach.I wouldn't want to stay too far from it and the ideal place was Station 2 where it's near everything that is happening. From clubs, shopping, food and activities it's the prime spot to stay in when you are in Boracay. There's only one place I could think of and that's Boracay Mandarin Island Hotel!

Set at the spectacular 4KM stretch of Boracay's famed White Beach, this gorgeous structure boasts of 52 rooms and suites perfect for couples of families that want straight no nonsense access to the shore or a couple of minutes walk to D'Mall or D'Talipapa where food, services and souvenirs are a plenty.

Click here to read the rest of this entry »
Posted by John Bueno at 1:26 PM 2 comments

Italian fashion has been proven its worth in this industry and the Philippines has yet to have a taste of what it's like in Milan and other cities of this wonderful country. The impeccable tailoring, the known look and fit on their clothes have been a trademark for what men's fashion has been gearing for as far as aesthetics are concerned. Believe me, I've always wanted clothes from that part of the world and it was just perfect that I got invited by world renowned Antony Morato in their recent fashion show at the posh HYVE Fort Bonifacio. Get ready for these HOT HOT items available now in the Philippines, let's take a look shall we?

The event was hosted by renowned VJ, Model and Actress Joey Mead. She was teasing everyone and says if it's HOT in Manila, it's going to be HOTTER that evening. I wonder why.

Then the fashion show started:

First impression: Easy plaid shirts, jeans and jackets are a staple. Classy everyday wear that is modern and sophisticated. I know some men like me who would love this.

Non conforming low jeans are a must in European fashion. I should learn to do this more often. I love the denim jackets too.

His color scheme is impeccably smart. He stayed with blues, grays, blacks and all manly for this collection. I wonder what he's got under his sleeve.
Click here to read the rest of this entry »
Posted by John Bueno at 7:27 PM 0 comments

What does it take to make it big in the music industry? How many years does one need to spend in order become recognized by your peers or the public? You know you're talented, you know you're better than a lot of other men or women your age but you can't do anything about it because there are no avenues to do it. Problem solved by Marty's!

From the popular makers of the Oishi line of snacks and foodstuffs, they have scoured schools, universities and communities to find members of a band that they are putting up to represent their generation, their brand and call the group THE MARTY'S!

One lead guitarist, one bassist, one drummer and one vocalist could eventually win 100,000 pesos and a the chance to be the ultimate band that gets to tour several towns and hold concerts all across the Philippines this 2013! We were there in Eastwood City a couple of days ago to witness these guys show how much they want to be part of The Marty's. Just look how awesome this search turned out to be because it's hosted by the one and only goodlookin hearthrob from another universe Ramon Bautista!

Then they were introduced!

Click here to read the rest of this entry »
Posted by John Bueno at 10:00 AM 0 comments

Sarah Geronimo and John Lloyd Cruz: It Takes A Man and A Woman


Do you still remember the time you fell in love?

Do you remember watching the first ever John Lloyd and Sarah Geronimo movie?

Yes, you are right! It's A Very Special Love!

How about the second one?

You are correct! It Takes A Man and A Woman! =)

Then after a few years of not seeing them... you just found out that they suddenly end up in SPLITSVILLE!


OH NO MIGGY MONTENEGRO AND LAIDA MAGTALAS ARE NO MORE?? OMG OMG!

Fear not because this time, they are going to try it once again in this film called


IT TAKES A MAN AND A WOMAN!

We were there in the Grand Press Conference and had first dibs on the stars walking down the red carpet!

Click here to read the rest of this entry »
Posted by John Bueno at 10:00 AM 0 comments

He's gorgeous no doubt about that. He's captured the hearts of young kids, ladies, and even Miley Cyrus. This is my first time to meet him. It's his first time to meet me too LOL. Ladies and gentlemen, here's the one and only Liam Hemsworth!

Well not yet, he's Raymond Gutierrez and he's hosting this one as Liam becomes an official Benchsetter. It's his first time to visit the country and there were a lot of fans who wanted to take a glmpse of him. Have you guys seen his billboard in EDSA lately? 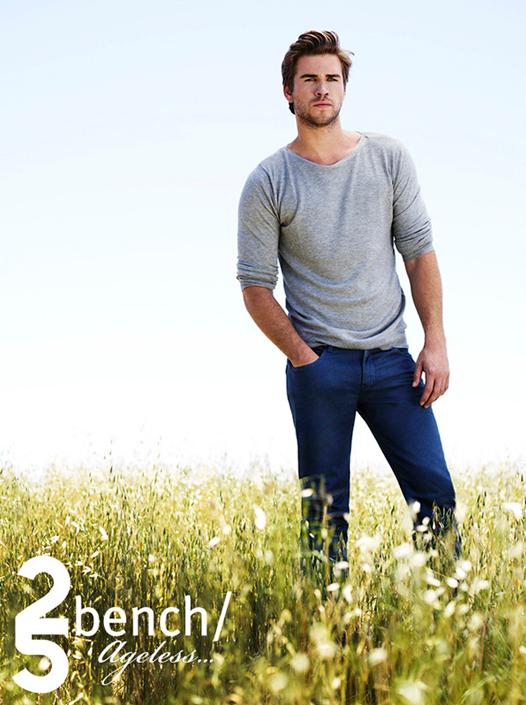 His piercing eyes, gorgeous body and impressive stance makes him the perfect endorser for this brand and when we went to Mandarin a few days ago, he looks scruffy but seems quite fresh and amazing!

He felt like a nice guy and had that presence. He was also very photogenic. I like his eyes. I felt it made sense why he had a photoshoot with a lion because they stare quite the same. He's tall too, estimate around 6'0 feet. We don't usually see him with facial hair but he's fully bearded on this bit.

Then they started asking questions:

He's an easy guy to please. His daily regimen is just to clean up, wear a comfy cotton shirt and jeans. He says he even sleeps with it on. He was candid and funny, quite an intelligent chap too.

He also gave a lot of time for fans after the event. My heart just melted seeing how he took time to see and say hi to everyone, he gave hugs, kisses and autographs to his loyal fans which ranged from 12-60sumthing that afternoon.

Congratulations to Bench for continuously sending over world class endorsers to the Philippines. You have outdone, outwit and outplayed the competition. Thank you so much for letting us cover for this momentous occasion.Thanks also to Sir Ben Chan for being so nice, thank you so much for getting us in on these exclusive events. If I could only cry in this part I would. =')