The Iconic MOJOS Return at SHAKEY'S! 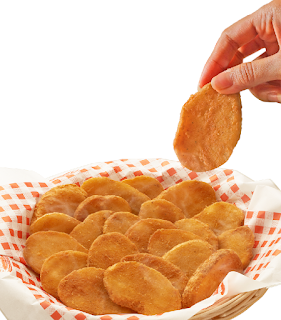 If you're missing the iconic MOJOS from Shakey's, I bare good news for you.

The iconic golden, crispy fried slices of potato dipped in special breading and spices is back in all branches of Shakey's in the Philippines. January must have been so hard for patrons of Shakey's as the supply for the spuds were hampered globally. For sure, just like me, you were really heartbroken. We all had ourselves try out MOJO flavored fries for a while and now, Shakey's just announced its comeback!

Starting February 2, you can get your favorite Mojos for your dine-in, take-out and delivery orders so you can get them fresh and hot today!

You can now order Mojo's and Dip, Basket of Mojos, Mojos Supreme and Chicken n Mojos for the whole family. If you want to follow updates about the release, go check their social channels @shakeysph or Shakey's Philippines on their Facebook page. 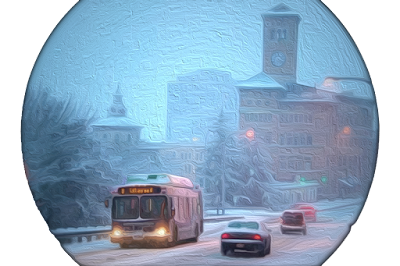 It's quite nippy at this time of the year in Tacoma, WA. The place is quite conducive to young adults as it's very near prestigious colleges and universities. Aside from that, it's got tons of gorgeous mountain views and fairly competitive on rent and real estate. The communities are quite nice especially near the University of Washington Tacoma, the community college, Puget Sound and Pacific Lutheran University area. Living conditions are apt for studying, work or starting off a family.

Though be warned that not all homes start out pristine and Tacoma does have it fair share of pests. Since it is in a relatively mountainous region, some ants, spiders, rodents, stinging insects, termites and mosquitoes are a common occurrence. Aside from that, house pets and animals carry mites, whilst food scraps attract roaches and mice. This is where you need to get pest control in Tacoma WA. Whether you are in a secluded area or the busy part of town, getting professionals to do the job is certainly going to get you peace of mind because they have experience. Much like the guys over at Bulwark who have been in the business since the late 90's. They are very familiar with the city and the different infestations that have bothered its inhabitants. They made sure to prioritize safety in your homes, schools, dorms and businesses.

Living in Tacoma also has its perks. Every day, there’s an opportunity to see artisans work on their lovely glass art that's quite known around the world. It's a hodgepodge of the classics and new. It's a place to also shop and dine. It's got lots of historic spots, outdoor activities, blog worthy food spots and nightlife that could rival any big town or city. You don't even have to choose between rural and urban communities because it's all here.
It certainly does not feel safe to have pests at home. It can cause health issues and trigger allergic reactions, breathing problems and even mental trauma. Eliminating pests is one thing, but preventing them from entering your home is another. Mice and other rodents actually are also scary. Imagine the amount of diseases and parasites they carry like ticks, fleas that live off its hosts. Because of the cold weather in Tacoma, it becomes conducive for them to live supplied with food, moisture and dwelling. It can also contaminate food at home and cause insurmountable damage to property especially when parts of your home is made of wood. Good news is, there are affordable pest control services around the country. Pests can also affect the biodiversity of the forests since it can prey on small animals like birds and reptiles, become invasive and cause irreparable damage to a region. This needs to be addressed as soon as possible so as to not affect your home, your community, public health overall and food supply.
This is why everyone needs to have their home checked. When you see one or its effects on your home’s structure, outdoor space or your actual walls, the time to act is now. Aside from that, you need to also see if they use products that are safe. Once they rid you of the pests, the next course of action is to make sure the stuff they use won’t affect your health. There are new technologies on pest control that can make this happen.

If you're already settled, make sure to take the trip to Chihuly Bridge of Glass, or the Union Station, enjoy the flora at Seymour Botanical Conservatory, or enjoy a ball game at the Cheney Stadium or Tacoma Dome. If you feel a little romantic, set your sights at the Browns Point Lighthouse or marvel at the architectural wonders of the Tacoma Armory. There are also quilt shops, historical museums, religious sites you can immerse yourself in.  You’ll have tons of things to do in the city, you just have to make sure your home is safe and pest free! 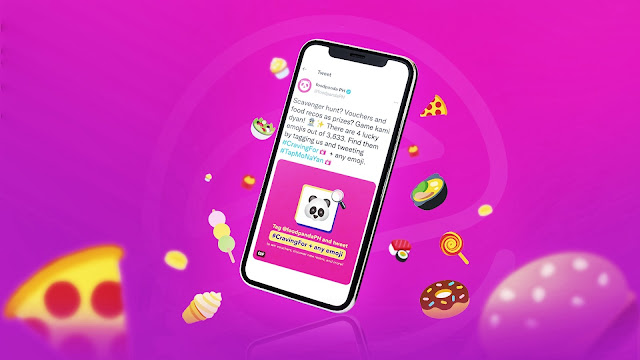 Looks like another laurel got placed in foodpanda's head as it just copped the Silver Award at the 2022 Marketing Excellence Awards. This is for their efforts on the recent campaign called #Cravingfor Emoji Engine which they ran on the Twitter platform last year.
This was through the handy work of Entravision MediaDonuts (a partner agency) and is considered as one of three grand winners. This is under the Social Media Marketing category. foodpanda's Head of Integrated Marketing Communications Ms. Lorelei Olalia says "There are lots of food related talk on Twitter and it has helped foodpanda to reach our intended market." Entravision MediaDonuts being the ad arm of Twitter in the country provided needed awareness and engagement through their #OnlyOnTwitter format which gave foodpanda users the ability to get vouchers and see tons of partner restaurants they have on the app. This has also given them positive brand sentiments which is part of foodpanda's goal to build strong  relationships.
Guilherme de Moura Porto the Director for growth of foodpanda Philippines thanks Entravision MediaDonuts Philippines and Marketing Interactive for the recognition and is optimistic that their partnership with Entravision MediaDonuts will bear more fruit in the coming years.
Congratulations foodpanda! This is indeed well deserved! 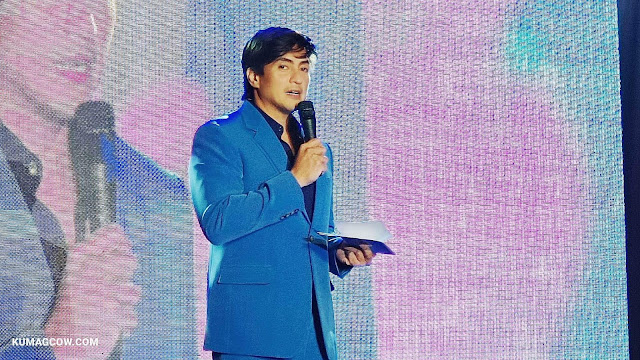 He's got one of the most gorgeous faces in Philippine showbiz, has got a body of a Greek god and women adore him. He's no other than noted actor and hunk Wendell Ramos. He has been industry for a long time and has cemented himself in the comedy and drama genres and hasn't lost his good looks even after Fatherhood stepped in and brought equally gorgeous kids in this world too. 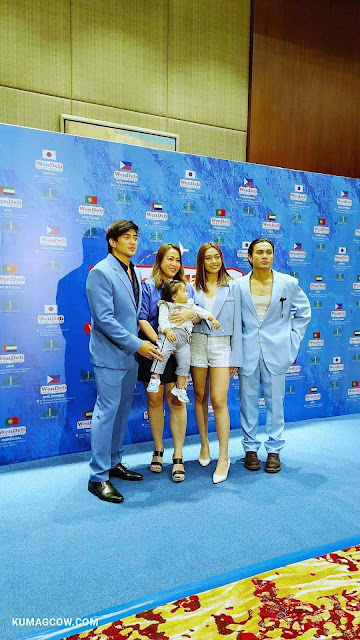 It was severely hard to work during the pandemic and a lot of actors and his friends have had to approach him and ask for money in those difficult times. He didn't want to plainly just give them money, but instead an opportunity to work for it. He saw his wife dropping off meat products sourced from friends to earn a living. If there's an advantage, Wendell knew he had the network to do this on a larger scale. So in 2020, he sought the expertise of iFranchise Business Services Corporation and Commissary Kitchen. This is when WenDeli Meat House was born.
Initially he just wanted to help a few friends, but the folks at iFranchise Business Services Corporation saw a huge potential with this business model and sought to expand this business to kababayans in other countries so they too could become dealers as well.
Here's our video coverage of the event:
Krizzia Ann Loyang the President and CEO of iFranchise says "Thank you for being here this evening. Almost 3 years ago, the world stopped and with iFranchise, it was my responsibility to move forward. We have a family and businesses to sustain. We all had struggles but we just have to believe. With WenDeli Meat House, we were able to give employment and give back to communities. Being an OFW, I personally saw how Wendell supported our efforts in different countries, we knew our business had a heart and has created an impact. Through this platform, it would hone and improve the lives of our fellow Filipinos and bring our products here and around the world. We want to let them reach their dreams. We know we still have a lot of places to go to, thank you for supporting us, Wendell's family, my family and the whole iFranchise organization."
Joel Pascual of Commissary Kitchen says "Tonight is a story of resiliency, one day a man called Wendell Ramos approached us in the kitchen to develop a line of products, and the rest is history. During the pandemic, this was a gamble. Tonight we are celebrating the new direction and business model together with the iFranchise family. From our kitchen, it is now going global. We recognize opportunities and now we are acting on it." 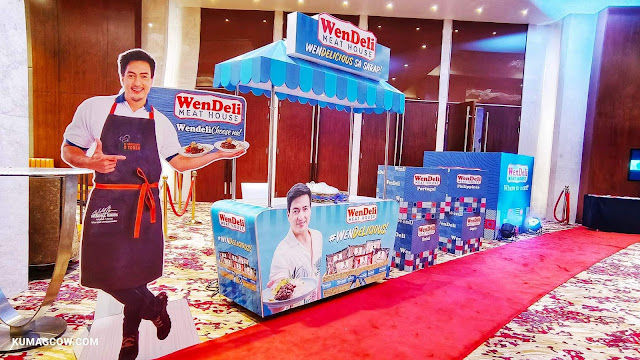 WenDeli Meathouse products currently include Wendeli Longganisa, Wendeli Beef Tapa, Wendeli Tocino, and Wendeli Burger Patty. They also have spicy variants to cater to other peeps who want it with a little kick too.
You can be an official Reseller for as low as Pho 98K and a country Franchisee for Php 2.8M. It's got a lot of inclusions like use of trade name, ambassador and marketing collaterals, freezers, initial products, training and support, recipes, brand and marketing support for resellers. Country Franchisees on the other hand get the same perks plus operational help, training assistance abroad, a minimal 10% royalty/partnership fee and an 8 year contract with the company. It has already changed the lives of a lot of his friends, his family and OFW's based in Dubai, Africa, Japan, Portugal and others. If you want to be part of their growth, it would be wise to do it early so get in touch with them via wendelimeathouse@gmail.com or their social channels WenDeli Meathouse on FB or @WenDeli_Meathouse on IG. He's excited to be part of your journey!