Everyone has been cooking a storm at home for family and yes, we're not any different. It's a little tiring though because someone has to prepare the ingredients, cook it and wash the dishes thrice a day. So this afternoon, I thought Mom oughta have a break from regular programming and got some good Spanish cuisine. I frequent tapas bars and wine depots when things were still normal, so I was craving for Callos. Good thing Ponce had that on their menu. Ponce is just a few minutes away from my home but you can opt to have it for delivery. They also have digital payment channels so social distancing still applies. It's very near Tomas Morato and Timog Avenue, right in 124 Scout Lozano which is easily walkable. 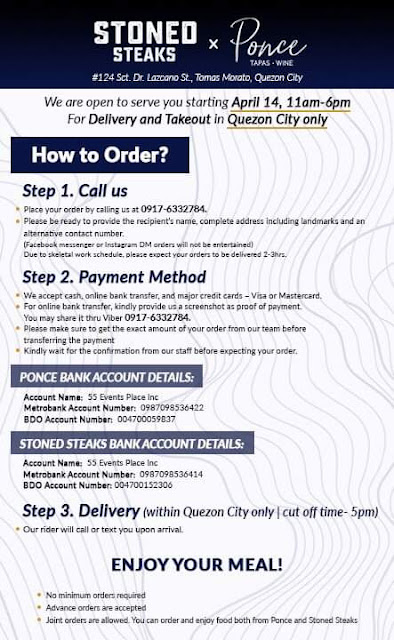 It arrived still hot, I just had it transferred to plates and bowls but I was raring to have my Callos fix since that was the first thing that catched my attention. 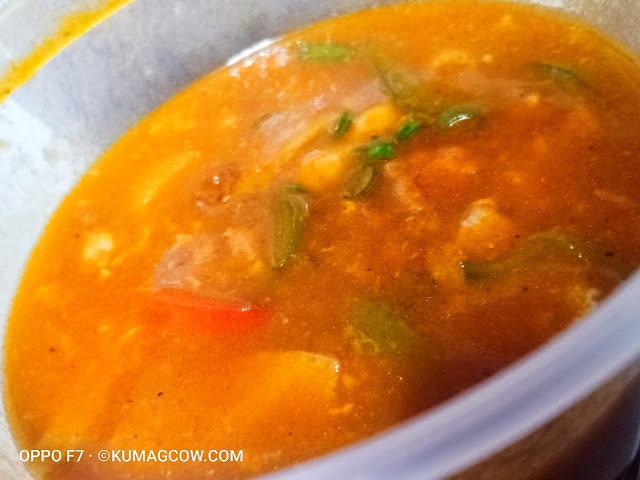 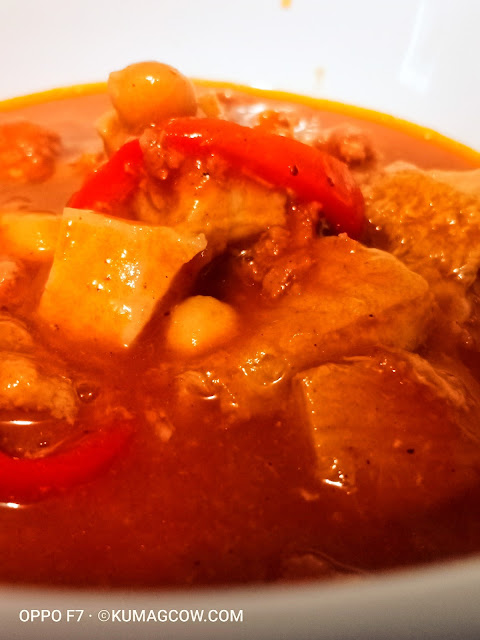 Pork skin, tripe, pork meat and belly, simmered in possible annatto seeds based broth with chili peppers and garbanzos, it was just the perfect match to my butter and garlic bread which I dip this into. Honestly, they make a mean version of Callos and it has been one of their best sellers. I wasn't surprised though because, that silky oil that envelopes your tongue was just made of dreams. One serving of it wouldn't be for sharing usually but folks at home wanted to have it too, I was really saving some of it for "re-heating" as it tastes better, the longer it stays, so I'm saving the left over for tomorrow LOL! 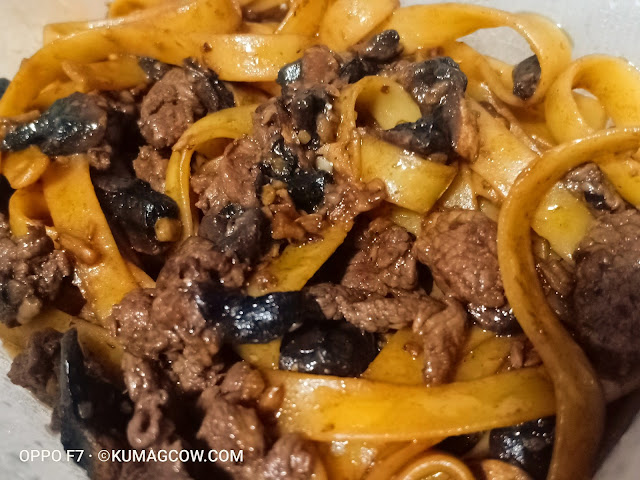 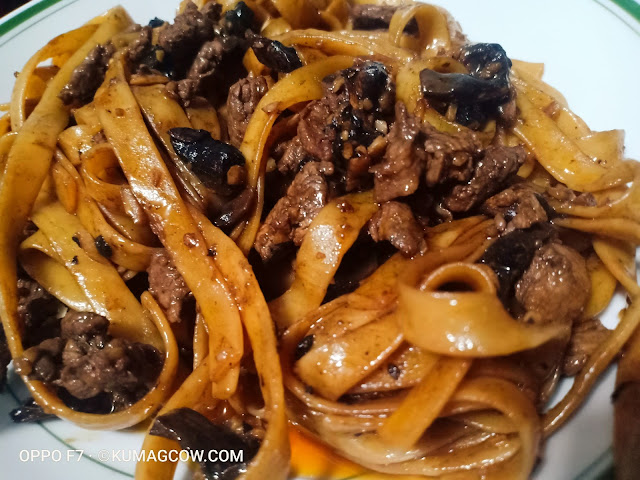 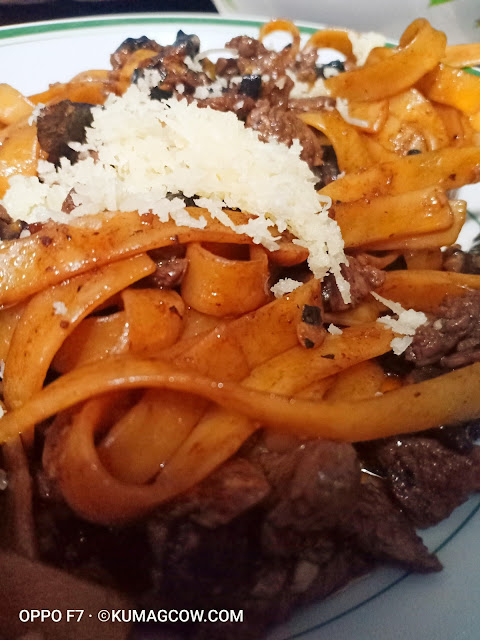 Men need beef in their lives and yes, you can get two in one with this Salpicao Pasta. Bits of garlic, olives, soy and mixed with fettuccine pasta, like a mix of Asia and Italia... I would love to have this sitting down by the window sill while it's raining outside. It's just darn comforting. Flavor profile was in the sweet-savory side so it would appeal to everyone. If you would like to get it a tad salty, go sprinkle the parmesan cheese which they also include with it. 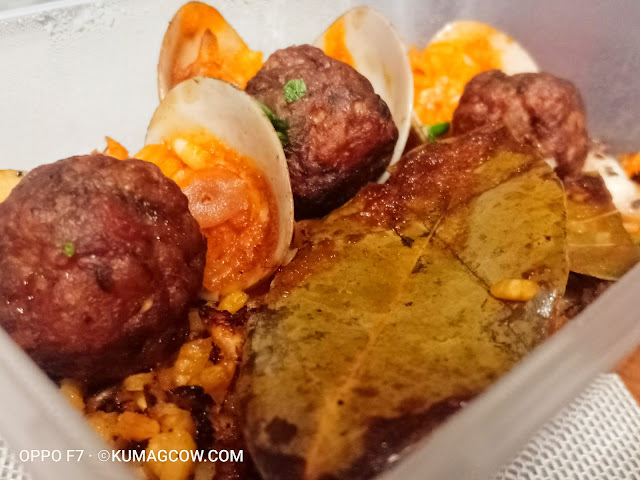 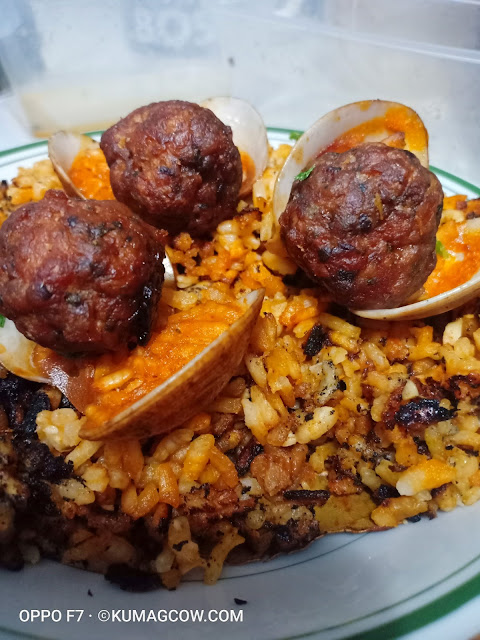 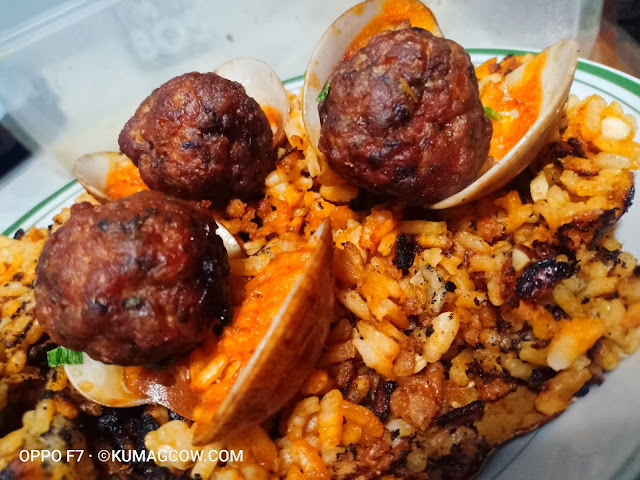 This is their Paella Montana. My personal paella version is very close to this one because I love the crunchy bits that stick to the bottom of the pan. They're very generous with the ingredients like clam and shrimp plus the lovely meatballs which makes this a good surf and turf dish. I would advise you tell them ahead if you prefer a less crunchy version if you want otherwise. Don't take too many photos while you are having this for lunch because it'll be different when it's cold. As soon as you take it out of the packaging, eat it right away!

Spanish food need not to be difficult or expensive. Theirs in fact are very reasonable, good thing they cater to deliveries these days so I didn't have to go far for my Callos fix. Now if you're up to it, take a breather from cooking at home or the usual fast food joints you often think about these days and get some good ol hearty food from Ponce Tapas and Wine if you live in QC.

You've got to try it! Call them today at 09176332784. They're the same people behind famous Stoned Steaks, I'd suggest you take a shot of that too.