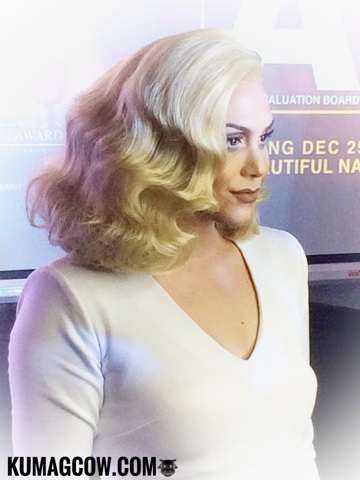 Die Beautiful is this year's most awaited film in the Metro Manila Film Festival. It was pitched in Hong Kong and was invited to join the Tokyo Film Festival. They pushed their luck and eventually won awards and accolades, but what was even better was the reaction of the viewers who were found crying, laughing, having fun while watching the movie. This was Director Jun Lana's vision when they made the film, and they felt surreal when it eventually won these awards.

During the blog conference a few days ago, Direk Jun Lana told us "The story came first, it was our anniversary in New York (he is Married to Executive Producer Perci Intalan) and we had to do something to dedicate for Jennifer Laude, a transgender woman who was murdered in Olongapo by a US Army Soldier. I didn't want it to be depressing, so in telling the story we needed to find people to vouch him, and love him (Paolo's character).

We asked Paolo to auditon when we had the material ready. I didn't want to lead him on but during reading, we knew it was distinctly for him. We knew he was going to be the star! We had to make sure we use time efficiently and take scenes while he was doing makeup for a character since that takes 3 hours. We had to make sure we do justice for his makeup transformations, this is a different level. He doesn't even look at photos, he just does it on set so it was genius. Yes, I was worried about the acceptance in Tokyo because this was made for the Filipino market. In Kerala, there were people on the floor during the screening, it was that popular. I want that to happen here in the Philippines. I want this to do good in the box office.

We are already blessed with awards and we couldn't be happier! We're doing our rounds now, going to provinces, going to public markets, schools, different places. Dying beautiful is maintaining dignity up to the last moment. Pao's vulnerability is there but he shares it, he doesn't want to shortcut at all and that's great for an actor, he was very easy and fun to work with. I'm not trying to educate anyone, but I'm trying to just have fun and love the story. Hopefully after telling the story it would humanize the issues but not politicize it. The very heart of it is Paolo's performance and it's his character, the audience were very noisy in Tokyo and they were touched."

Paolo adds "Maybe in the looks, we talked about it. I had to bring my diva light so we could get the full effect for the movie. I had to do about 9 makeup transformations. It was hard because I had to do makeup and do the acting, it was hard and it took time. It's not for everyday, I had to make sure the other lights are right before we roll the camera.

This is my first title role and it was fit specifically for me, I wanted to do a different Paolo that you see almost everyday in Eat Bulaga. I didn't really do it for the awards, and when I saw it, it was worth it. Every dramatic scene, I needed to do about 3 versions, and I never found this tiring. I've been in showbiz for 16 years and I say GO! I'm very confident this is going to do good, I hope we help the Filipino independent producers. In the story, there are connections to the transformations. It's one of the reasons why you should see it. I get inspired when I watch these celebrities so their thing on TV and when my stash of wigs match that person, I'd try to draw them on my face and see if they match. Then I get surprised the person I wanted to do appears in the mirror. It's more challenging if they don't have strong features because it's in the details.

I was frightened to actually be in a casket, but due to our experience in Eat Bulaga, we got to experience that as a joke first. When the camera's rolling, I was more nervous and moved a lot so I was very conscious to not breathe and move my eyes. I challenge myself and being an artist, it feels good to be appreciated. I had all the time in the world during that shoot as it was the time I had off with Eat Bulaga."

Now if you're still thinking of what to watch this Christmas for the Metro Manila Film Festival, make sure it's DIE BEAUTIFUL just to see why it got the nod of the Tokyo International Film Festival and the Kerala Film Festival (who didn't have a best actor category but made one from the judges as he was really that good!). They promise you will enjoy watching this film so if I were you, I'd have this on my list! 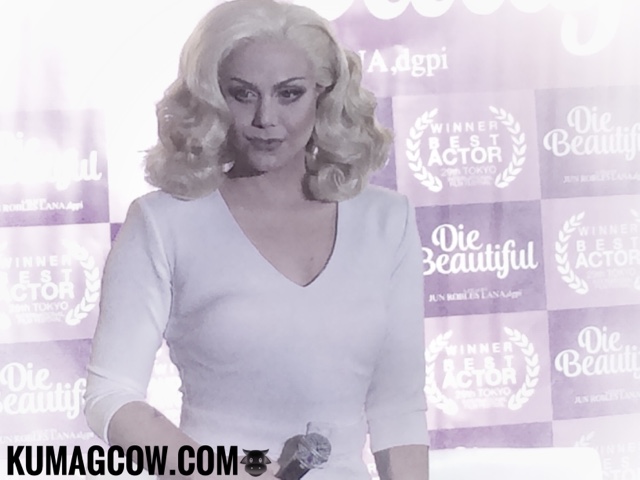 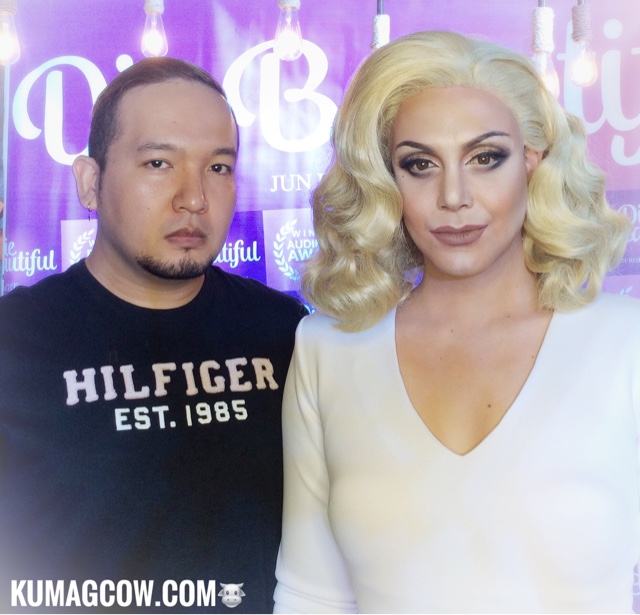 Watch it because Lady Gagi said so!