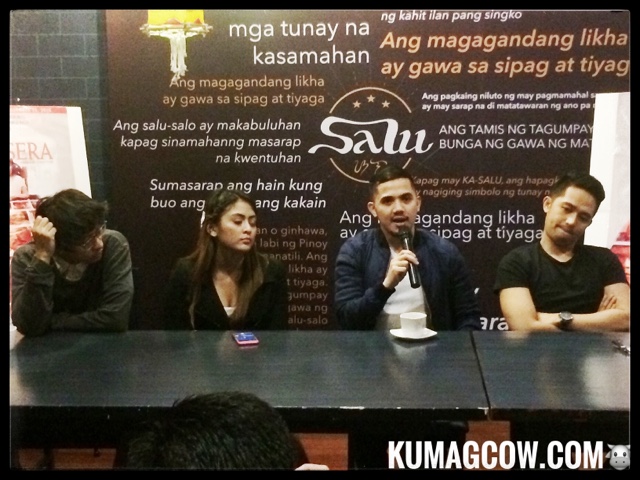 There's a system to the "dining table" that's quite unique in the Philippine setting. It's called the "Kabisera" which is a chair set at the center of the table usually given to the head of the family. It's like the King's throne to put it bluntly, but really an unspoken rule of respect given to them. At the halls of Salu (a restaurant at Scout Torillo in Quezon City), RJ Agustin welcomed us and promised we'll like what their film "Kabisera", this is Firestarters Productions official entry to the Metro Manila Film Festival 2016. He adds "This film is very timely, it's full of social relevance and good family values. We tell a story that inspires movie goers and when they go out of the theater they'll have something to take home. Who am I in the family? Do I have a strong character? Am I the breadwinner and do I have the right to be there?! We made a point to get the best ones so it would balance out since we had Nora Aunor in it. The Filipino audience now has different taste, you will see a different set, quality is a standard and taste is subjective and there is a high demand for high quality films." 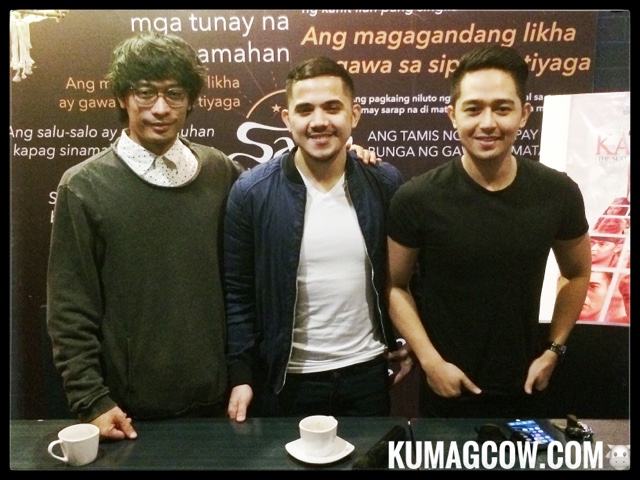 Director Real Florido says "I told myself, lMaybe this time, we could make the cut". Our last shooting day was two days prior to submission and this is really important for the industry to promote films that tell authentic real stories. Everyone in the production feels we did our best and what the Jury saw this year just gave us hope that there's more to this movie. Don't say we don't have a big star because we have the one and only Superstar Ms. Nora Aunor and 9 former awardees. The importance of family, giving value to what our conscience says and continue to ask questions. It started with a concept of a family drama based on real life. It's a personal approach, talks about tragedies of families. We already have Nora Aunor in the cast and it just happened later on that we had awardee actors as well. I learned a lot too from Direk Boy who also is part of this film. It was a collaborative work and we need to make sure we get to do our jobs as actor and Director properly, I've never met them and this was a great experience. We're already preparing for international festivals and screenings so I see more in the horizon where this film will earn. We're excited like the other entries, we hope we all do well."

Now's your chance to prove if the jurors of MMFF this year did the right thing in choosing these 8 films. They are all pushing for a PG rating and they want you to know that this deserves your attention, it's about a family and happened during 2007. The case is not even done yet but they can't divulge who it is. It's classic, it's powerful, worthy of your time and money for a strongly statemented (if there is such a word) film.