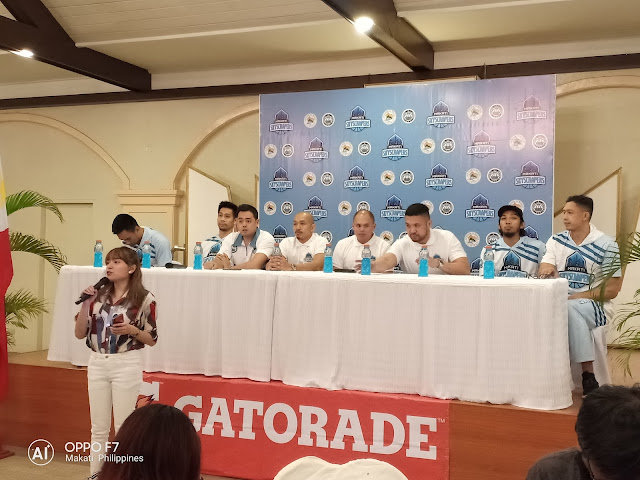 They say strong men maketh strong institutions, this might have been their hope. The Datu Cup is fast approaching and MPBL has been able to garner traction in the few months since it's inception. Of course that would mean only one thing, the franchise would grow bigger, and with that other cities and provinces that have shown interest in the beginning have now materialized and eventually, joined this league. One of them is the MAKATI SKYSCRAPERS.

Coach Cholo Villanueva says "We only had 1 month preparation, we are a young team so expect more quick plays, running, gunning from the outside. Mark Isip, Rudy Lingganay and the others will be leading the team. We will use our youth to our advantage. We are representing Makati and we want to be number one, we want this championship. For us, we wanted players to prove something. Like for instance they want to play for the pros, of they have that attitude they will succeed. We didn't want to cram, yes we had little lead time but this is a young team. We have a level playing field and it is an equal opportunity for everyone to shine."

Team Manager Martin Arenas says "Our City Mayor gave her full support, our court has been refurbished, every game we have medical teams on stand by. They also provide security on home games. Even if I am the current Barangay Chairman, I can still get to manage the team, it's just time management and I know it's in my blood to love serving the people and basketball which has long been my passion. I wouldn't choose one or the other, I will choose both. Our only goal is to be champion."

With a promising lineup of young basketball talents from Makati and around the country, a solid management team and coaching staff, the MAKATI SKYSCRAPERS will surely be vying for the top prize in this coming DATU Cup. Clearly, the MPBL has been able to take advantage of hometown audiences and this season's 26 teams will be battling it out in gripping fashion. Make sure you get to see these games as they've chosen some very talented individuals that could have been playing in the pros, which hopefully their exposure here would result too. This is a great break for all of them I'm sure.