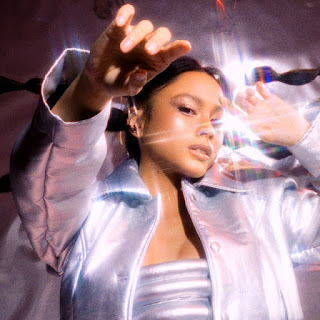 VALORANT has just released the full trailer for new Agent 19 NEON, an electric laden runner with fast mobility and speed from Manila, Philippines. Voice actor Vanille Velasquez got the opportunity to do this new duelist. Proudly, I am glad to inform you that our very own international recording Aussie Filipino artist Ylona Garcia  just released ENTERTAIN ME for this particular occasion in partnership with Riot Games and Valorant.

Entertain Me is a synth pop number that talks about female empowerment, and signified she won't be controlled or fooled by anyone. This is produced by DNA and written by Ylona, David Musmeci and Antonio Egizii. This is under PARADISE RISING/88rising Music which we have written about a couple months back. I've heard it during the singing parts of this video right here which was released by Valorant yesterday.

Now I don't know if there's any confirmation, but NEON actually looks like Ylona in some angles. The teaser trailer entitled "Nanay" which was released a few days ago also personified NEON as someone who misses home, her mom, very Filipino. She made a very tropical looking room and the good guys in the game actually liked it. I play this religiously so I'm going to be so proud hearing more about NEON, this song by Ylona as she becomes an even bigger star in the international stage. She's 19 and she's just starting!