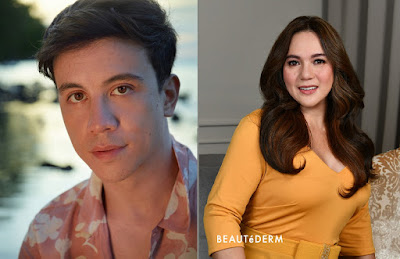 I've always adored Arjo as an actor but he's currently taking this different hat seriously. With the increase of COVID-19 cases in te country, he saw it fit to provide free Antigen testing in different Barangays under Quezon City's First District. Schedules include Barangay San Antonio on January 13 at the San Jose Street Basketball Court, January 14 at Barangay Bahay Toro's Basketball Court and January 15 at Barangay Paltok's Mendoza Street Basketball Court (all from 9AM to 5PM). This is part of his Aksyon Agad efforts in the district and says "I know a lot of people in my district have no access to Antigen testing and I believe this should be done in order to better address and stop the virus from spreading. Through this, they would know their status and know if they or their whole family are affected by it. It's time to get tested, and we're doing it for FREE."

Arjo is really taking major strides in making sure the welfare of his constituents are taken cared of. His sincerity is really unquestionable.

Recently, he and Mom Sylvia were given honors through Phoenix Excellence Awards for Entertainment 2021 in the Best Actor and Best Actress categories. Arjo also has been given the coveted Green Zeal from La Salle, which in my books he truly deserves. Ms. Sylvia says "I've seen how Arjo worked and how he has dedicated his life to his craft as an actor all these years. This is with hard work, sans all our difficulties, it gives us motivation to be more passionate at what we do in the entertainment industry."

Arjo also quips "The Green Zeal from my alma mater inspires me to continue what I'm doing in public service. This strengthens my Lasallian values of faith, integrity and honesty in all that I do. I aim to be a worthy man to receive this."