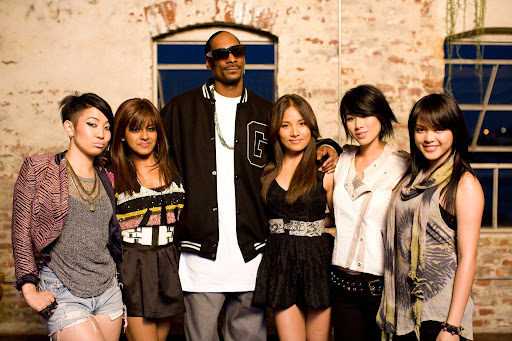 Rockin the billboard charts isn't easy but look at what happened to one awesome group called BLUSH!

Breaking boundaries and shattering dance charts is just one of the few things this new girl group has accomplished in a short span of time. BLUSH as they are called never held back when they had big breaks one after another in Asia and elsewhere in the world. Now comes another feather in their hat as they got the #3 spot in the Billboard Dance Charts for their single called "UNDIVIDED". Watch this!

This track was produced by Darrell Brown (did the same for Keith Urban, Bon Jovi) and Steve Schnur (who worked with names like Florence + The Machine and Busta Rhymes) and mixed by Manny Marroquin (did it with Pink and Rihanna) so it wasn't too hard for them to have a sure fire hit right from the get go. From the impressive resumes of the people behind the scenes and these talented women; they are steadily climbing the charts with their brand of music. They are very reminiscent of other great girl groups but what sets them apart is their spunk and their individuality even if they are together.


Make sure you take note of Victoria, Natsuko, Angeli, Ji Hae, and Alisha's names as they counquer more milestones in the music industry. Coming from different countries like Hong Kong, Japan, the Philippines, Korea and India they will be representing this part of the world starting with a collaboration with the one and only Snoop Dogg for starters. They also opened for Justin Bieber in Hong Kong and in "So You Think You Can Dance" in the US and the reviews so far have been phenomenal. Make sure that when you hit the stores check out their album and watch out for more tracks as they come out of the airwaves soon!

For more information please check out their management's website!