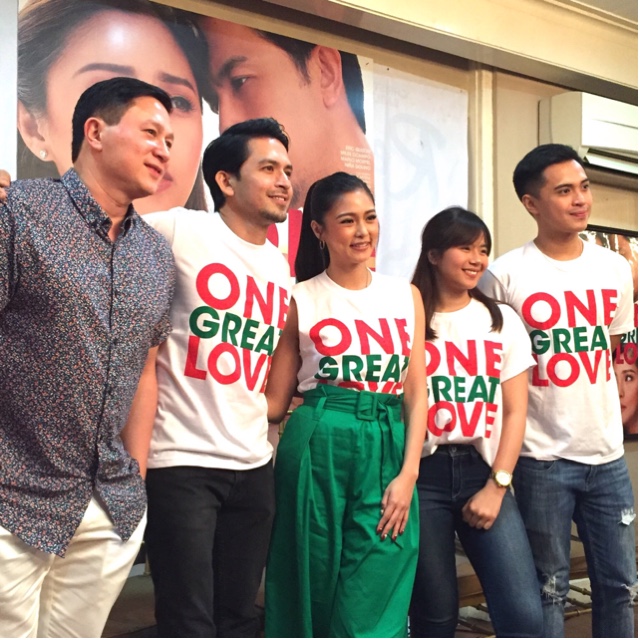 I was expecting an installment of Shake, Rattle and Roll to come from film production Regal Entertainment Inc. but I guess they had different plans this 2018. One Great Love is their official entry for Metro Manila Film Festival this year and it stars Kim Chiu, Dennis Trillo and JC De Vera who will play star crossed lovers who wished for an ideal relationship, in a journey that would take them to various depths of love, friendship, breakups and moving on. This is under the direction of Eric Quizon so it is already interesting to see they dynamics of this new pairing. 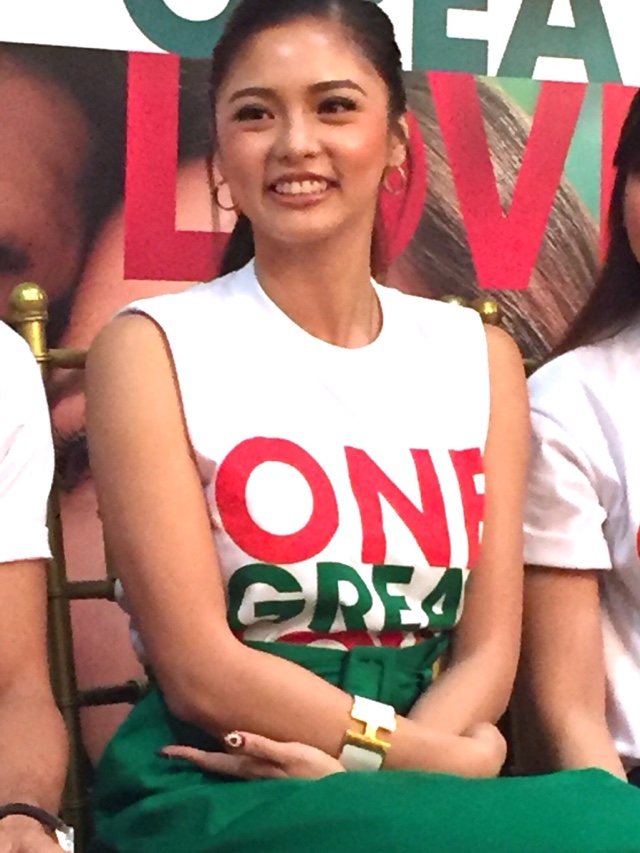 Kim says “ I am Zyra, who only wanted to find love. There are different kinds and forms of love, but it’s the one that you won’t forget, even time wouldn’t be able to erase it. At first I didn’t want to promote this because of the love scenes, I don’t want to label it that way because it is a movie that doesn’t exist just because of the love scenes. You will see it because it is needed in the story, I was challenged, they took care of me and I was secured, remained to my core that it is just essential. This is rated PG and not R18, I won’t be scolded by my grandma. I was really nervous so I didn’t talk to them, it started with us back to back. Are we ready to fall in love again? That is the question!” 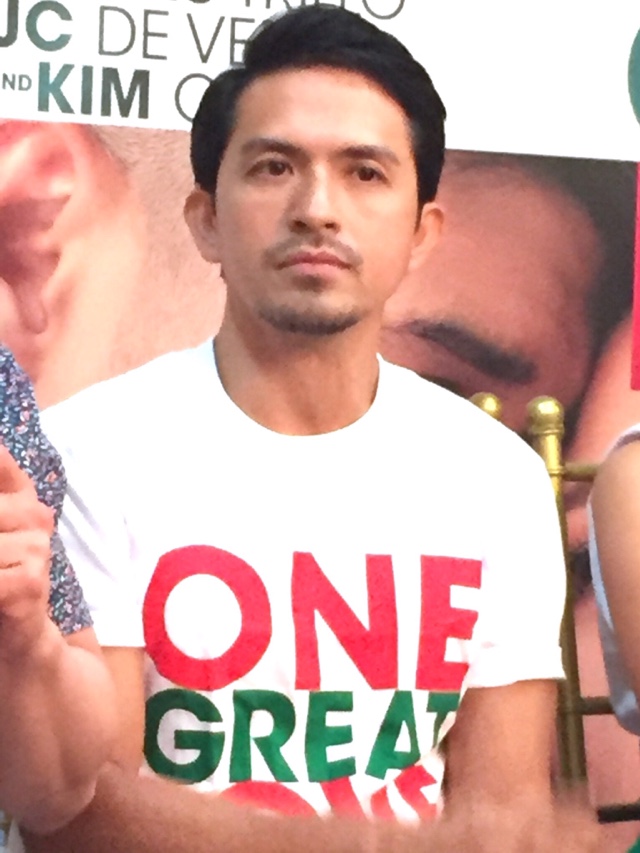 Dennis adds “ Ian is secretly in love with Zyra. It’s when you love less of yourself and more of them. It was fun and exciting to do this because I got to work with her even if we came from different channels. I was a little nervous during the first few days so I really talked to Direk Erik just to shake that off. I had to had help, and also helped Kim so we would be comfortable in both sides. Kim’s kiss is gentle. For those who are confused like we are in the movie, this is a nice place to start. If you get hurt you will get to realize a lot of things, that pain will always be there. You will remember the good and bad things.“

Marlo adds “I play Bryan, the one great love of Miles. Everyday you want to spend time with her, it’s the greatest feeling. This is the first time I am doing this role and we only talk when we are on the scene. They should look out for the sofa scene. She is literally light to work with.”
Miles says “I am the younger sister of Kim in the movie. I always ask myself about it, unless you feel it you wouldn’t consider it to be the greatest one. Actually One Great Love isn’t just because of that, it has deeper meaning. We all went through it at one point, you will relate with the characters and this will bring something for anybody.” 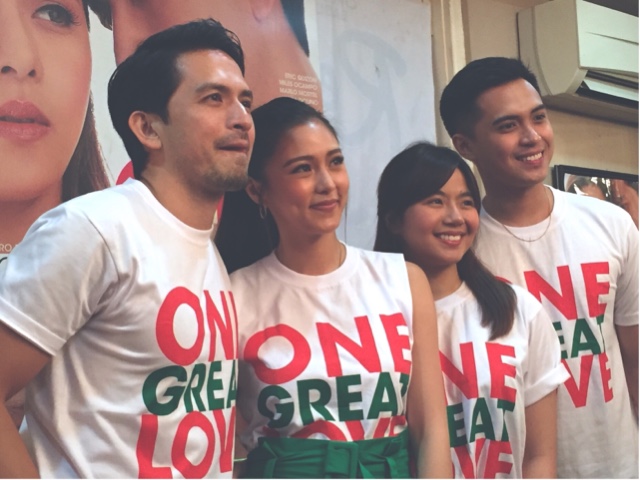 Eric Quizon says “When you say great love, it’s the truest one, the one you spend time the most. The script was by Gina Tagasa and it was just given to me, at first I was asked to change the title but I didn’t want to do it anymore because it was a great script. It was made and given to kim solely. She read this on the plane and agreed. Casting was a different process, the casting was thought about because this is out of Kim’s comfort zone and JC and Dennis had to sync because the managers wanted the opposite role for them but I wanted the other. Originally the kid sister was the sure one, it’s why they ended up giving advise. I did several jobs before this so it was easy because they have initiative. They talk in one corner and very professional, I heard Kim scream every now and then. Zyra went through waiting, hurting, the happiness, realization so you will go out crying and happy at the same time.”

Go rush to theaters this December 25 as they are part or the Metro Manila Film Festival.