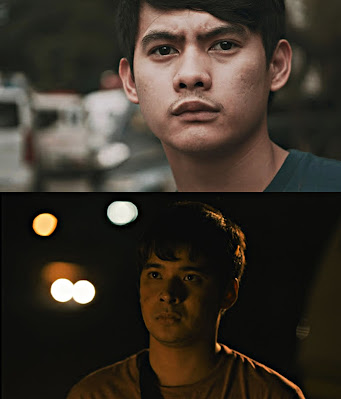 Luck has come our way as the Philippines through Cignal Entertainment's movies bag awards at the recent 19th Asian Film Festival in Italy. This is a big win not just for the production of two pieces "Big Night!" and "Resbak" (english title Payback). This happeened last April 7 to 13 this year at Farnese Arthouse in Rome and undoubtedly, has brought honor once again to the country in this Asian exhibition featuring 30 different entries from countries like Japan, South Korea, Hong Kong, Singapore, china, Taiwan and Thailand.

"Resbak" director Brillante Mendoza was given a Lifetime Achievement Award by the Roma Lazio Film Commision. Actors Christian Bables (which did Big Night) and Vince Rillon (from Payback) on the other hand won Best Actor for their respective films that are produced by Cignal Entertainment. News of having these in streaming platforms soon are in the works so that more people would be able to watch it. Payback will be released in the Philippines soon.
For those who don't know, "Big Night!" was previously shown in Metro Manila Film Festival in 2021. This is directed by Jun Lana and had stellar reviews, also won several awards including Best Actor, Supporting Actor, Director, Screenplay, Cinematography, Musical Score, Best Picture and the Gender Sensitivity Award (which was fitting!).

This is a part of what Cignal Entertainment is pushing for. They want to champion fresh, socially relevant and world appealing films and show them to a greater audience. They are thankful for the awards they won in this festival and the ones bestowed to the people who are in these films.

You may visit their official website at www.asianfilmfestival.info for more information about the films and the awards they've given to different films over the years. Congratulations Cignal Entertainment!