The People of TOP CLASS: The Rise to P-POP Stardom! 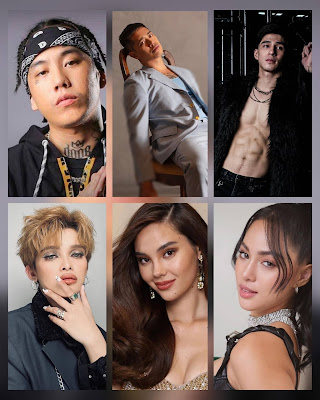 Looks like June is going to be an exciting month as the show entitled "Top Class: The Rise to P-POP Stardom" starts airing on KUMU and TV5. Miss Universe Catriona Gray will be hosting the show together with Albie Casino and Yukii Takahashi who will be doing co-hosting duties and the online segment of the show.

Contestants were picked from thousands who auditioned for the show and to choose the right one for the job, they've got world class mentors KZ Tandingan, Shanti Dope and Brian Puspos who will be doing training for Singing, Rap and Dance in this promising reality show.

Only 30 talented male trainees will become finalists and Filipinos will be in the front seat to see who among these aspirants deserve the top spot as they battle it out to become P-POP's best offering to the world stage.

You may follow them on TOP CLASS' official social channels like Facebook, IG, Twitter, TikTok and KUMU. They will be holding classes at NU Laguna, and it'll be epic when they announce the names of those who qualified for the epic show. This is produced by Kumu, TV5, Cignal Entertainment and Cornerstone Entertainment so you can only expect the best to happen on Philippine TV.


Who will be the next P-POP rising star? Ooh I can't wait to see who wins!