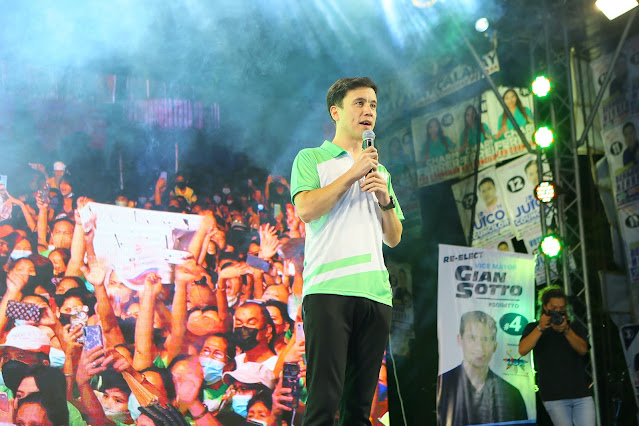 Quezon City First District Representative Congressman Arjo Atayde has been working hard in the past few months and this has been cemented by him topping the recent survey done by RP-Mission and Development Foundation Inc. which is a leading provider of opinion data in the country.

After winning in a landslide victory during the elections, he has already filed over 50 bills and acted on several projects for his district that includes flood control, medical assistance, livelihood projects, feeding programs, disaster preparedness, and work for women and LGBTQIA+ sector in his district and other communities in Quezon City.

With an 80 percent approval rating, his work involving representation, legislation, and service has been the main driver for his rank. This was told by RPDM's Executive Director Dr. Paul Martinez.

Arjo is extremely thankful about the support he's getting from his constituents in Quezon City's District 1 and says he's just giving back to all the love and support he is getting from the community. This was done with over 10K respondents during November 27 to December 2.