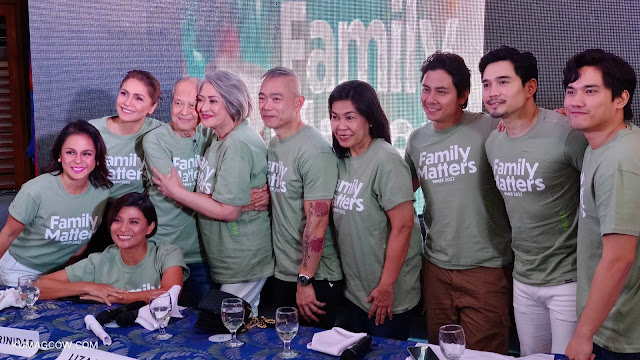 If you've been seeing trailers left and right for Metro Manila Film Festival 2022 happening this month, you probably remember this one by Cineko Productions (under Mayor Enrico Roque). It was able to touch the hearts of so many Filipinos in the trailer alone as it delved into the story of a FAMILY.

Francisco and Eleanor are in the geriatric age, and got sick, requiring much care and attention from their family, but the eldest had to go find love elsewhere. This forced the other siblings to step up the plate, but the couple chose to do things their way, butting heads as the patriarch still wants to be taken cared of by his wife Eleanor which she thankfully obliges to do so later on the film. It's played by Noel Trinidad and Ms. Liza Lorena, plus an ensemble cast which includes Nonie Buencamino, Agot Isidro, Mylene Dizon, James Blanco, Nikki Valdez, JC Santos, Ina Feleo, Ketchup Eusebio and a throng of other actors that put their trust on this MMFF 2022 entry.

Here's what happened during the press conference on video, please, enjoy!

I asked a few unconventional questions during the press conference specifically on some parents making an investment out of their children. Also, I tried to see what they think of how Filipinos make it an obligation for family to take care of them in their older years. I was impressed how Mylene Dizon answered it after stating the differences, saying the care Filipinos do come from a place of LOVE rather than it being embedded in culture overall. 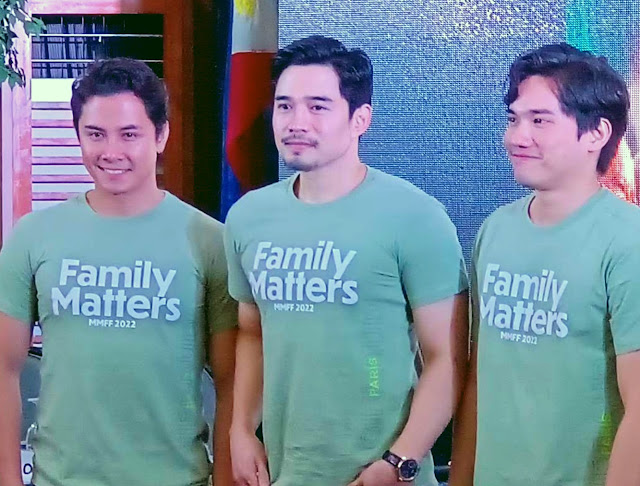 It is no surprise that those who have seen the trailer already shed a tear or two as this film comes from the same people behind "Miracle at Cell #7" that won awards and box office success in previous MMFF years. Will this prove to be a sure fire formula to success this coming December 25th? You're going to see a lot of actors vying for the Best Actress role and might need to compete with Ms. Liza Lorena. The ensemble cast is also a tough act to follow since they formed a real family doing this movie.


It's going to be a very interesting awards night and you might be looking at another successful entry when you watch "Family Matters" during the MMFF 2022 days. This is Directed by Nuel Naval and written by the prolific Mel Mendoza-del Rosario. They warned us and said this time, tissues won't be enough for your tears, bring towels!