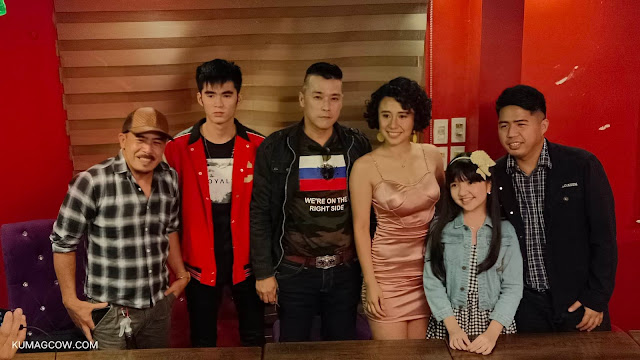 I feel there's a certain resurgence happening in the film industry, and with lots of room for growth, more players come in to get themselves associated with genres like drama, comedy, action, and sometimes horror. It provides exhilarating entertainment for folks of all ages, and so LGM Grand Entertainment and LMK Productions took the liberty of doing a film called PINOY GHOST TALES.

Writer Lawrence Nicodemus likens this to the series Shake, Rattle and Roll (which has sorely been missed in recent years on Metro Manila Film Festival) which he says has inspired him to write these three stories (a trilogy). 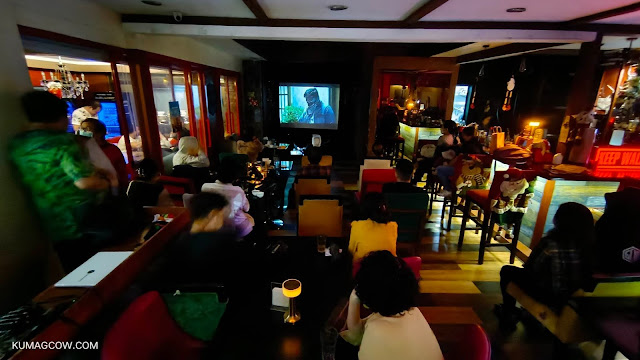 First is "The Imaginary Friend", while the second one is "The Manager", and third is called "The Actress". As the name suggests, "The Imaginary Friend" is about an entity that a kid talks to, unbeknownst to her family who wanted to keep her away from it but ends up getting the brunt of its different forms. It stars actress Shermaine Santiago, BL superstar Arkin Del Rosario, talented child star Elia Ilano (who by the way answered press questions quite nicely) and seasoned character actor Richard Quan.

The story of "The Manager" on the other hand talkes about two professionals who ended up fighting for a management post, but one of them was rumored missing (hence the scary part as she kept appearing when the protagonist was put on the same post). Hence one asks, is she a friend? or a foe? Much of the work involved was reprised by Aubrey Caraan. Also in the episode is vixen Katrice Keirulf, Ms. Veronica Reyes (who was also there during the press preview) and notable character actor Ping Medina.

For a mix of situational fun and horror, the last one called "The Actress" was actually enjoyable. It's like I was watching a Wen V. Deramas+ film all over again because Jeric Raval, Rob Sy, DJ Durano brought so much fun in the last episode. This is also a film where Jeric is appearing in this project with his son JK and daughter AJ Raval. The story revolves around the mysterious accident that happened going to the set of this film. AJ wasn't with Viva yet when they filmed this (much during pandemic). To give more context about the film, here's the press conference on video:


Currently, they are finding ways to put this out in either theaters or streaming platforms. This film was also made by three different Directors Afi Africa, Jojo Nadela and John Isaac Natividad. Surprising how Jeric also did a few funny situational skits in their episode so that's something you should watch out for.

This will be shown soon, so make sure you stay tuned for updates.