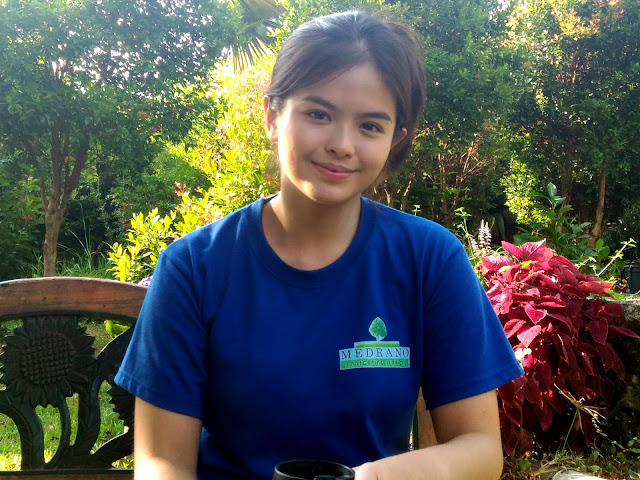 Bea Binene has remained as one of GMA Network's prized actresses. She continues to make top of the line afternoon prime shows that has been receiving great ratings and this one goes the same. The story line of a human who identifies herself as a dog just takes primitive to a whole new level. There are real cases of these and if you can just imagine how Bea has put up her paws just to deliver this role, it would have been really hard. The make up process takes hours and she had to be in it for more. It wasn't the best feeling as she says it was sticky, hot and you could pass out anytime soon if you think about the weather in the Philippines. It was hard at first but she knows the director wouldn't ask her to do it if it wouldn't be part of the script and imagine, Laurice Guillen is telling you what to do. If she finds out you are not prepared and you haven't really memorized your lines, she'd probably go ballistic and let you feel you are the cause of delay when in the shoot. They all said that during the small interviews we had with them.

Here's Bea Binene's interview on video, this is in two parts so make sure you play part 2, enjoy!

Check out how Bea reveals more about Derrick Monasterio and how they bully each other. 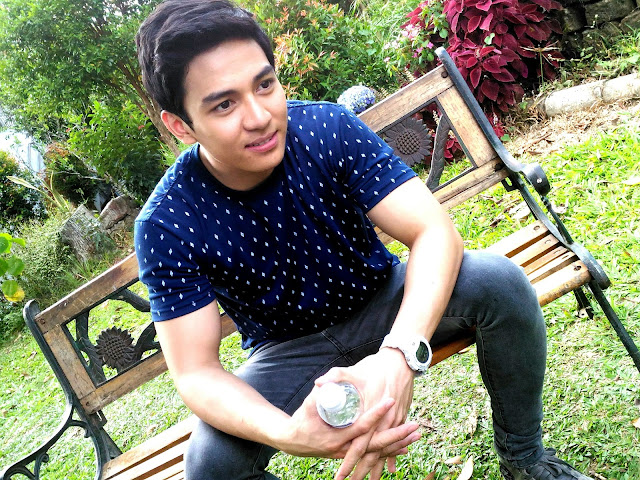 Jak Roberto has been able to show his prowess in all the projects that he's been in GMA. He knows he needs to do this in return for all the help that Master Showman German Moreno has given him and countless talents in the industry. He's a product of Walang Tulugan and attributes most of his success to the man who is behind it. I find Jak very fit in dramatic roles and he all seems so natural. I wouldn't be surprised though if he gets casted for sexy ones because just take a look at him, he's one of the most well built guys on screen and he's not afraid to show it. In the show, he plays the role of Elmo, a friend of Calvin and he's admittedly saying that the character is some sort of a rebound but not a contra bida. Take a look at our short interview with Jak during the set visit of HMKM, he also describes his working relationship with the famed director Laurice Guillen and how he's learning a lot from it. Here's the hunky guy in two parts, enjoy!


Jak also has a short message for Sanya Lopez, his sister who landed the role of Danaya in GMA's epic show Encantadia. 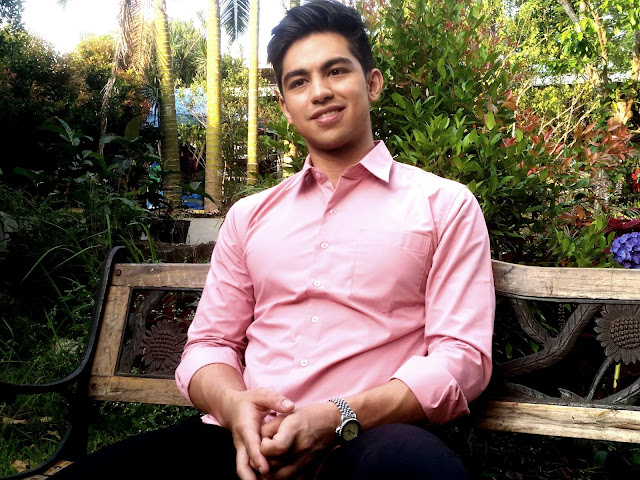 The man of the hour, the guy who's possibly being groomed as the next GMA prime actor is no other than Derrick Monasterio. I can feel how GMA is moving earth and the heavens to have him spotted at the best magazines, events, an album, the best shows so he could well be on his way. This is without discounting the fact that Derrick is freaking working hard to achieve this goal. During this interview, you might see him a little uncomfortable, not because he is, but because he's actually working out so much that it hurts when he walks. He's that determined to be the ultimate guy on screen, the one you always dreamed of, and why not give it to the one that does the legwork figuratively and literally. He plays the role of Calvin in the series, the one who took Bea's character in. He's going to tell you what's about to happen to them in the series and would share a couple more things about working with his co stars and Direk Laurice. Bea and Derrick are super close friends in real life, the kind that bully each other and takes it lightly in the end. He's going to discuss how different it is in "Vampire Ang Daddy Ko" and working here.

Here's our interview with Derrick in two parts, make sure you watch both!


Here's Derrick to personally invite you to watch their show!

Hanggang Makita Kang Miuli shows 3:30PM in GMA's Afternoon Prime. Make sure you catch the story early on, so you know where their characters are coming from. Thank you so much to Bea, Jak and Derrick for letting us interview them during their busy shoot. Thank you also to GMA Social Media for connecting us! Hope this isn't the last!