Looks like they are amping up content creation over at TV5 and they're bringing in the big guns as WANTED sa Radyo now becomes a series with their new show WANTED: Ang Serye (Mga Kwento sa Likod ng Reklamo) starring the man himself Idol Raffy Tulfo. This will come out 9-10pm on Saturdays on TV5 and it's associated channels soon. The show will feature several of their actual cases, based on real life which have been shown on the hit news show. 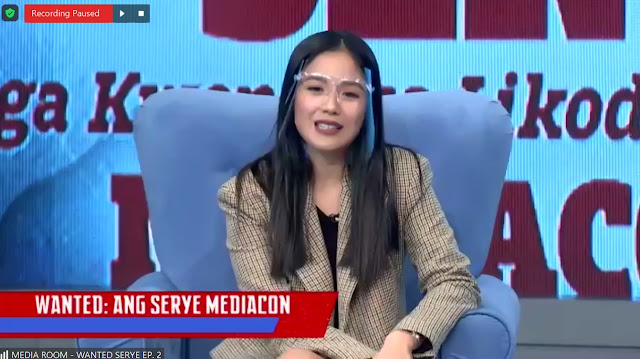 The first few episodes include Epi Quizon, Ritz Azul, Adrian Alandy whom we also interviewed during the mediacon today. The first one talks about a transgender and a lesbian having an abusive relationship, the other one is about fidelity and all the complexities that come with it. This unfortunately will not be shown on YouTube yet but perhaps soon, as we were told, they will still be looking into it. Here's a short interview we had with them this afternoon.
Sir Raffy was asked about why he was the number one person to look for when they have issues, he says "Maybe because I am able to solve their problems, so when they need help they actually look for me first." Here's a little talk from the man himself.
Raffy also promised that in every episode that you will see in this show, you'll learn valuable lessons from the lives of ordinary Filipinos who have been on the show. Not only that, you'll also see some of the really nice solutions to domestic problems that are all around the country. You'll also get to see how they end up, some really reconciled... but you would have to see that on the show. Make sure you do this Saturday at 9PM on the Kapatid Network, TV5!