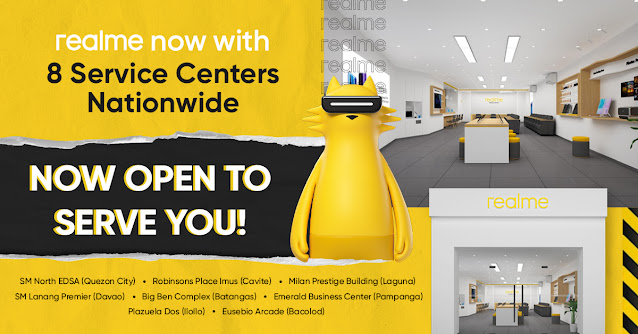 I've been using my realme 6i for a little under a year now and yes, I've been enjoying it a lot especially for my vlogs since I shoot and edit them on the same phone. I also take a lot of photos with it and sure enough, it has sufficiently made my blogging life easier because I didn't have to use other phones anymore to do things. That's a whole lotta chunk of my workflow in the past because I usually edit and record on Android and edit them on iPhone.

Being the number one selling phone in the Philippines, realme has transcended to be an alternative to most Android phones here in the country, and I've seen A LOT of people using it for gaming and the stuff I do too. Now, recently, they've copped the number one spot in sales for the Philippine market, and just like what Aunt May says, with great power comes great responsibility. When units sold go so fast like that, the need for after sales support also grows which is why realme Philippines is making sure they've got everything covered. They just recently opened 8 dedicated realme service centers in the Phillippines so now, you can take your phone and have it fixed, checked out and tested in different parts of the country.

They are now open in SM North EDSA in Quezon City (which I'm so near too), in Milan Prestige Building at Calamba Laguna. There's also Emerald Business Center in Pampanga, one in Robinsons Place in Imus Cavite, one in Big Ben Complex in Batangas, Plazuela Dos which is very near my hometown in Iloilo, Eusebio Arcade which is in Bacolod and last but definitely not the least, SM Lanang Premier which is in Davao City. That just means that it's going to be easier, way better for people to seek help when their phones get broken, a really neat thing to have peace of mind when you're just starting to love the brand. The best gamers, bloggers and vloggers are already using it, so if you're keen on making that phone purchase you've been holding onto during the pandemic, this might be the thing you're looking for.

Go get your self acquainted with a realme. Support details can also be seen at https://www.realme.com/ph/support.