Are You A World Class DOTA Player? Prove it! 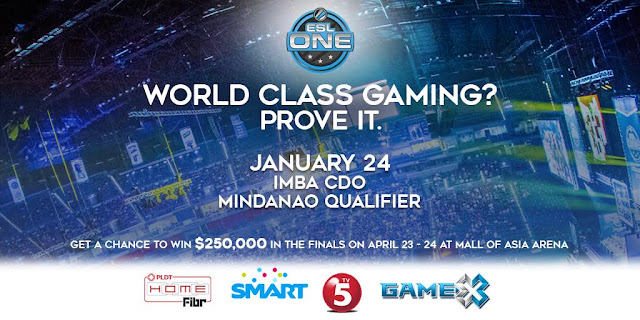 If you're a full blood DOTA 2 player who trash talks everyone else while playing the game inside the confines of your home or the Computer shop, then there's a place where you can put your trash talk where your mouth is. You see, ESL One is coming to the country and they've partnered with the best people in the industry like SMART, PLDT Home Fibr, TV5 and GAMEX to bring you a one of a kind chance to win $250,000 cold cash. Isn't that amazing?

If you're from Mindanao and nearby provinces, come to the IMBA CDO Mindanao qualifier on January 24, 2016. Winners on this leg will have the chance to go to Manila for the finals on April 23-24 at the Mall of Asia Arena in Pasay City. You'll be on a world stage after that as the winner would probably represent the country because it is handled by ESL One. This is being done for the first time in Southeast Asia and is dubbed as the first Premium DOTA 2 tournament in the region. Now is the time to prove it if you're the greatest player in the land! Check out Smart's page here for more information.

For more information about their tournament: