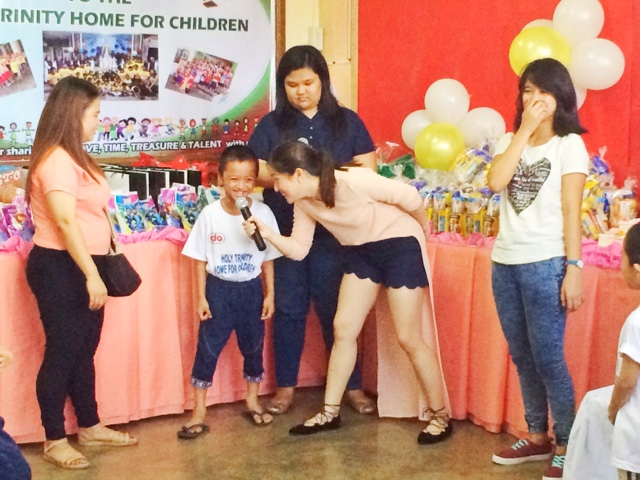 It's been a while since we've seen the beautiful Joyce Ching. She just celebrated her birthday with kids from Holy Trinity Home for Children, a shelter for kids without a home or family. They teach them catechism, good manners and send them to school. 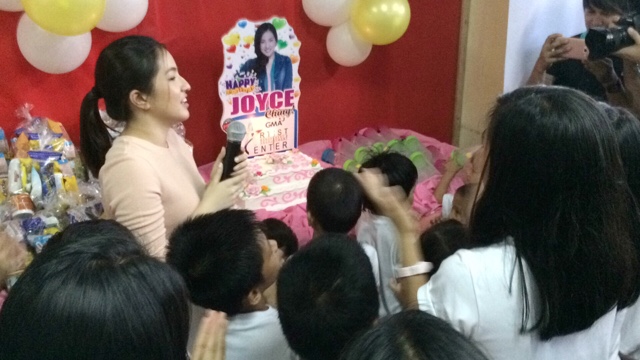 Joyce is currently part of the new love series Because of You which stars Gabby Concepcion and Carla Abellana. She portrays the role of Cheska Salcedo, the daughter of Jaime Salcedo played by Gabby. She's probably going to have a play in the relationship because it'll be difficult to pursue something if there are kids involved. It's fun actually, not too heavy. It's more romantic, more kilig, and it just is more conflicting because they probably love each other, but there are times when Jaime just had to leave for family matters. This is where Andrea feels so left out, as she first was left hanging in the mountains where they first got to tell each other how they feel. 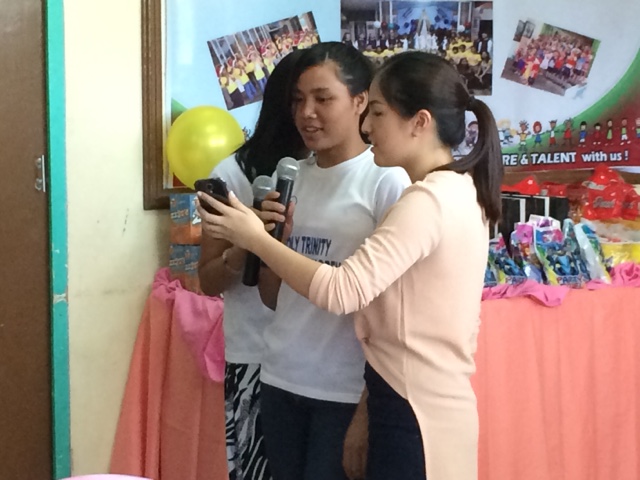 Anyway, Joyce was so happy during this celebration because she got to spend time with kids. During our small interview, we asked Joyce a few questions about the show. Here's a short video:

Joyce isn't entertaining suitors as of the moment but realizes she has fixed a lot of things in her life after her previous relationship. She has matured a lot and is focusing on her studies and career. She's planning to finish her studies as she's taking up film in Mint College. She's eager to actually be behind the camera in the coming months, and perhaps make a few documentaries based on the scripts she also made. She's also happy that her fans were in the event supporting her, they personally packed everything that they gave away to the kids. She's been very blessed, and hopes she would continue to have more projects after the current series she's in.

She also told us that during the cake blowing, she wished for the kids to have successful careers, make their dreams come true. Isn't that selfless? It's one of the reasons I love her, she's down to earth, and very humble. Happy birthday dear!