Viva and TV5 Launches "Born to be a Star!" 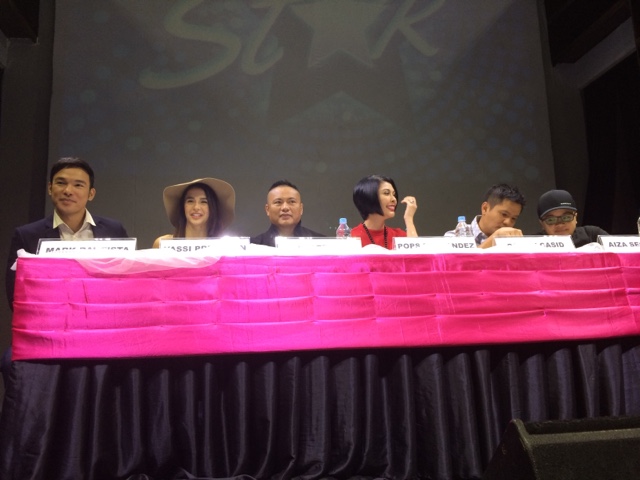 It's the first presscon of the year and we're glad VIVA invited us on their new show called "Born to be a STAR!". It's a reality singing contest showcasing the best of the best singers in the country. They also introduced the judges none other than Rap Legend Andrew E, Acoustic Superstar Aiza Seguerra and the one and only Concert Queen Pops Fernandez. 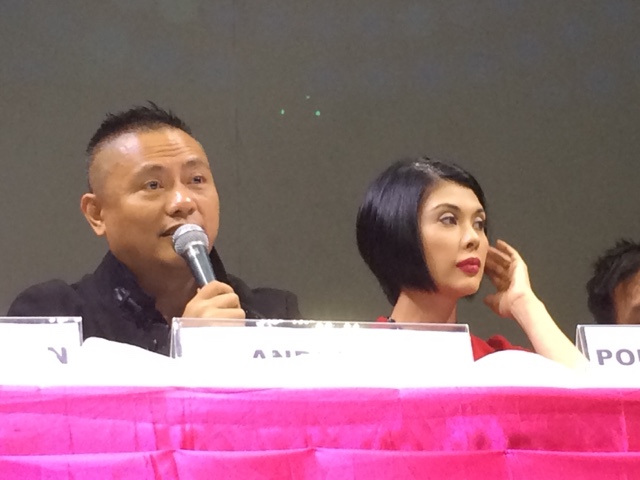 "I'm always grateful in all the things that come my way, this is a new year and a lot of new things are gonna happen and we believe everything will happen. It's a break from boyfriend questions. It was so hard to do this in the past because we didn't have the Internet. There were only a few people given a chance and this time we're looking for that one person. It depends on how lucky you are, the face and the voice, there's that IT factor that is needed also for you to be a star! I thought it was easy, I've gone through tons of hardships and I hope this also gets us the star we're looking for."says Pops Fernandez.

"The show hasn't started yet but I'm so glad Boss Vic and Viva trusted me with this. This is going to be one of the toughest shows, we're already saying there will be a star and I'm honored to be part of this show." says Andrew E. 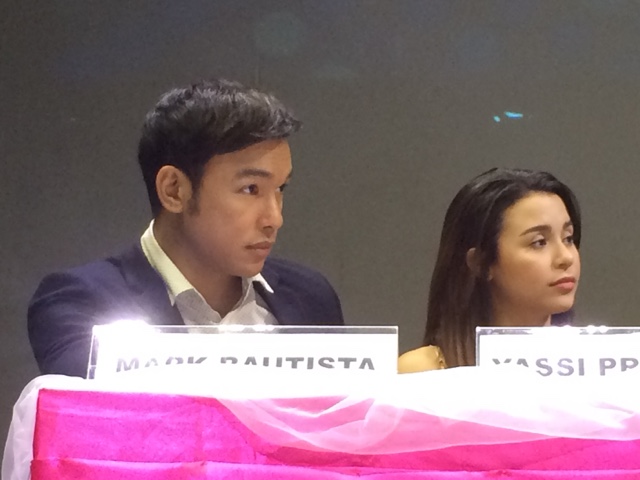 Mark Bautista says "First time to cohost and it's kinda reminding me of the previous competition I was in with Sarah Geronimo. I can't wait to see how this show goes. I'm not tied up to any network but I'm still with Viva Artists Agency and we're looking for the next star!"

Yassi Pressman added "I feel so lucky to have been given opportunities by Viva and this is one of it. From Diary ng Panget and other shows, it's a good feeling they continue to trust me."

"Viva plus the expertise of TV5 is gonna be in one show, so just imagine. I'm happy and optomistic. My expectations are very big and the fact that this is here, I'm so thrilled about it. The brightest stars only get proper names, but it's not always easy to be a star. We're looking for that one person who wants to make a name for himself and how he gets to embody that. There are only a few who want to get it for themselves." says Ogie Alcasid.

"We went to the previous format, auditions, weekly and monthly finals, a whole year of searching for that one star. So we're going to have a great run. The program is made to find that person, it's been a few years already and it's time."says Direk Monti Parungao.

"There are things that are discovered, there are some manufactured and some are really born with it. We've done really good things in the past and this is the next one, hopefully we'll find more!" says Boss Vic Del Rosario.

Auditions for male and female applicants (13-18) will be in SM CITY Bicutan on January 9-10, SM CITY Sta. Mesa on January 16-17, SM CITY San Mateo on January 23-24, and SM CITY Novaliches on January 30-31. There will also be other legs in Cebu, Davao, Batangas, Dagupan and Metro Manila on March so watch out for that. This will be aired on February 6, 2016 on the happiest network in the country, TV5!