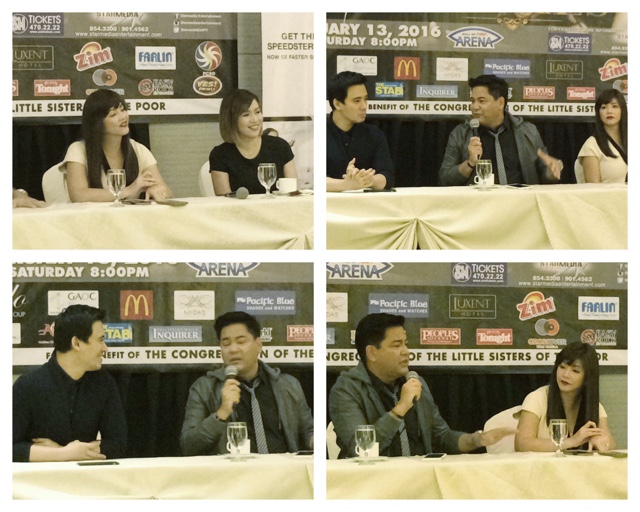 We were at the Luxent Hotel's Ballroom to witness the press conference of ROYALS, the biggest Valentines concert this 2016. The biggest names in the industry, Martin Nievera, Regine Velasquez-Alcasid, Erik Santos and Angeline Quinto will give you a musical extravaganza (a term Erik used to describe the show) as the country's most revered balladeers and belters stage this at the Mall of Asia Arena in Pasay City. We all know how world renowned singers Filipinos are but these are the ones who set the standard if it's singing in this part of the world. You'll be in awe of how much power, charisma and presence will be put in this one day concert in Manila, or when they get the same act the next day in Cebu's Waterfront Hotel on Valentine's.

Here's some excerpts of the presscon this morning on video. Enjoy!

About relationships, we heard a little more about the pairing of Erik and Angeline. Regine and Martin didn't hold back telling them what they thought about what was happening with the two. 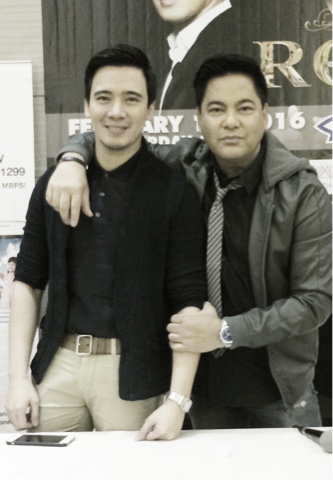 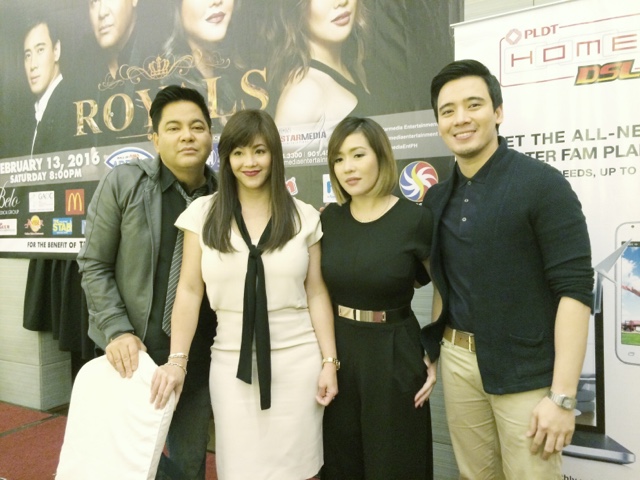 "The singing circle is very small and the relationships are often in the same business. It's easy to fall in love with someone in the same business because there are only a few people. I think they're just enjoying what they have now." says the songbird Ms. Regine Velasquez Alcasid.

Martin added "At the end of the day, our relationships belong to us, not the fans or detractors. It is important, I wish I had little admissions, a bit careful, it's a good thing we were friends first, our foundation was good and other artists don't have that to become in good terms after the relationship. Let's not give more pressure, they should live it without that, and they have the option to keep it to themselves. It's okay to be honest though."

"I think I'm already used to it, it's double the effort to have someone in the same industry because everyone wants to know, I prefer to keep it to ourselves but it doesn't mean we're going to not say that out loud, publicize or what not, it's a hard thing to do that. We don't have anything to admit right now and if there is, I'd be the first one to have a press conference." says Erik.

"I don't have anything to say but I'm sure when I entered his life, I already know that the other Quinto wasn't in his life anymore." quips Angeline about their relationship.

I specifically liked the part where Martin shared how he and Regine actually perform for free from some concerts of new singers and says it's a way for them to give back to the industry and help other people as a manner of paying forward. This is in the hopes of actually having them do the same when they are in the same position. I'll ask them about that in the next press conference which I think will happen quite near their concert date. Remember, February 13 at the MOA Arena, February 14 in Cebu Waterfront Hotel!

http://www.starmediaentertainment.com/
Posted by John Bueno at 10:00 AM