The Story of Us Grand Presscon 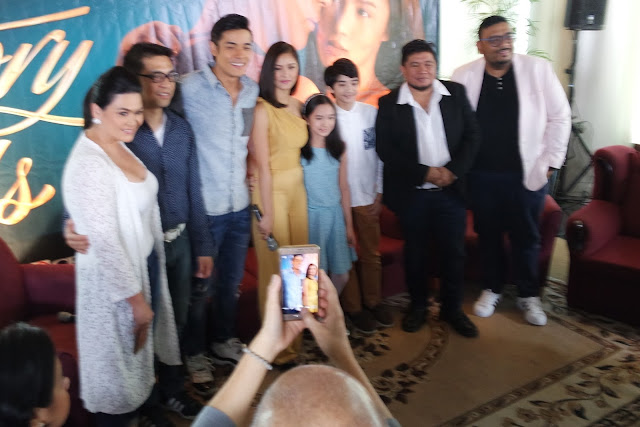 We're at the Grand Press Conference of the Kim Chiu - Xian Lim starrer "The Story of Us" today. Xian and Kim looked as sweet as ever! They first thanked and asked the press to spare space on their columns for the show and told us about the overwhelming feedback of netizens and the Filipino viewers til now. 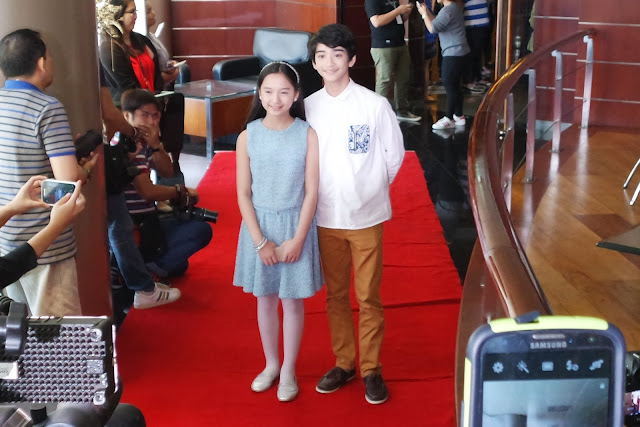 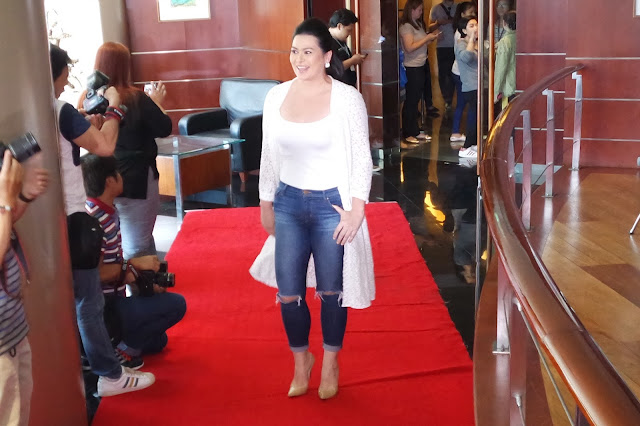 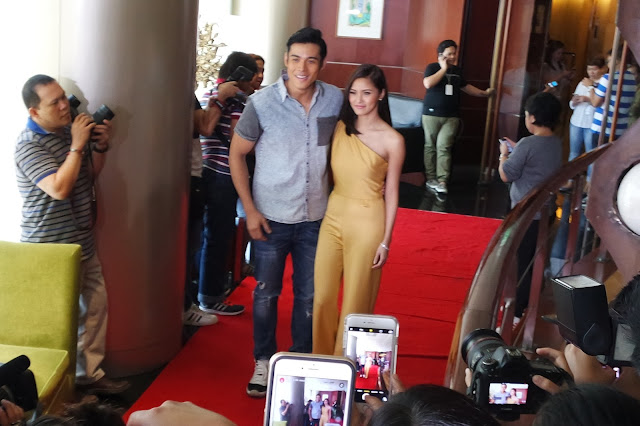 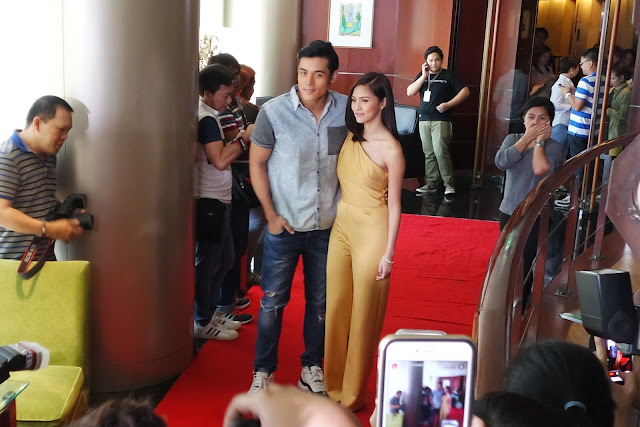 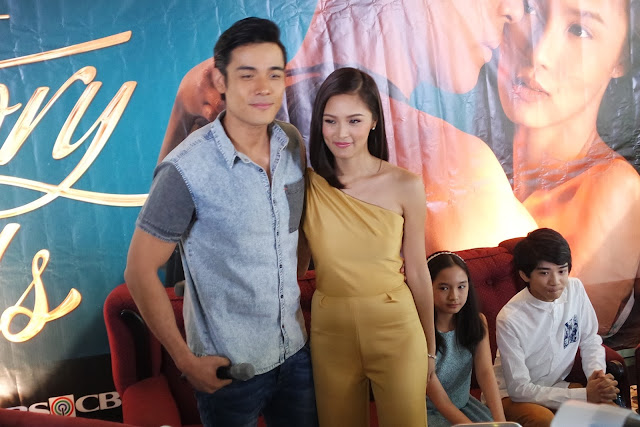 The Story of Us is also going to have mini stories in between the life of Tin and Macoy, the continuation will be in radio (via DJ Chacha's show) and digital properties of ABSCBN. They're also asking inspiring stories from the OFW's, the public as they will feature them in the show. Mico Del Rosario also mentioned that because of the performance of Zaijan Jaranilla and Alyanna Angeles in the show, they will be also doing a full program for them, doubling good news. 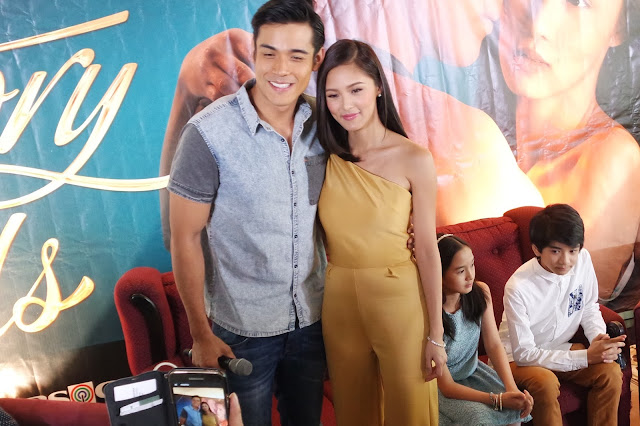 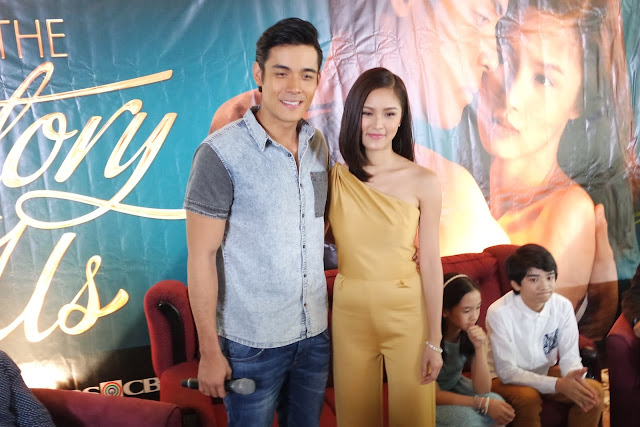 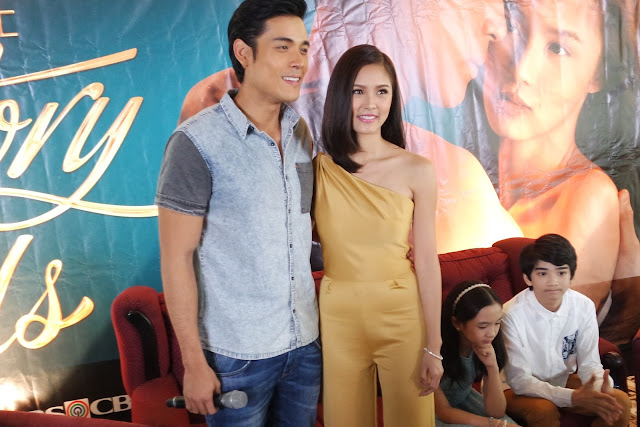 Kim says "This is fun because people can really relate to the characters of the show. Every Filipino would realize that this is also their story. Tonight's episode will have me stay in a motel because of a discount card, funny but it's something that happens in reality. My character wants family first before going into love and relationships. We had fun in New York, Tita Zsazsa cooks for us early in the morning to prepare breakfast and clean the house even if we had a whole day of shooting. It was so cold there, omaygash, Xian tries to keep us warm with ear mops, hand warmer, and coffee. We didn't really like the weather in Central Park as it was dead cold! Every nice place in New York, you'll see that all in the next few weeks. We even rode the free ride to Staten Island and saw lady Liberty"

Xian says "Macoy is a very driven person, he's got a lot to prove like me. We met a lot of people along the way and they tell their stories on how they survive everyday. It's very relatable but when you see Macoy I hope you also see his struggle and learn from it. I love shooting in Times Square, even if it was difficult because there were a LOT of people. Filipinos there even were taking selfies while we were shooting, we felt very welcome because after obliging fans, they give us Pizza too! We were very happy!"

Meanwhile to answer a question about their current status, Xian proudly says "I'm not ashamed to tell people how much I love her, but I have to protect her. "Nagmamahalan kami".

Direk Richard Somes adds "Everytime they have moments, I think the magic is there. We have Xian and Kim to thank for that."

The Story of Us shows on the same slot as OTWOL, which they replaced after it ended a couple days ago. This is part of their primetime.