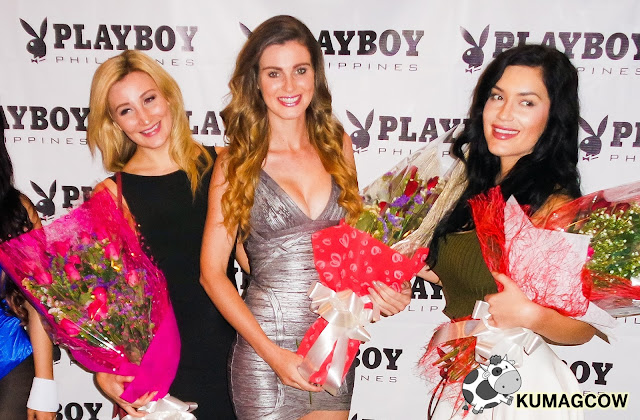 Having been able to get the magazine, read and seen was enough for me, but getting to see the actual international playmates was just really off the charts. Yes they were here, in the flesh during the intimate meet and greet session at the Brewery at the Palace in BGC. I must say, I've already seen some of them during a runway event in Solaire a couple of years ago and that time I couldn't believe how much we've been lucky to have them in the country. Dragging along my guy friend, we braved the metro's traffic and sat with a couple more men who wanted to catch a glimpse of gorgeous Holly Wolf, Rebecca Boggiano and CJ Sparxxx. 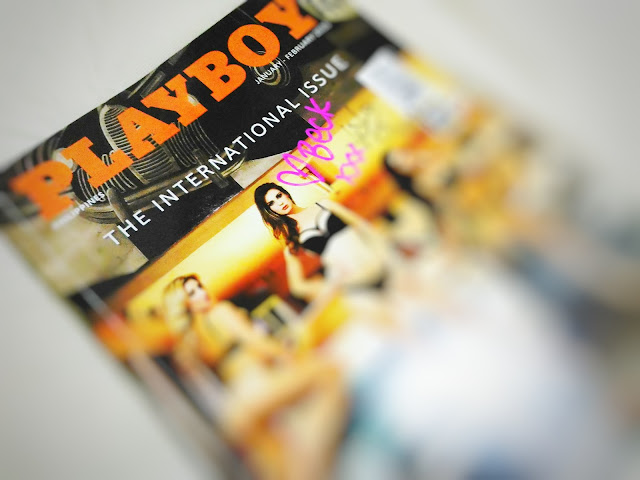 These playmates looked so sultry in this year's first cover. I got a sense of how each one of them behaved during the meet and greet. They were already being mobbed, but they didn't mind, I'm sure they're kinda used to the testosterone levels that exists there. Holly Wolf was nice, she asked me not to add light too much since it was going to be too harsh on photos. That tells me how meticulous she is about details, which matters in my books. She's also been featured in different Playboy countries and garnered a few Playmate of the Year titles here and there.

Rebecca Boggiano is this issues Playmate of the Month. Her spread was awesome and when she came out of the van earlier that evening, I couldn't stop looking at her. She was stunning, no surprise though as she was a former Miss Universe Australia finalist. I would marry her if she asked me ha-ha! Then there's Ms. CJ Sparxxx, who was super nice. With that body and personality, I wouldn't be surprised if there were tons of men that would fall for her. She's that kind that gets a long with men easily, no frills, no fuss, just her. I heard they're also doing another shoot in her favorite place, the beach of which we have a LOT of in the Philippines. Playboy Philippines will be obliging us with a feature again for that, so here's a THANK YOU in advanced. I simply LOVE them all! 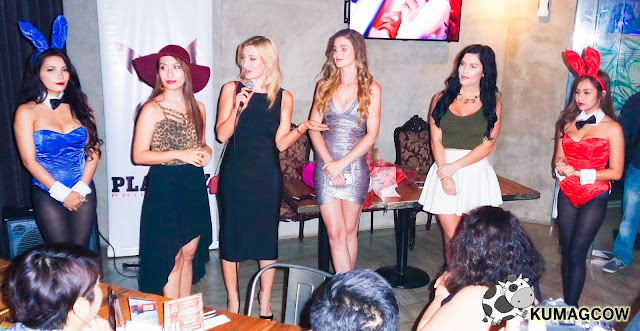 Oh and if that's not enough, also featured in the magazine are Ladies who Ink. Some of the country's most gorgeous women clad in ink shot quite artistically. Loved that part too. Make sure you get a copy of The International Issue from major bookstores, magazine stands nationwide.

Thank you Holly, Beck and Cj for having my copy signed! Thank you so much for being so nice too! Thank you also to Playboy Philippines for letting me cover your event. See you next issue perhaps? :)

For more information about their magazine: