Mint Riffs Level 4: A Musical at the Music Museum 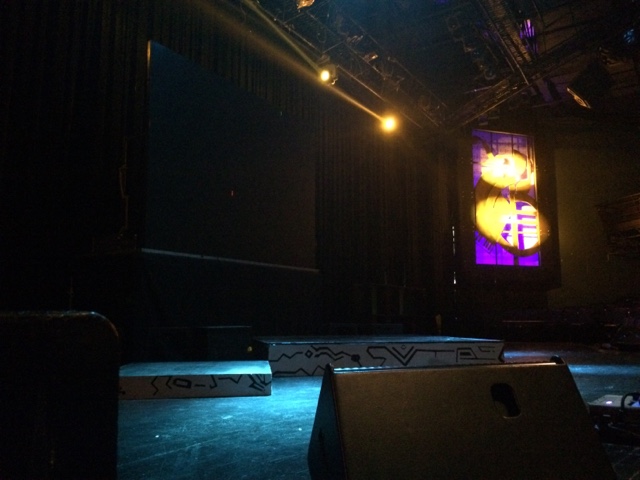 This is the setup for Level 4, a show in Music Museum this evening produced by the people from Mint Riffs, the local glee club of Mint college (Meridian International) destined to hone young, promising, up and coming OPM artists in the Philippines. I bought tickets to the show and was invited by Mikoy Morales, another one of GMA Artist Center's promising singers/artist. He's not just performing but actually a musical director here, he was proud to wear this among his many hats. I didn't know what to expect as I was a little clueless about the whole thing (although I found out later they've been doing this for 4 years), but I was sure it would involve singing as I know Mikoy's a very spirited one. I think most of the people who went there were family and friends of the performers. They came in throngs, but I was able to spot Thea Tolentino while I was in the entrance earlier. Then the show started. 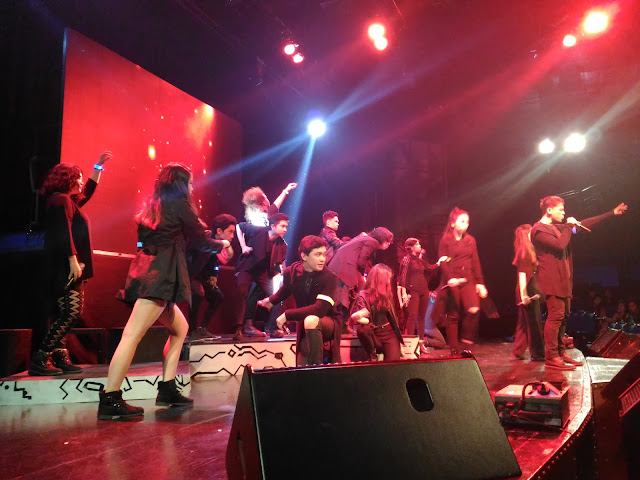 It's a musical production, it's not as flawless as you may understand. Well chosen songs though, a mix of 80's, 90's and current tunes. As for choreography, still had a few hits and misses, but for a school production this is already a good shot. I saw a few who could pass off as professional singers. Here's a sample, one of their songs You Gotta Be is my personal favorite. Some hits and misses, but twas nice though and refreshing to hear that from Millennials. 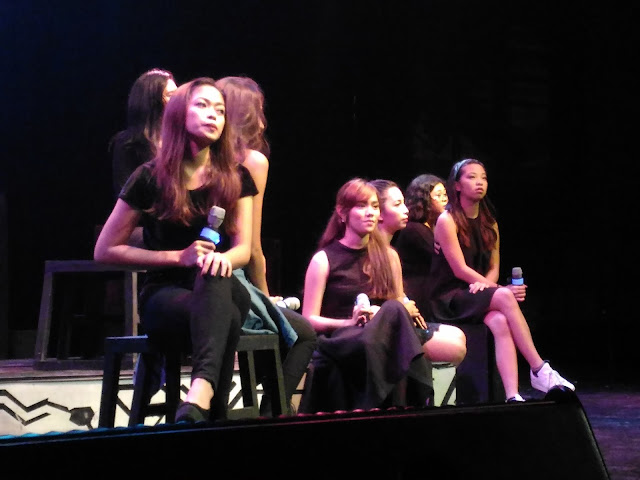 I like the short medley done by the girls, the one with the glasses on the other side of this shot impressed me most. She did so many things in the event that would put wow in the conversations in the audience. She should think about seriously making singing a career. 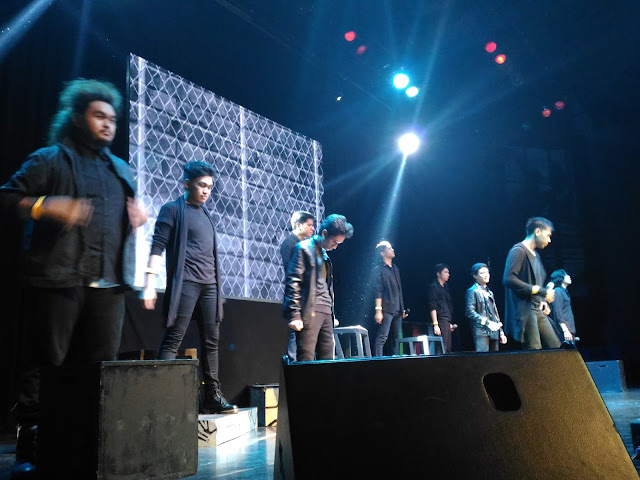 The guys in the other hand made efforts and did good in the "performance" aspect of the show. It was entertaining enough to not get anyone in trouble. They sang girl band songs btw, which was a little crazy. From Beyonce, Destiny's Child, things like that was easy lol. I also liked the "hugot" portion, the lines were heartfelt.

Anyway, we, the parents, relatives, friends and fans in the audience had fun. That's what's important. I mean most of you are just beginning, and this was testament that you can achieve anything if you put your heart into it. You should pat yourself on the back, you did REALLY good.

http://gmanetwork.com/artistcenter
Posted by John Bueno at 3:40 AM