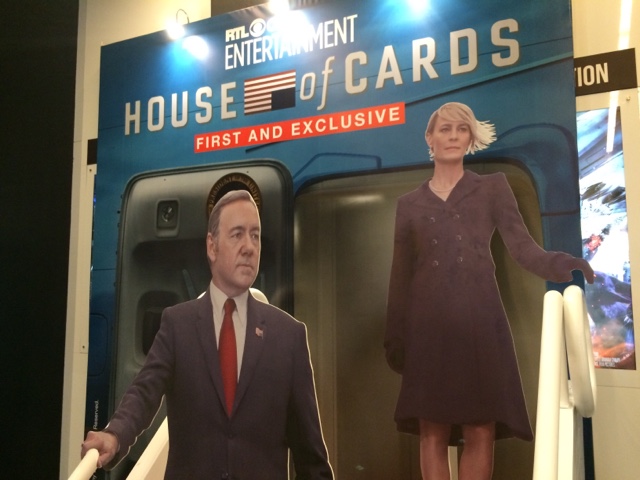 I was one of the few who got to see the RTL CBS show House of Cards last Tuesday in Century City Mall in Makati. They will be airing all the 13 episodes of the fourth season. I've been seeing the teasers these past few weeks and Kevin Spacey still looks like an @ss. Anyway, it will be shown here starting with a marathon starting March 5 which is the same day of it's release in the US at 4PM Manila time. Then they'll have an encore the next day starting at 8AM.

You'll still see the ruthless President Francis Underwood, his wife Claire as they battle with politicians, terrorists and the people around them in this season. RTL CBS will be showing them 12 hours from it's release in the US so if you have cable, you're one of the few people to see this on the same day. If you don't have it on your subscription, then you might want to ask it from your cable operator.

You will also see weekly chaptersodics starting March 8, that's Tuesdays at 9:55PM express from the US first and exclusive from RTL CBS Entertainment.

Will Underwood win the elections? How? Watch it now.