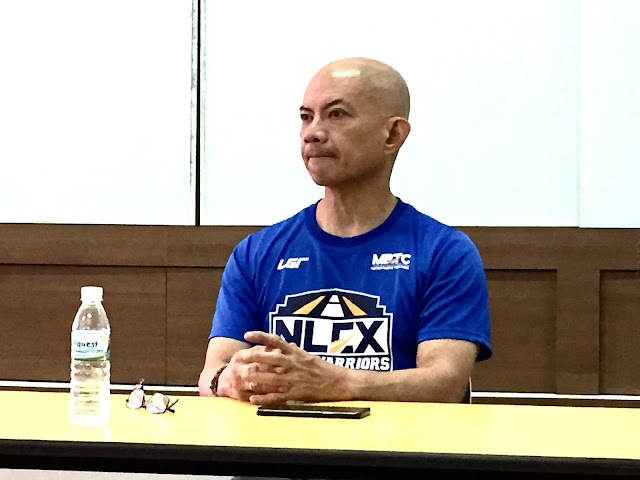 Coach Yeng Guiao is the current Team Pilipinas (Gilas) and NLEX Road Warriors coach. Unbeknownst to most of his sports fans, he’s running for office at the 1st District of Pampanga. He sat down happy to see some of the NLEX Road Warrior players show support in his bid for the said office. Took note of his statements this afternoon. 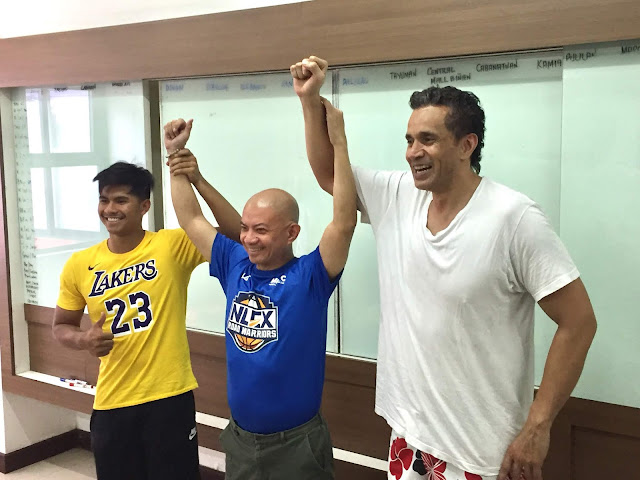 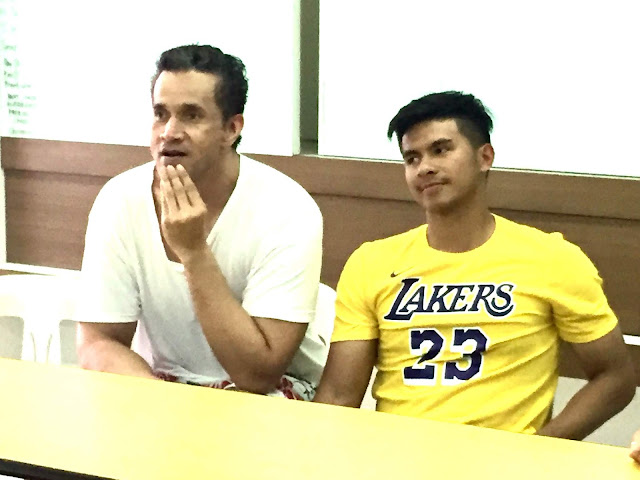 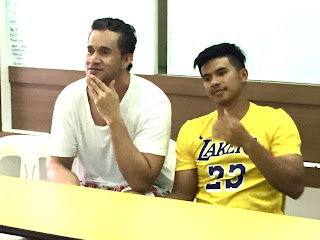 “I have been a coach for 2 and a half years, in different teams, 7 championships in the PBA and also made the world cup with Gilas Pilipinas. We are preparing for the World Cup in China, where the best of the best will meet. These are good teams but we hope to pull some upsets. There are 4 teams in a group and if we win two games, we are going high in the rankings. Angola is the African champ, Italy and Serbia is world ranked. This time I have a different challenge, to represent the 1st District of Pampanga. I have ran for 3 terms as a Vice Governor of Pampanga, so I have both basketball and politics all my life. This is a challenge, in any way or form, I have an advocacy to have continuous improvement of the Clark Airport which is in my district. We now have more tourists, bills and resolutions have been passed. We now have a new terminal, there are other items like the North Rail too, hopefully work it out so we can run from Tutuban to there and be finished in two years. Clark is also the sports capital of the country, in hosting the SEA Games, this will be true. We have been pushing for this ever since. Hopefully this will benefit much of my constituents, together with the usual things they need for education, health, and life. Clark is progressing because all the places around it us benefiting from it now. We are also doing a lot in improving the educational system, and the health advocacy. The new law applied for universal health care is one example, we support that fully and hopefully we find ways to improve that.”

He adds “Since I am in Basketball I am focused on it but I am a sports fan and enthusiast, to improve the other sports in general is part of that. We need to make every sport especially the ones we excel at be done and officiated better. We want to promote sports with weight categories because we have a lot of talent. I am one of the main authors of giving bigger rewards for sports winners. It is what is being used today. Funding is of course a problem, other countries are spending more but my take is that to concretely make this better, we filed to do an existing law to get 5% of gross to go to sports. Right now, 2.5% is sent to law, while the other half goes to the office of the President and nobody challenged it but I did. I am still waiting for the decision, that is 13-15 Billion pesos and it would be a big help in the yearly income of sports for that. In order to answer to solve it, we need to have that reinstated.”

“Clark has 120,000 employees, improvement of educational system and making them a part of that plus run for more investments in the district will make it a whole lot better. Living a healthy and active lifestyle is the best thing to have rather than us waiting to get sick. I will support legislations to improve the environment. If I win the district, I will still be coaching, I don’t believe we have to stop as long as we can do both. Being disciplined in the management of your time, in basketball and legislation, I have already done that in the last few years and we didn’t have a problem in commitments because I have done both. Politics and Sports have similarities, you cannot go to a game or office unprepared. There are also intrigues, but you have to be emotionally stable, you will see bashers, the pressure is great and you can lose your job. You are only as good as your last term or game, it is part of our job and we have to accept that. It is a competition, you are joining the PBA for results, same with your district, coaching for 30 years, I have seen how it happens and I can focus on service for constituents. It is both stressful, one is for 48 minutes, the other for 3 years. I constituents asking for help 24/7 and you get used to it, to handle it. I am under a local party.”

National Team regular Asi Taulava says “In international competitions, our team, it’s a different game. Our coach as a congressman can boost that. We are all rooting for him.”

Kieffer Ravena says “The short time I have been with them, he is very genuine. He says it when you need to improve on, every opportunity he gets to help in the youth of Pampanga. In my scenario, it would have been easy to let me go but they supported me, it helps to have leaders who gives you confidence to do your own thing. A lot of players know and want to play for him, to become the best person possible, he does it a lot. He makes students be in their best position, I am open to help in his campaign. I believe in what he is fighting for, not because he is my coach, but his sincerity, if he gets elected Pampanga will be benefiting from it.”

“I don’t want to burden them, we have games, it is very important and we want to take ourselves far in this conference. I am concentrating on getting to the finals, when we get there I’ll seek their help in activities. For now we are doing that first.” the coach added.