Of TPC, ALIF Causes in the Philippines 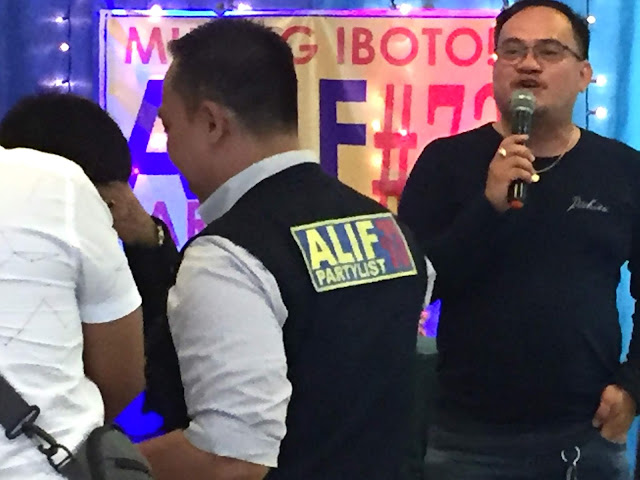 We sat down with people from TPC corporation, prolly the same individuals behind ALIF Partylist. I have not seen people mobilized and ecstatic about what they do, saying they have 3Million members that can put them in the league because they say, this is not different from what they are currently doing. Their rags to riches story can be implemented for others and see it as selflessness, this is their intention. They are made up of people from the indigenous sector, they are also dreamers and have already sent one representative in the past.

Agakhan Tomawis says “I know we all have our own responsibilities, our own work, but you have given time for our Father and President. In the 4 months that I have been with you, my life has changed, and I have learned a lot from you. Thank you for the sacrifice, for all the things you’ll be doing in the last 21 days.” 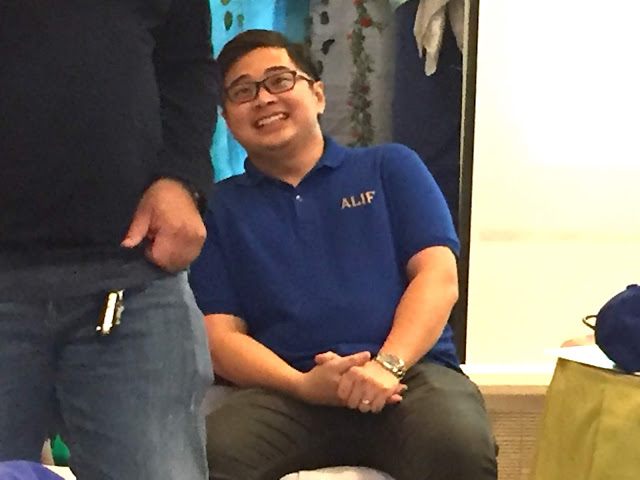 ALIF Partylist is one of the hundreds of hopefuls that will vie for congress seats this coming election. Their current nominees include Lorenzo Rellosa and Agakhan Tumawis.

Tele Preneur Corporation is a 7 year multi level marketing firm. It has been in existence since August 24, 2012. All the people you see here are investors and leaders, they have lots of life changes, through guidance of executives, we have made their lives better and we hope to have that for everybody else. (I learned they are engaged in one phone load ALL system which they manage on their own)

They added “ALIF started in 2003, formed by former Congressmann Acmad Tomawis including former Senator Edgardo Angara. We believe in helping indigenous people, we are from Marawi City, we want to represent tribes from the region and elsewhere in the country. We have evolved into a more universal concept, for the Maranao, Tausug, Tasaday, Ilongot and other indigenous tribes.”

“We have been re-visiting the indigenous to be part of the law making process but we have not done enough in the past few years. “

Agakhan Tumawis says “63% of indigenous people are from Mindanao. When ALIF came about concentrated on road infrastructure, education, livelihood and projects. In rural areas, there are people who have to cross bridges with their bare hands through barbed wires. We need empathy, what do they do everyday? How do we form healthy solutions? We have to be there, we have had to visit 4 tribes and formulated projects which ALIF and TPC will help with. There have been a lot of laws already, we are into properly implementing it. To put up street lights in remote areas, mostly all in Mindanao. But not to forget the others, we have school building in Benguet, farm to market roads, medical assistance to indigenous people, giving them ambulance and structures to help live their lives better.”

Lorenzo Rellosa adds “Majority of our projects will be concentrated on livelihood, if you get them work and help them put food on their table. We have been doing it for 7 years and doing it in a wider scale is something that we would want to do.”

Their stand on Martial Law

In Mindanao, it has been able to benefit a lot of people in the region. We understand why you asked about it, it happened twice already and it’s been three years in Mindanao. It is a tool, if it is used for good, then it is good. Acbar Tomawis was on ground when the Marawi siege happened and by culture, Maranaos have held arms and people walk with it on streets. With Martial Law, the unscrupulous are scared to do that. Now there are people manning streets, people walk in streets safely, we feel it is benefiting us.

The talk on Ancestral Domain is a talk on commercialization. The parcel of land they live in, the ones they got from their family, they sometimes do not follow rules that they govern with in ethnic groups. ALIF wants to align this, for the Magna Carta for IP’s, to ensure there would be mechanisms for the sector we serve. We have members that are part of tribes, we want to further organize them to better support them.

Party lists represent a multitude of sectors, but they serve everyone. If you’re choosing one this coming elections, make sure it supports your ideals, it supports your beliefs and have proven track record of doing their job as law makers and enablers of existing laws. I am not in any way endorsing them.

Do your research and see what fits you.