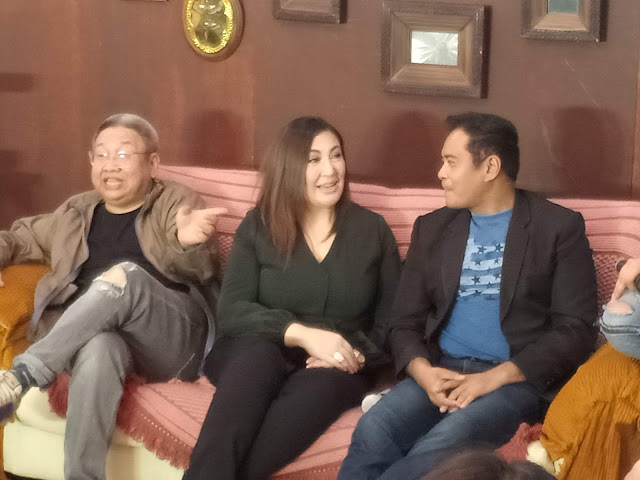 Sharonians all over the world are thirsty for content especially from the one and only Megastar Ms. Sharon Cuneta.

She just got back from a successful 40th Year Anniversary Tour in North America and as soon as the plan landed, she had to run and shoot this film under Reality Entertainment and Globe Studios. It’s called KUWARESMA, the days of the Holy Week from the Lord’s death to his resurrection on Easter Sunday. It’s also an all out horror story from the handy work of Erik Matti, which he co wrote with Katski Flores.

This film required her to stay a whole month in Baguio City where this all happened. Ms. Sharon says “Erik Matti is a master of this cinematic language, horror is his domain and it is one of the most satisfying collabs that I have ever had. He has his own vision, even if it requires very physical and emotional dedication.” 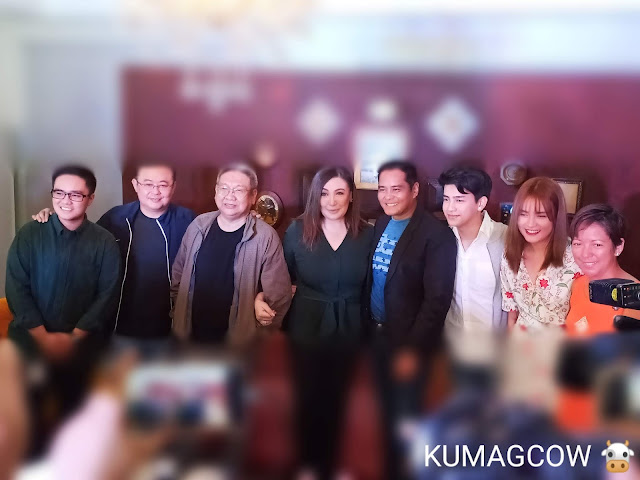 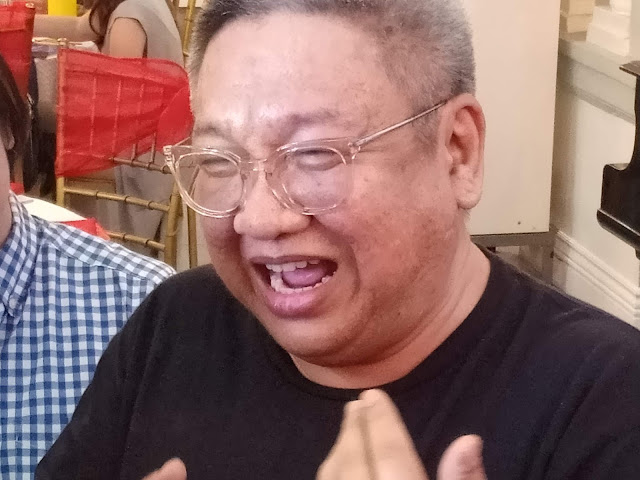 Erik Matti says “When we thought of a movie for Mothers day, we needed someone iconic, it can only be Sharon Cuneta. The script was entertaining but complex, she needed someone who can do it so John Arcilla was the perfect fit. When you see the movie, it will bring a strong ensemble. Sharon is THE horror fan, she can quote scenes, digest everything because she knows what she is doing.”

John Arcilla also stars in this film and Ms. Sharon says “He is very reliable no matter what role he needs to do. He could be the hero one day and the other to become a villain the next. He can do it with a flick of a switch.”

John says “It was an experience to see her, I enjoyed her concert in LA. I remembered the 80’s, I was crying in the audience. I did Ekis and Dos Ekis, this was the third and we did it because Sharon said yes. When it was pitched to me, I was just waiting for her to say yes to it. We were praying, but Direk Erik told her about it in 10 minutes and she immediately said yes. When we were in set, we couldn’t stop sharing stories. The first time we met is the first scene in the movie. All you need and require as an actor, you can get it from her. Even Bagnet. Our director is equally fun, he danced, he sang, if there wasn’t background music, he did it all. I didn’t expect Sharon to be human, she was so nice to be with on and off the camera. When I watched the concert, it wasn’t just about the songs, sharon is the show. It was one of the best experiences I had, it was like a theatre play, in one act.” 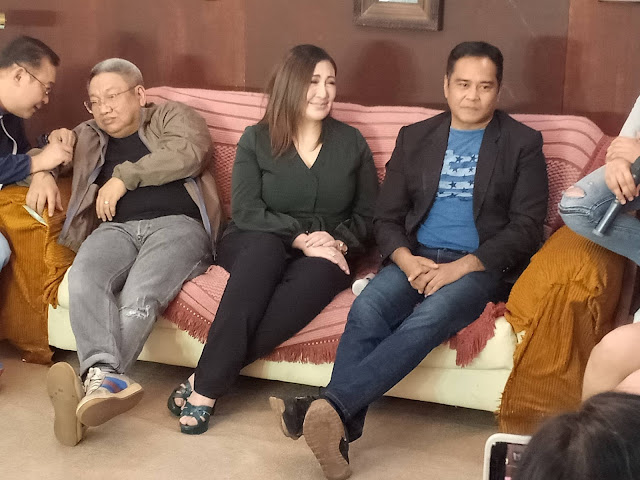 Ms. Sharon says “I never stopped learning, Direk and John were like my teachers. When I got back to Korea, I felt sad because I was missing my Director. I couldn’t do scenes with him because I was laughing a lot. They went to my commercial, I was a bit humbled because they went out of their way to do it. The other film outfits didn’t push through, I got my schedules and we were already shooting. It was one of the most physically, mentally and emotionally draining film that I have ever done but it was the happy set, efficient staff and crew that made it better. I told Kuya Dondon that it was a privilege to work with Reality because of that shooting experience. Your whole crew and staff was impressive, I was at home because everything was efficient. It was like everyone was in character and I couldn’t say enough good things for them. If I don’t become an artist, I would want to work with them. I was a horror fan since I was a kid, so every scene we did I had a reference. I had to work with these two (kent and pam), I had to do exercises and make them really mad, they delivered. They were all in, no qualms, no problems and I felt like their proud Mom.”

The movie also features real life siblings Pam and Kent Gonzales. Albeit newbies, they showcased their acting strength and didn’t get intimidated with the megastar. Also Guila Alvarez is making a comeback, she says “I had to take a leap of faith, set leaves, because I was in corporate. Working with them was very nice, I thought it was a small movie but no regrets saying yes to that project over coffee. Thank you Direk.”

Sharon adds “This is my personal gift to my fans, followers and supporters as we continue to celebrate my 40th year in the industry. After watching this film, you will know why it is offered on Mothers Day.”