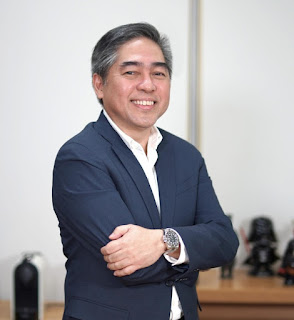 If you haven't felt it, heard or seen it, you'll be surprised how Cignal TV and TV5 did these huge business model changes in the past few years. They've started to work with independent producers and talent agencies which made a pretty good impact since it lowers production costs for the channel, but not shortchange artistry, entertainment value and talent which Filipinos rightfully deserve.


Not only that, Brightlight Productions also produced Korina Sanchez' Rated Korina, the Ian Veneracion and Dimples Romana romcom "Oh My Dad!" and the jampacked fun and innovative show "Lunch Out Loud". Viva Entertainment on the other hand brought to the table "Born to Be A Star", "Puto", "Republika Origins", "Ninja Kids", "1000 Heartbeats: Pintig Pinoy", "The Wall Philippines" and recent KDrama adaptation "Encounter" with Diego Loyzaga and Cristine Reyes. They also did Masked Singer Pilipinas, Ghost Adventures, Bella Bandida, Kagat ng Dilim and Onstage which had their really good runs in the evenings. They did good. My favorite people from IdeaFirst Company also did "Paano Ang Pasko?" and "Paano Ang Pangako?" which was done by Direk Jun Robles Lana (script), Director Enrico Quizon, Ricky Davao and Perci Intalan.


Cornerstone Entertainment did "I Got You", "Stay-In Love" and "Sunday Noontime Live!" plus Gretchen Ho's very own show Woman In Action and home grown TV5 News Programs Frontline Pilipinas and The Big Story which she's a mainstay. Archangel Media did the Paolo Ballesteros and Wally Bayola hosted Bawal na Game Show (which I had the chance to join a few months ago). They also did Fill in the Bank with Jose Manalo and Pokwang which is still doing good til now. Regal Entertainment Inc is doing their 10th year of content via One Screen Channel on Cignal TV, and they're still doing more in the coming months.


What's good is that we all know who's winning here, the viewers. For all these years, TV5 and Cignal TV managed to still bring everyone a piece of good programming in the midst of a pandemic. That's a lot of people working there just to bring you these things in 2021.

I can't wait to see more!