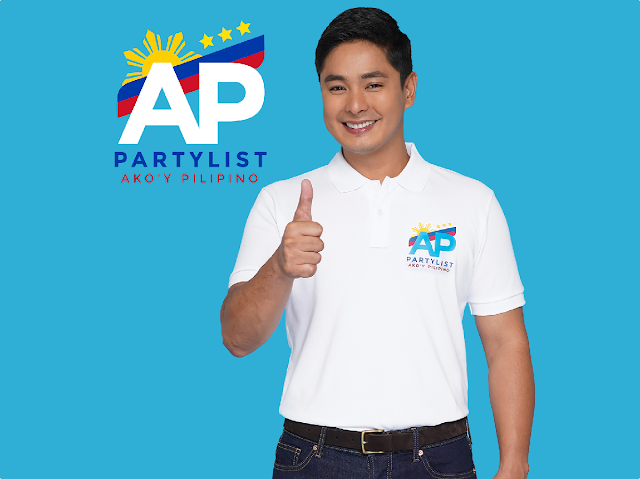 Looks like your friendly neighborhood Cardo Dalisay is going to be dipping his hands in endorsing a Party List entity called AP Partylist #AkoyPilipino (Alliance of Public Transport Organization Inc.) which aims to represent  the transport sector and providing livelihood and help for the ordinary joe. He's making rounds today February 25 to advance the party's agenda together with first nominee Rep. Ronnie Ong and publishing videos that would introduce their projects since the pandemic started which includes free transportation for health workers #LibrengSakay,  free vegetables for community kitchens #LibrengGulay and free educational tablet units #LibrengTablets that benefited teachers and students during these times.

Rep. Ronnie Ong has been Coco's long time friend and has been dubbed in PeopleAsia as "Frontliner Congressman". He has always been a staunch supporter of programs that alleviate poverty, those concerned with labor and employment. He has been on the ground arranging work for able bodied Seniors who still need to make a living, working students, transport workers and drivers, even laid off ABSCBN workers who were displaced in the company's recent shutdown.

Coco says "Whatever hardships we go through, we have people we can count on. AP Partylist can help provide jobs and create opportunities for small businesses. This would be apt for for Filipinos who would want to earn a living, put food on the table for their family."


Coco's compatriots in the show "Ang Probinsyano" at Task Force Agila also lauds the party list group and saw how they helped in advocacies. They also are fervently helping support #164 AP Partylist so they could continue helping people that are not just in the sectors they represent, but the communities that need it.

Here's  the video which came out today:

Coco hopes that those who support him would also be able to do the same with AP Partylist #AkoyPilipino which you can find #164 this coming election.