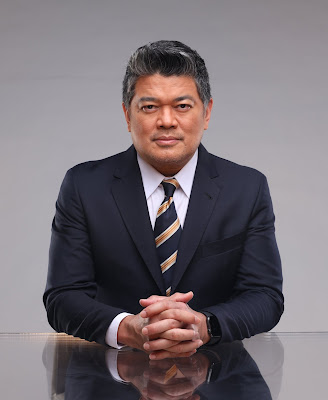 People have been eagerly awaiting Julius Babao's appearance in TV5's home grown news program FRONTLINE PILIPINAS as he bade goodbye to his former network ABSCBN and his show TV Patrol. He's a veteran broadcast journalist and his choice to move was about growth and a career choice. He didn't want to be stagnant and pursued TV5's offer when signs appeared for him.

Julius says "I would want to work with the news team of TV5 and I'm excited about working in Frontline Pilipinas on free TV and radio again. I'd be able to reach more people, and hopefully help them too. Sorry for repeating, but I'm so happy and looking forward to what will happen once I go in the newsroom of TV5, hopefully to maximize my skills and be a person for public service, I'm excited for Monday! You need to watch it once it comes up on the newscast, hopefully to become a complement to what Cheryl Cosim is doing, light banters, more relaxed when the news is light too." 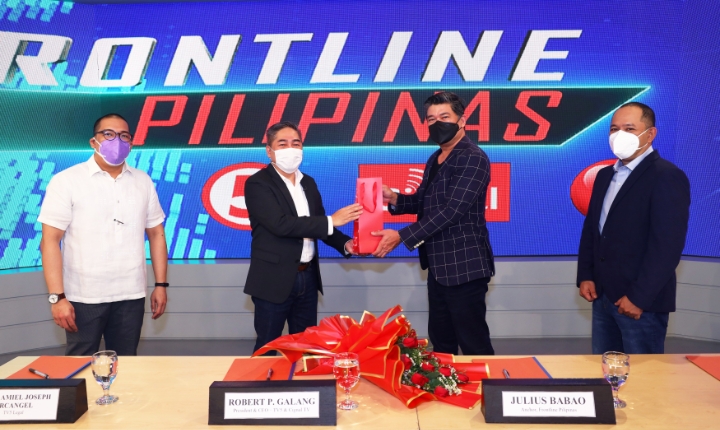 He added "I know it's going to be hard as fake news still proliferate on social media, but TV5 is here to straighten things out, to hopefully remain not tainted and unbiased, credibility is important for me. I take care of my integrity, all these years. We need to do our research, not just follow verb mentality, not just follow what your grandparents or friends say because that plays a huge role especially mainstream news outlets. It just arrived to me, I stayed on for the network even after the franchise was taken from ABSCBN, I am moving on with my career so I don't become complacent, I am not retiring soon, I need to do more things, expand my wings, prayed a lot about this and seek guidance. I asked for signs and they gave me that. I talked to Ms Luchi and this became possible."

Make sure you tune in on Monday primetime at TV5's airing of his first salvo in the Kapatid network. You're going to see him there and some other planned shows because they're doing that very soon.