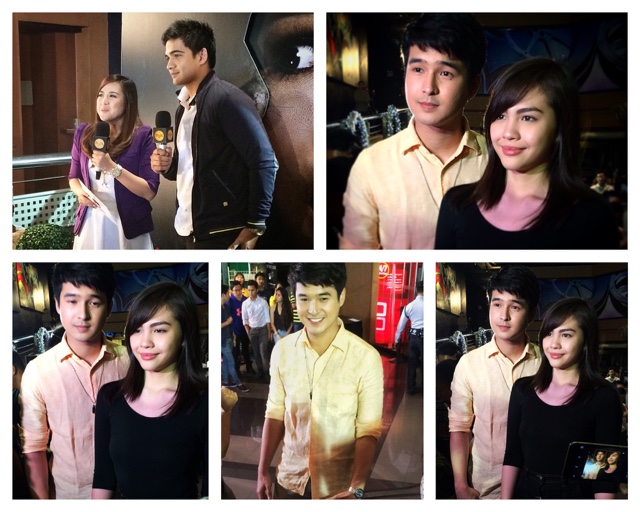 Had the chance to watch Haunted Mansion during the Midnight Screening in the Theater in Greenhills. The film stars Marlo Mortel, Janella Salvador and Jerome Ponce. The premise is actually a retreat that turned out to be a creepy journey since Janella's character can see spirits.

On the contrary she doesn't seem to be afraid of it, she takes on knowing the story behind each of them and try to find a way to figure their stories out. The film's been able to give a couple of shocking moments especially during the scenes with LJ Moreno. Sharlene San Pedro injects most of the humor as she plays Janella's best friend. Marlo Mortel and Jerome Ponce will in some way fight it out to get Janella's attention, and hopefully fall in love. That, in between horror scenes inside and outside the actual mansion.

Add to that the really creepy characters that appear every now and then, you'll find this movie a good thing to watch for teens. Ella has a secret and she'll be telling you about it during the scene where she confides it with Marlo. Then they had to stay in the Mansion for one extra day because of the naughtiness of a few of her classmates, now they're going to be really stupid if they did a ghost hunt right? But they did. That starts a whole lot of problems of course. A plus on the graphics, a plus on the story, a plus on the fright once you see the flooding starts.

If a fright is your kind of fun, go watch it in cinemas on December 25 during the Metro Manila Film Festival. If you're looking for variety, this would really be something you could add on the movies you plan to watch during this season. Great job Direk Jun Lana!