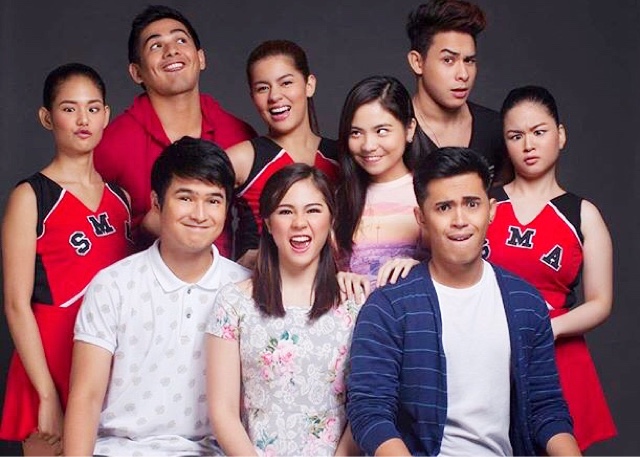 I had the chance to watch the movie in advanced so I think I'd be able to tell you reasons why you should watch Regal Film's entry to the Metro Manila Film Fest. I'll add a couple more reasons because we got to also talk to Direk Jun Lana and Janella Salvador after the screening and discussed scenes and more things about it without spoiling the movie. Let's start!

1. The story is interesting. You've got an interesting mix of the past and the future. There are several background information that isn't noticeable in the trailer which you'll find out if you discover the mysteries they put in it. There's a LOT!

2. They went over budget. They wanted this first salvo be something that would look good when you watch it in theaters and they've extended shooting just to give you scenes which can be only shot at night time. Even at the irk of Producer Mother Lily. It's not cheap.

3. Graphics are good, done in just specific scenes so you could still see some sort of realism as Direk puts it. You'll see that in the scenes of LJ Reyes specifically.

4. It was shot in a real mansion, owned by the Marcoses. They needed to make it grand and put in stuff to make it realistic. They also made graves at the back, which made people a little scared even if thet were the ones who put it there in the first place.

5. You'll be scared, and you'll find interesting twists in the story. Don't be too complacent that the movie is already done. There's always a surprise waiting to happen. You'll be afraid over and over again.

6. Janella did a good job. She might even be nominated for best actress.

7. If box office success isn't the measurement, they could even be in the running for Best Picture. Who knows?

8. The Marlo Mortel, Jerome Ponce and Janella Salvador love story is cute. Who's gonna win her heart? The answer might shock you, so you have to watch the film.

9. Janella is thankful for the trust given to her. The script has been made and updated for 6 years waiting for the right cast, and they just happen to be there at the right time.

10. The friends, the enemies, the bullies and the cheerleaders actually make quite a stir. Some of them might die but you have to watch it to know who.

Here's our interview of Direk Jun Lana and Janella.

Make sure you watch it on theaters today because it's something different. I saw people closing their eyes inside the theater, you might be doing that too. Trust me on that part. Congrats Haunted Mansion! I hope you do get good things on opening day!

For more information about their entry: