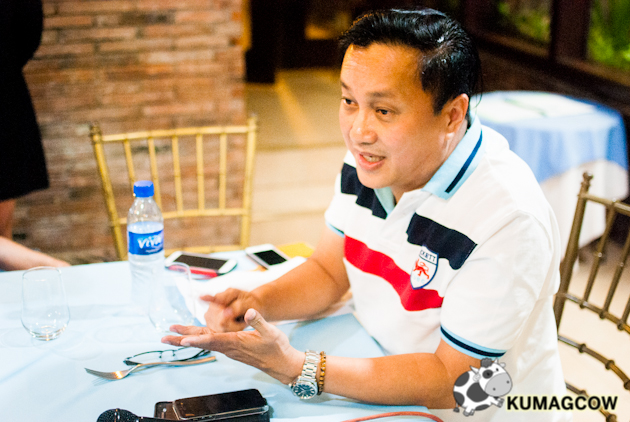 I haven't really talked to former MMDA Chairman Francis Tolentino but I've seen what he's done with the Tagaytay City and how it transformed from a provincial one to a city of character. I live nearby Alfonso, Cavite so I do have to pass that area quite a lot of times so I can go and harvest coffee. The man showed his intentions of running for the Senate and I've never had any knowledge of what he's been doing aside from the MMDA traffic which has probably had most of the information about him on media. During the small luncheon, he announced his platform would be for the greater empowerment of local government units, strengthening of disaster preparedness, sustainable and protective care for the environment, better health care and women empowerment.

Tall order? Yes, achievable? That remains to be a question on everyone's minds. He took time answering all of those questions about traffic, infrastructure and MMDA. The impression I had with his answer is, people weren't looking at the big picture. Some on the table were probably sick and tired of traffic talk but of course, we had to know what MMDA and he had to do with it. The general population would probably thing MMDA only does traffic management right? No, what isn't said on newspapers or on TV with time constraints is probably the other things that MMDA had to do on their mandate. From development planning, transport and traffic management, solid waste disposal, flood control and sewage management, urban renewal, zoning and land use planning, health and sanitation, and public safety. Aside from that, they've been ailing to actually work with other government agencies and local government offices. From the governor, the mayors, the councils, the barangays, all have been working thoroughly to make your MMDA work for you. Do you see how complicated that sounds? Exactly. They've been doing that for the past few years, and most would just think of the office when there's problems in EDSA. If they were just doing traffic, then there's really no more time for the other things they're doing. Chairman Francis Tolentino also opened the ferry system in Pasig River in two weeks, he also is responsible with the Papal Visit security arrangements. There are more, and it's even tiring to talk about credentials and accomplishments in that short span of time.

Here's a video of our interview with the senatorial candidate on video:

Interview with Francis Tolentino by kumagcow

I know you probably have reservations, I do with any person I interview. A choice have to be made though in the upcoming elections. It's nice to get to know people and what they've done, not just the things we read off newspapers or watch on TV. He's a good man, he also has done a lot and that I think needs credit. I'm certainly not endorsing anything but what I've learned during this interview is,  to actually know the person first and not just concentrate on bad things said about them. We should definitely do the legwork of research, check what they've done in the past because after all, it's our country we're talking about here and not just a single government agency. If you deem it important for his platform, his plans in legislation to be apt for your taste as a Senator, don't take my word for it. Do your own research, read up, or even ask him on social media. There are ways you know! We should definitely start our future right and that entails work. 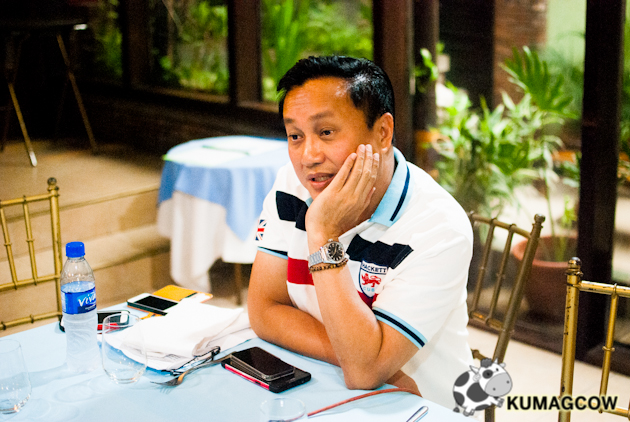 Francis Tolentino is being sought after Miram Santiago's party, but he's gearing towards Rodrigo Duterte. He's still independent though. It's your choice.

For more information about his work:

http://www.francistolentino.com.ph/
Posted by John Bueno at 11:20 AM