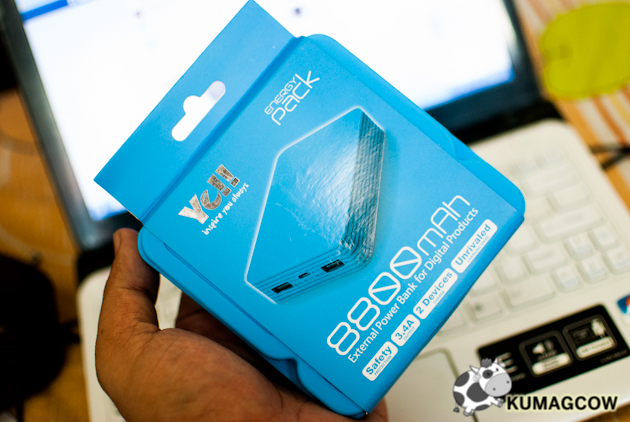 Ask a blogger and he would probably tell you he's got about 3 powerbanks in his bag on a regular day. With the advent of phone cameras, taking photos and videos, playing games, using map apps is but a regular thing. The need for a reliable powerbank is essential so you could get that story out fresh and fast. More so if you're an iPhone user, because once that you're using LTE, your battery becomes water and you wouldn't be able to keep up if you're just going to rely charging your phone while plugged into the wall and you have to cover events, roam around Manila and waste your time in traffic. I got my hands on the new YE!! Energy Pack. It's an 8800 mAh External Power Bank that you can use for digital products. It's a great product which you can get off the shelves of Digits Trading in their stores like Digital Walker, Beyond the Box and a whole lot more. Now I know there are a lot of power bank devices out there being sold on the streets with some weird brands even written on them. What most people don't know is that most of it probably came from factories in China who recycle laptop batteries and use them for this purpose. It's not only dangerous, but a fire hazard too. 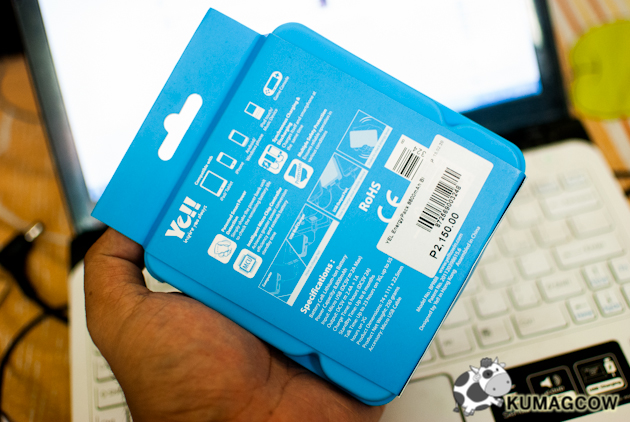 The YE!! Energy Pack is packed a bit sturdy. You won't get it with just the unit itself as it comes with a carrying case which you can use for travel. If you drop it, or bump it elsewhere, it won't give your device any problems because it's protected by it. 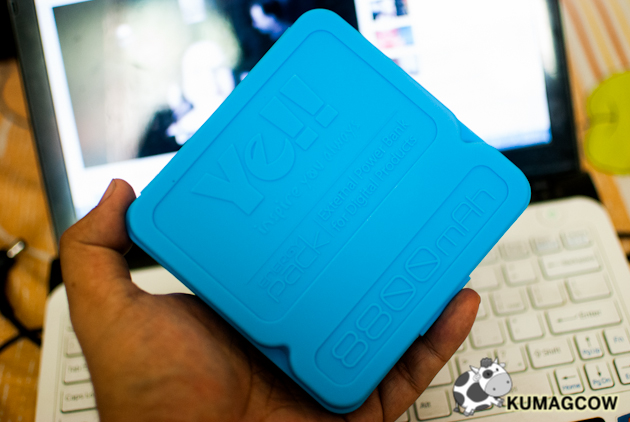 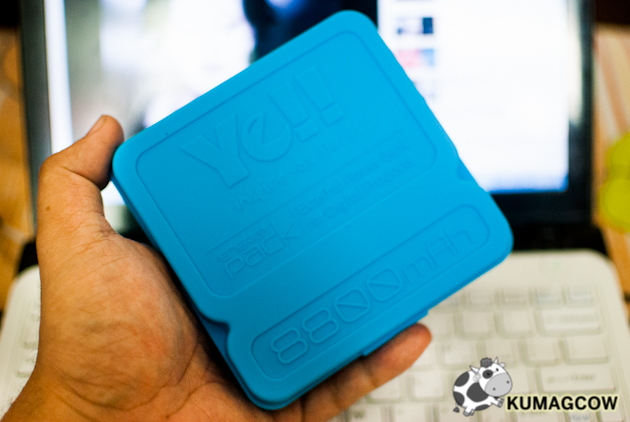 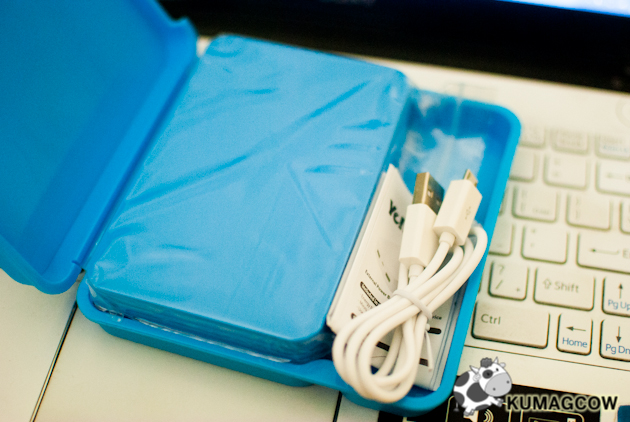 When you open the box, you've got the 8800 mAh power bank, a mini usb cable and the product information sheet. You don't really need a genius to know how it works. 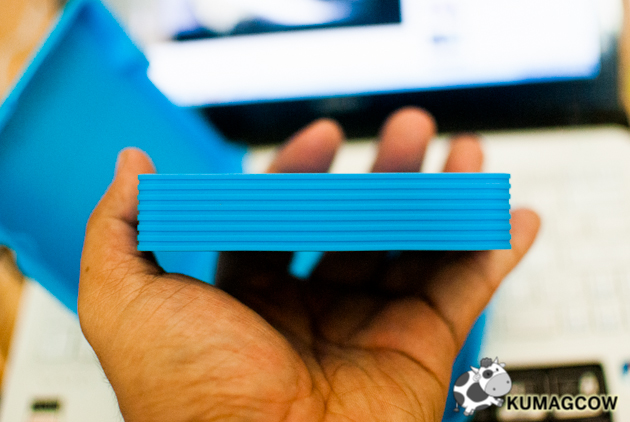 I like this part the most on the YE!! Energy Pack because the body of the power bank itself is covered with a soft rubber. Aside from the protection you get from the case, you get more of it on the unit itself. It'll be a bit hard now to see scratches or dents on it through the course of everyday activities. 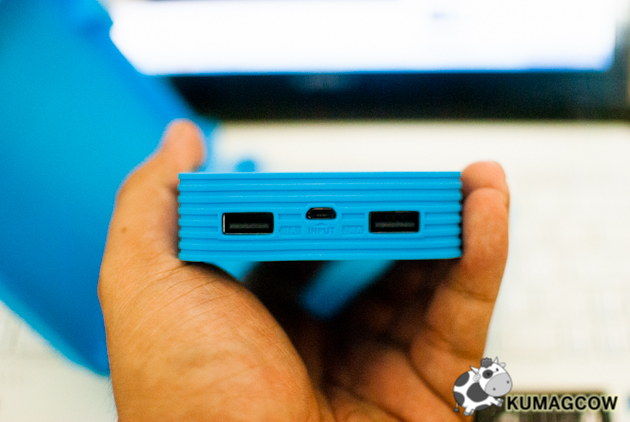 This also has 2 USB ports on it, one is the 1 Ampere and the other for 2.4 Amperes. Of course the latter would be able to charge your devices a bit faster, one that is obvious. Ampere is a unit of current intensity and if your digital device (phone, tablet, speakers etc.) drains the battery faster than charging it, then it's a sign that your battery is dying. A power bank won't solve that.

The YE!! Energy pack works like a charm and it does not become problematic as I've been using it for two weeks now. I've had other power banks that I wasn't even able to use because it gets broken from the time it was given to me, this one however lasted me the whole day and a half I think because I only charge my phone when it runs out of juice, and I'm practically a heavy user. I must say it's a bit heavy because there are others out there that are smaller and lighter, but this one is special as it's got something to protect itself from bumps and scratches, from daily abuse of commute and travel, which others don't really have. 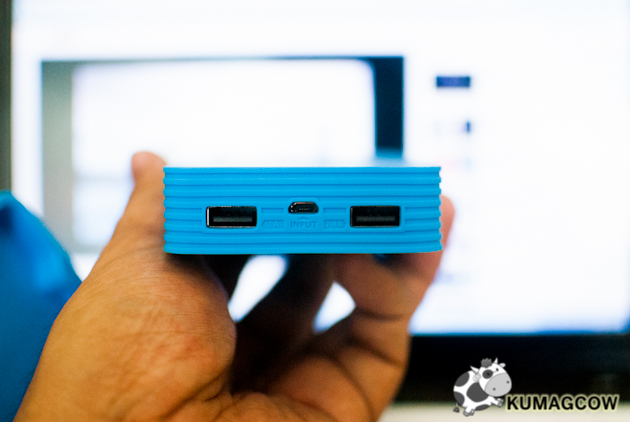 This also can have a standby time of around 6 months, if you don't really have use for it yet then you can set it aside without worrying at all. If you want to see how much power is left inside, you just shake it and it'll show the LED lights in front how much you have left. It's that smart. You can also charge the power bank itself while it's being used by your device, I don't know any brand that could do that. It's practically impossible to compete with this since it's very smart. Again, you can get this YE!! Energy Pack in all Digits Trading affiliated stores nationwide. That includes Beyond the Box and Digital Walker.

It makes perfect sense to have this as a Christmas gift too no?

https://www.facebook.com/digitalwalkerstore
Posted by John Bueno at 11:31 AM