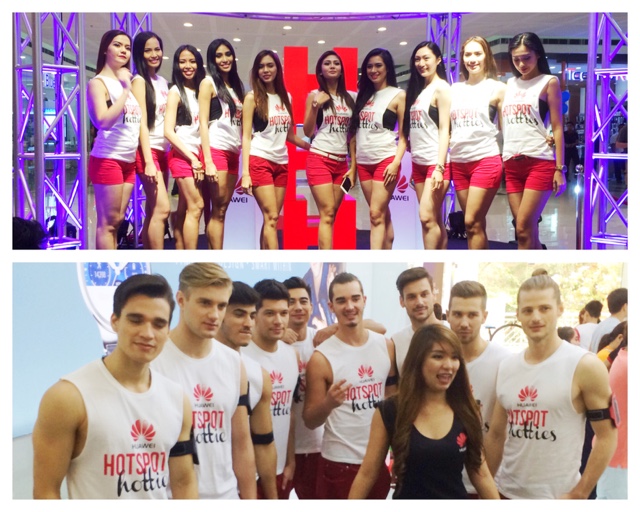 Had fun a few weeks ago as Huawei had us chase around Huawei Hotspot Hotties at the Mall of Asia in Pasay City. Sexy vixens and good looking men started walking around the mall and we were given the task to spot them. They were carrying access points and the guys had the passwords so we could get connected to the internet, which means we also had to talk to them in some way. I was looking forward to capture them all in one photo so I did not get to walk around anymore and just stayed in the new Huawei store in the Cyberzone at the left wing of the mall. It's right on top of the SM Hypermarket's building so you wouldn't really miss it. 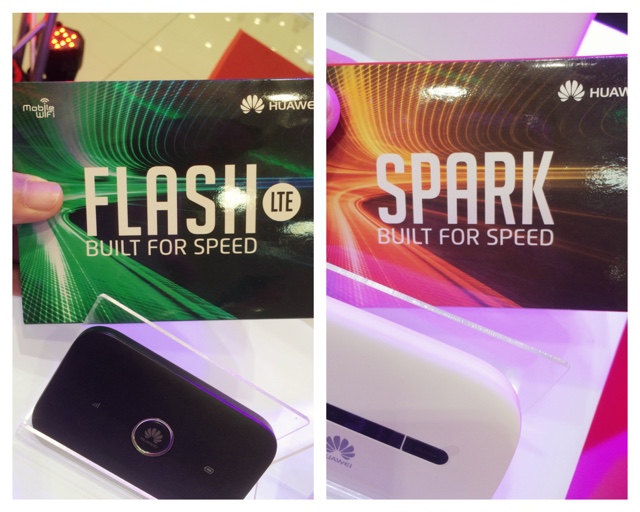 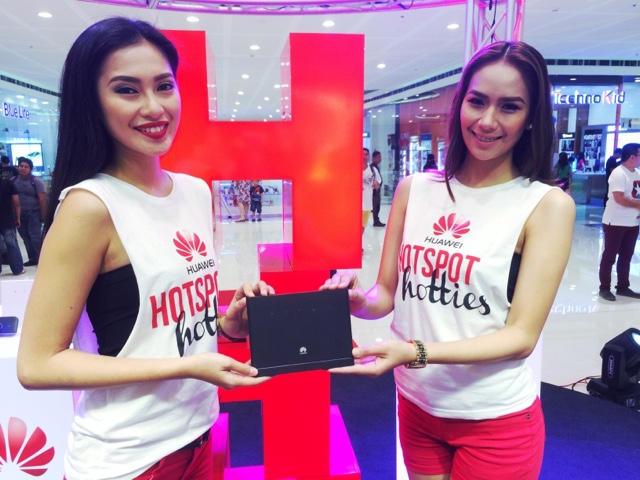 Aside from the hotties, there were three other stars of the show. One was the Flash LTE Pocket Wifi, the Spark Pocket Wifi and the Lightning LTE CPE Router. The FLASH has LTE speeds of up to 150 Mbps and upload of 50 Mbps and can accommodate up to 10 devices. The SPARK on the other hand is 3G capable and can run 21 Mbps but is small in form. You can have it run up to 6 hours because it's 1500 mAh and turn on very fast! The router on the other hand is LTE capable, but can get you 32 devices connected. It's also got Gigabit ports so if you're into wired ones, this can perfectly work in your favor. I bet it's even better with SMART as your network provider (of course!).

Here it is on video!

#HuaweiHotspotHotties #ExperienceHuawei Event at the Mall of Asia Cyberzone
Posted by Kumagcow on Sunday, December 6, 2015

The SPARK costs Php 1,890, the FLASH costs Php 3,990 and the LIGHTNING is Php 5,330. It's affordable and if you're always mobile, the thing can be always ON. That's the only thing you can expect with Huawei these days, they're just humble LOL!