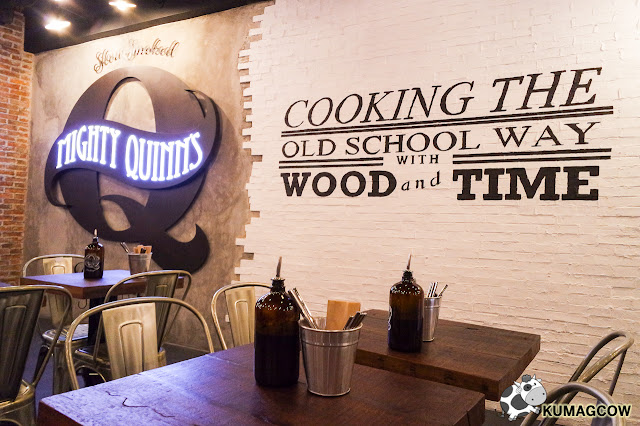 Man's journey to find the best barbecue is just like looking for a needle in a hay stack. It goes on and on, trying steadfastly to satisfy your cravings to finally get that juicy, flavorful, perfectly grilled scrumptious piece of meat. However, we've found a worthy place that's been put up at SM Megamall's Fashion Hall serving the same quality as it is in New York City. New York style barbecue? Apparently, there is. Well their version is a mix of Texas, and that of real New York, which is a melting pot of all sorts of culture - and food. It's won several accolades in the US and this is their first branch in the Philippines. It carries the same name, and they promise to have the same flavor as any Mighty Quinn's you might see all over the world. 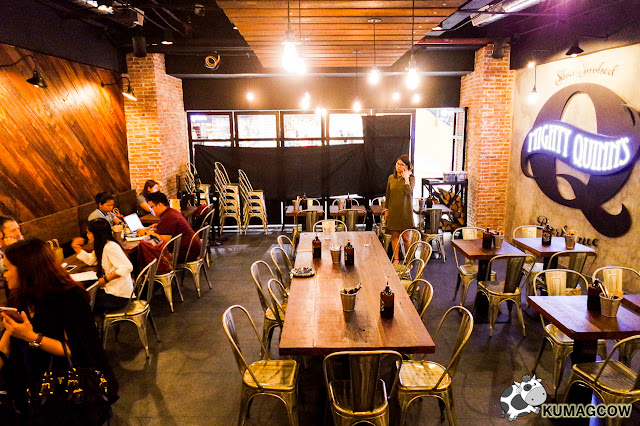 Barbecue that is made the old school way, wouldn't that be the lovely? Yes, and everybody seems to be dreaming about it. The man behind the restaurant, Pit Master Hugh Mangum has spent a number of years perfecting what every protein loving man has wished for. This guy knows how to cook it right and he has satisfied tons of people in his New York joint even as he started with a few cuts which he sold out since day 1. With roots coming from Houston, Texas and the skill and knowledge of having meat slow cooked and smoked - he honed his skills and enthusiastically started cooking these cuts and slabs over fire with wood made from pecan, apple wood and cherry. I experienced how that felt as soon as they placed a huge piece of meat on my table, I never looked back since then! 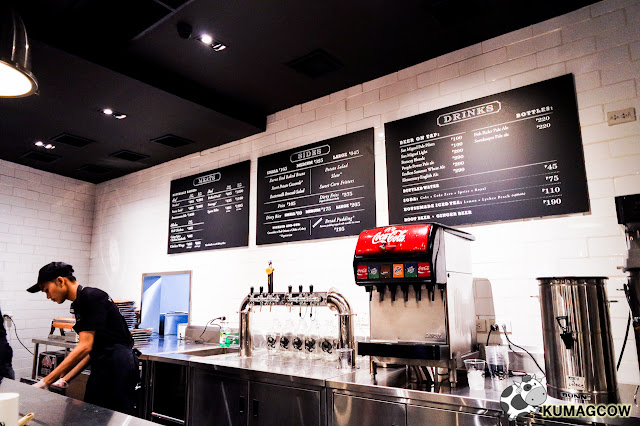 The place boasts of a cafeteria style serving station which patrons could just stand and line up then see your piece of meat sliced and prepared right in front. I never even bothered asking why they served things on stainless trays and wax paper because this is a man's place abd knew it was going to be a tad messy. I smelled the place and I could feel food served here had a little influence of southern cooking, even Korean as they've also got some pickled veggies in the mix (close to Banchan). I also like the salads they served particularly the Broccoli Salad made of raw veggies, bits of dried cranberry, roasted almonds, bacon and a light buttermilk bacon dressing (which had us and a couple other guests were raving about). I knew it was going to be good, but this was superb!

I then proceeded to order lunch that afternoon, and had a little fear in my eyes because I was trying so hard to cut on rice these days. I was lucky that they'd gladly got me a bun in lieu of the rice. Yes ladies and gentlemen, Mighty Quinn's knew that it might not work if they put up a restaurant that doesn't serve rice with it. They have researched well and made arrangements to make meal variants as they might meet Filipinos who would treat their food a light snack if it didn't have rice with it. This was interestingly brought about by the brains of Hugh Mangum and local partner chefs. They have produced a mean Dirty Rice, so don't fret if you would love to eat this with that. 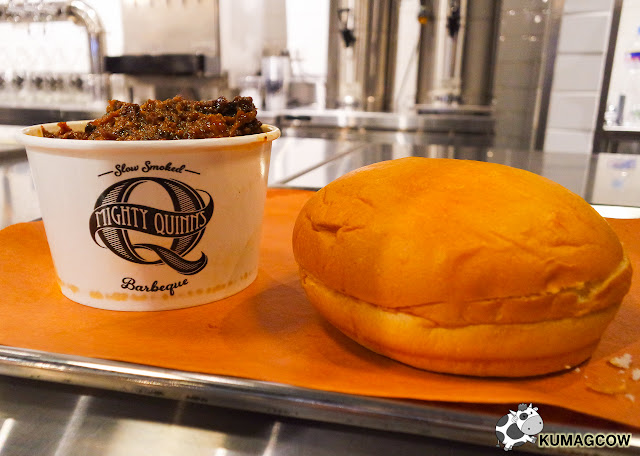 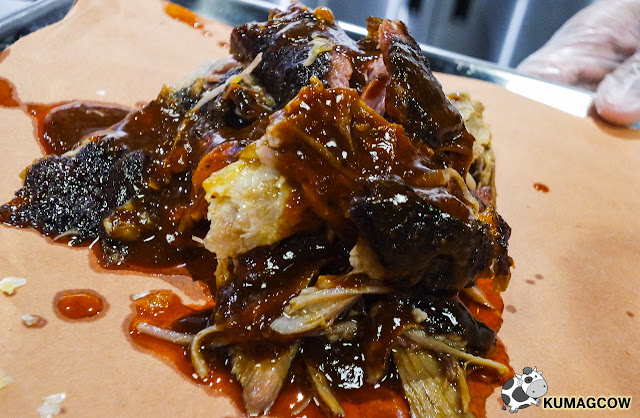 I specifically ordered the Beef Burnt Ends. I like how it feels chewing on those lovely, crunchy and sweet cooked parts of the meat. It felt like what it's supposed to. Their sauce is another story, might I say legendary. You can literally have that bottle full and have it on everything except the chicken. I feel everything had the right amount of fat, so it was juicy as I started gnawing my way to the meat, from one piece to another. I got some of it placed in the bun provided and started layering other pickled veggies with it. Each had their own flavor profile, different textures even as each of those bits introduce freshness and tangyness as it cuts through those layers of fat in the meat. I knew they had in the restaurant, but by golly it was really good. 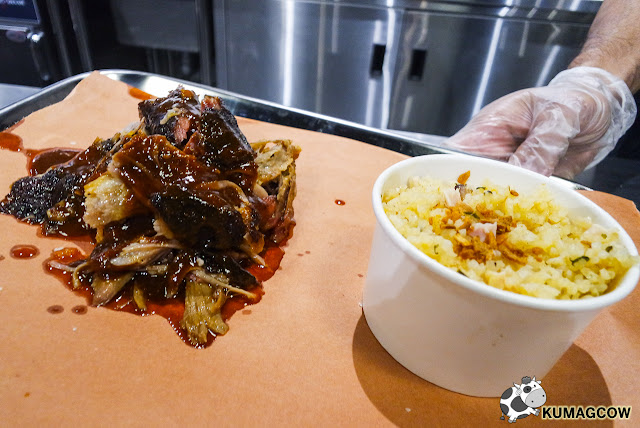 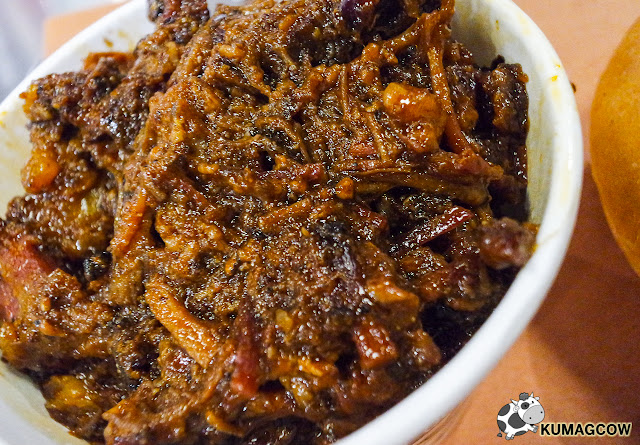 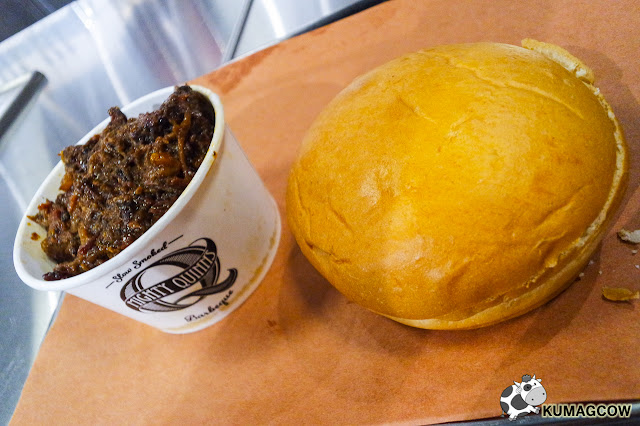 A word of warning, the Pickled Red Chilies isn't just there for display. It's there for a reason and I had it on all the slices of meat that I had that afternoon. It's going to provide that spicy kick you need. They've also got thinly sliced ginger, celery stalks, and the seedless cucumber which I think you'll love! 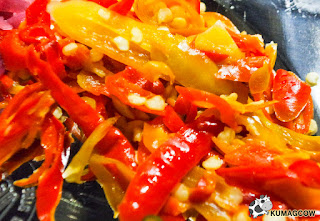 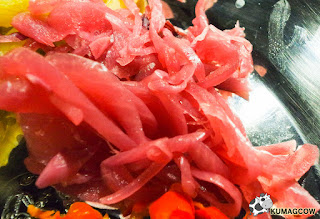 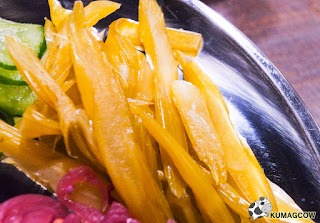 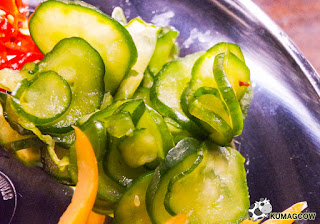 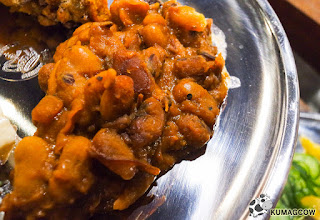 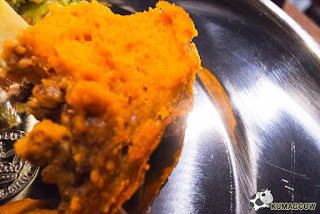 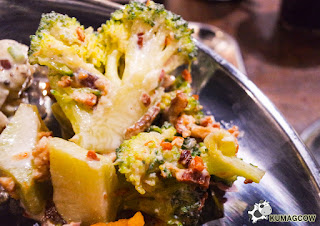 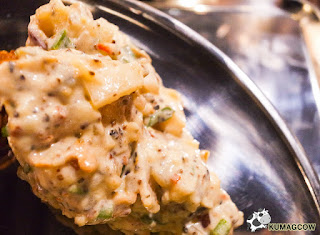 They've got really mean side dishes that you might find stealing the spotlight from from time to time. The Broccoli Salad would change your views about healthy, but it might be ordered a lot in your table so I'd suggest you opt for the Sweet Potato with Pecans so you and your friends get to taste everything on your first meal. The Potato Salad has got tons of bacon, egg, seeds and Dijon mustard. That's hella good with the meat too. If you're looking for something more filling, perhaps the baked beans could do wonders for you. That's lovely, smoky and comforting. It's the perfect thing to have with all these dishes, like having your own Aunt Jemimah slapping you silly about how they could cook barbecue this good. 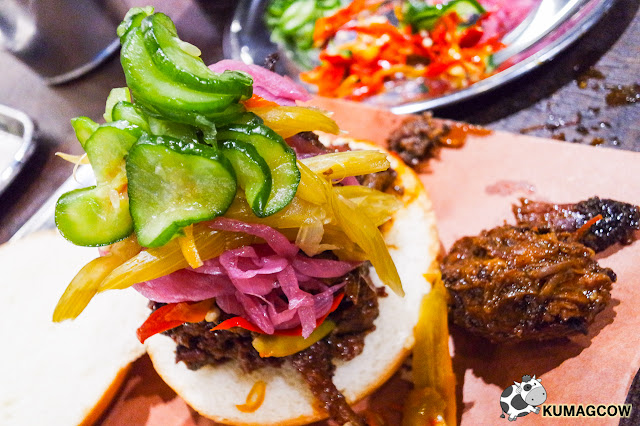 This was when I was building my sandwich together with the pickled vegetables. It actually felt like I was using Banchan (one that they use in Korean meals that I mentioned earlier). It was like an adventure while I attempted to fit that all in together with the meat in one bun. 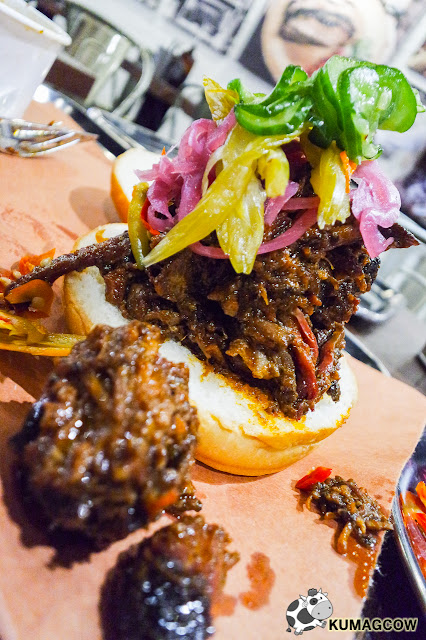 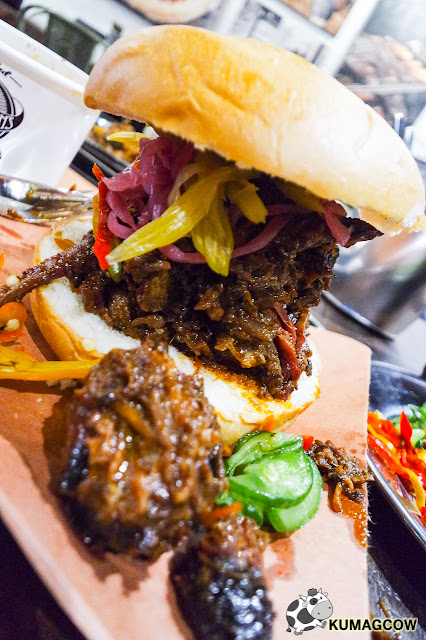 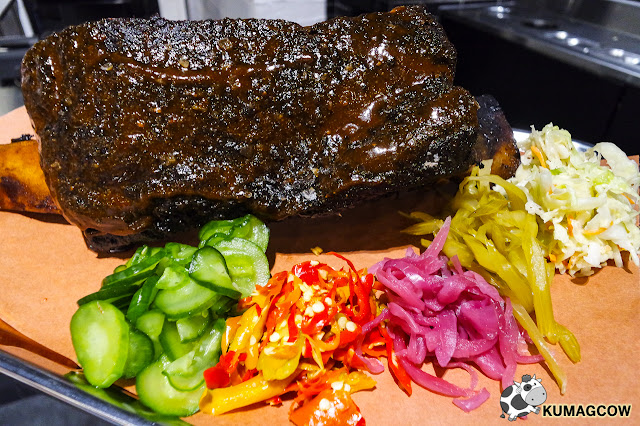 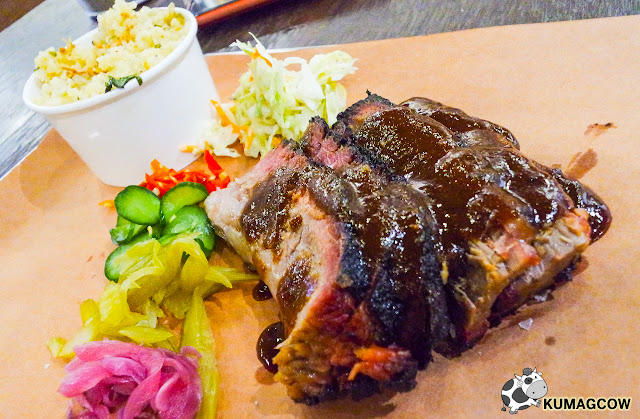 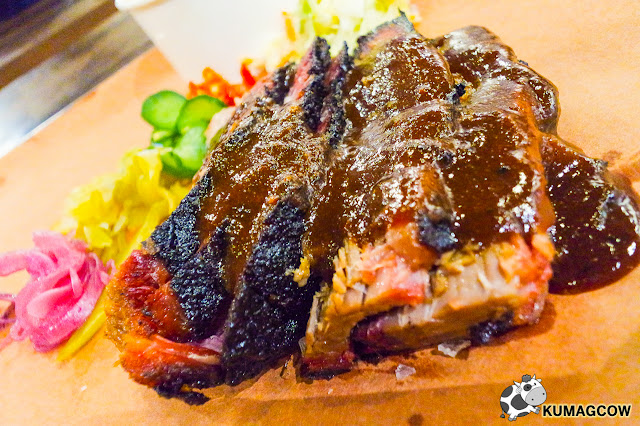 Here's our short interview with Hug Mangum. Listen in!


Mighty Quinn's is now open mall hours at SM Mega Fashion Hall. If you wish to have the best meat dishes from New York without spending a lot of air tickets, then visit them today and get the Brontosaurus Rib or my favorite Burnt ends (which I strongly recommend you order!). Everything there needs to be experienced by you. It's one of the best things I've tasted this year, you probably will enjoy it for sure!

Trust me on the meats!

For more information about their barbecue:

http://www.mightyquinnsbbq.com
Posted by John Bueno at 2:03 AM