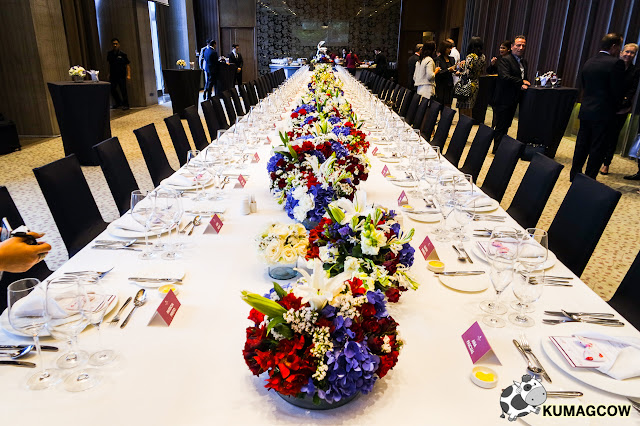 I was invited to a luncheon by the Swiss Embassy a couple of days ago to be in the presence of Anton Mosimann, a world renowned Swiss Chef and officer of the Order of the British Empire (OBE). I've heard his name a couple of times already (US food shows and news) as he's done countless events for the British Royal Family including the important banquets they've hosted and Royal weddings too. He's not much on TV (though he has some in the Brit networks) but if you ask the who's who of the culinary world, he's up there.

Aside from being in countless successful hotels, he's also responsible for getting 2 Michelin Stars for Dorchester's Restaurant which is a first for a hotel restaurant outside France - plus countless awards to boot. 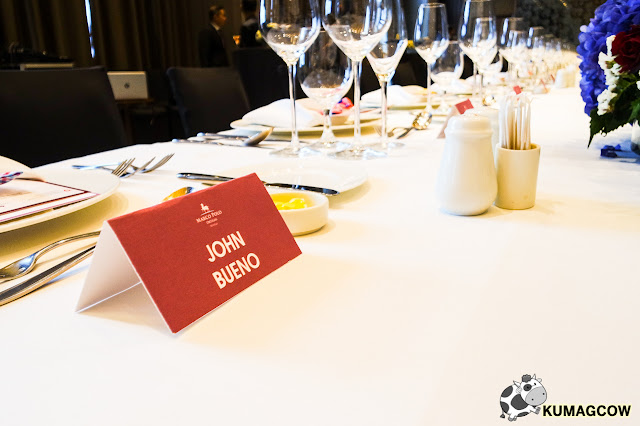 Switzerland and the Philippines is currently celebrating the 60th year of our diplomatic relations. They're doing several events to mark this momentous occasion and inviting a Chef of his caliber or being part of an audience was such an honor. I actually was excited to meet him in the flesh. Here's what happened on video.


Here's what we had during the afternoon. 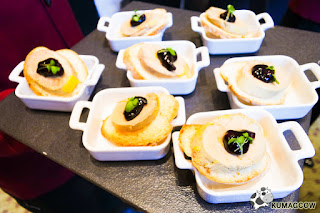 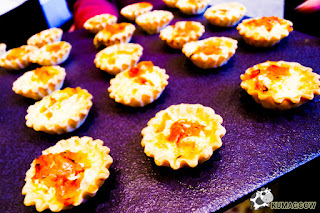 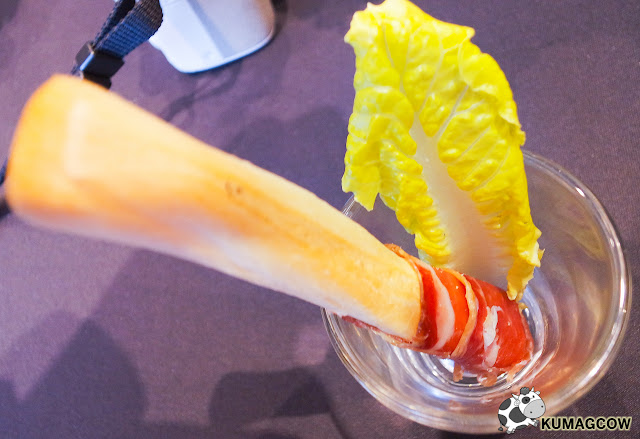 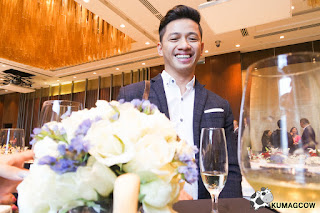 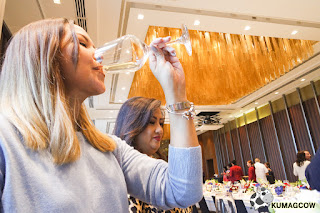 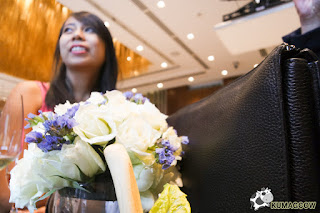 My blogger friends, old and new, had several wines paired with the meals and for the good ol amuse-bouche. Had a couple glasses while socializing, our glasses get filled up fast because Marco Polo had pretty good service. It was red and white wine from the Valais region, we knew we had it coming!

It was a huge table, we were about 50 trying to send cheers, personal and non verbal greetings across the hall. Seated were officers, dignitaries from the embassy and people from the Swiss Education Group. For those who don't know, the Swiss is known for having some of the best hospitality schools in the world! The Swiss Education Group is a network for these world class institutions and universities done by world class educators.

Now if you've wanted to study with the best, maybe you should consider going the mile literally and check out courses at http://www.swisseducation.com. They've got the best educational systems, a mix of practical and theoretical applications that have already been able to produce some of the best culinary professionals the world over. Aside from that, Anton Mosimann had this huge library of cook books, references, tons of stuff you would have never seen but he chose to share it with the public... to the industry that he loves so they planned to put these things in one place and properly called it "The Mosimann Collection". It's now housed at the César Ritz Colleges Switzerland campus in Le Bouveret, in the Swiss canton (like a state in the US) of Valais. If you plan to do your studies there, take a look at what they could offer you. I mean the best Chef already has all his things there, so just imagine the possibilities.

Now of course we had our lunch. This is what we had! 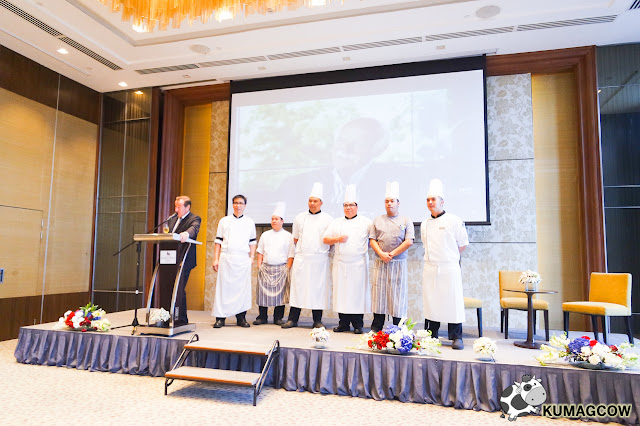 Thanks to Chef Anton Mosimann, OBE, DL, Frank Reichenbach General Manager of Marco Polo Ortigas Manila and his team of Filipino chefs who made it possible to put these lovely items on our plates. It wasn't just like introducing his skills as a Chef, but more of telling us the standard that they have and how the most simplest ingredients become a little more magical in Swiss hands. I must say, I am impressed, I am but honored to be in the presence of a great man who did a lot for his country and his profession.

I'd like to take this opportunity to thank the Swiss Embassy, HE Ambassador Andrea Reichlin for having us (and personally saying hi!), to the always gracious Deputy head of Mission Mr. Raoul Imbach, Mr. Herve Findeisen from the Swiss Education Group (whom we met there) and of course everyone who made it possible for us to have the opportunity to be with THE Anton Mosimann in the Philippines and Marco Polo Ortigas. Thank you!

For more information about their activities this year: