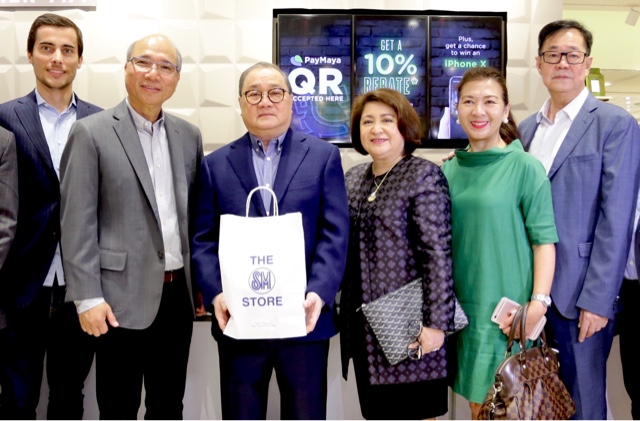 I believe in the Paymaya brand.

A few days ago I was doing work in a coffee shop at a mall in Quezon City and consequently, I didn't have cash handy. I knew I had Paymaya credits in my old card because I got to reload it via the supermarket kiosk in my neighborhood, which I did a few weeks ago. I did the standard procedure as with any transaction, I lined up, they took my order then I gave them my card so I could settle payments. They accepted it right away but I saw the teller swipe the card twice at the cashier and true enough I got two transactions happen in 1 minute. I received two text confirmations that indicate I was charged twice and the balance I got said that too. I immediately told the person and he admitted it, he said he'll ask for it to be refunded but paid me in cash just in case he wouldn't be able to which I found reassuring so I went about having my large cup of latte. Then after a short while I received another text that one of my transactions have been reversed, so I went back to the counter and returned that money he gave me. These happened in a span of a few minutes, I wouldn't find out about it if that were a bank. People don't understand the convenience of digital, they think these are small things but any small amount if done with thousands of people means it could amount to a lot of money. It's hard earned, that's why one should take care of it.

This convenience I experienced made me believe in the Paymaya Philippines brand. Now, it will encompass my own story and start with the number one department store in the country, The SM Store. You see, it's the eve of changing payment systems of cash into online payments and it should always be secured as what I have experienced. This partnership from the biggest mall in the country came at the most opportune time where convenience is a priority. Have you always been afraid of carrying out thousands of pesos because you're afraid to lose it? But what if you really need to but don't have a credit card? That's where Paymaya comes in, you can simply get a card and fund your purchases over counters across the country including special QR stops in SM Malls. Aside from that, The SM Store now accepts Paymaya to make your ordinary shopping experience and make it into an extraordinary one by getting convenience for payments via the Paymaya App which you can download off the App Store and Google Play. Here's a short video I made during the launch of Paymaya QR and The SM Store's partnership. See how convenient it is to shop now at the biggest mall in the Philippines!

For those who don't have a Paymaya Card yet, download the app and get physical cards delivered to your doorstep. Or apply via the special Paymaya QR loading stations which will be found in SM Malls too.

Your shopping convenience will double with Paymaya. I love how you won't have to have chump change everytime you run out of coins or money - and those instances where the cashier doesn't have change at all.