My love for world renowned brand BENCH encompasses the celebrities in their roster, the fragrances I love and fashion they put out on the runway. They’re practically everywhere now and it’s a good thing. Just a couple weeks ago, they’ve gone and got good looking Brooklyn Beckham in the country for a couple days so he could meet and greet his fans plus a book signing event where thousands of people actually attended.

Suyen Corporation is also bringing in food brands left and right, making this island nation no stranger to international cuisine, world class food on the Filipino table, among of which are Paul (the boulangerie), Pablo Cheesecake, St. Marc Cafe, Maisen (my favorite Katsu place!), even yummy heartwarming Marugame Udon which opened a couple months ago. Now they’re ramping up local brand BENCH in the mix putting up another feather to Ben Chan’s hat with this new brand called BENCH CAFE. This is with partnership to long time restaurateur, mogul and owner of FooDee Global Concepts - COO Eric Dee (who's a very nice chap, so passionate too by the way!). I’ll take you around their flagship store in BGC which I visited ahead of everyone last Sunday, thanks to their lovely people who invited me for dinner. :)

The Bench Flagship Store operates from 10AM-11PM more or less and this is the same schedule which they plan to follow for the store (according to the person waiting tables) but they plan to actually still serve food as long as there's still people who want  their food. The concept is simple, to make Filipino food more upscale (like a glamorized Turo Turo style dining). When I looked at the menu, there wasn't much item on it which cost an arm and a leg, probably so that they can serve food within the Php 250-450 range. That I think would make this a whole lot different from the restaurants in this vicinity, I bet they wanted to change the food landscape in BGC. 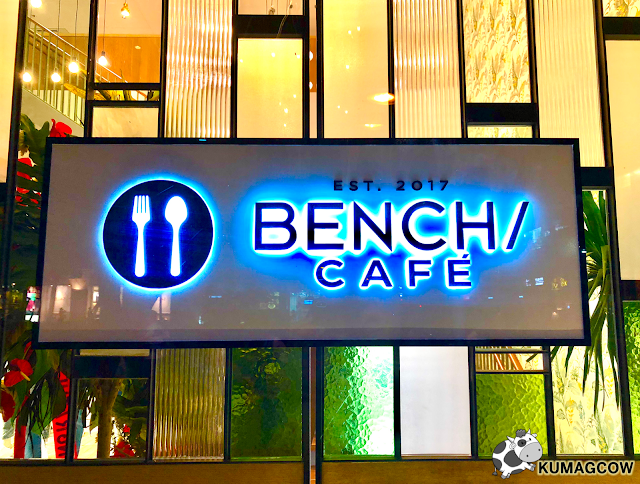 This first BENCH CAFE is located at second floor of the Bench Flagship Store. It's at the corner of Lane O and 9th Avenue in BGC, you won't get lost when you're there. The signage, the Bench store paraphernalia stands out so if you miss this place it's your fault. Yes the store is still open while you plan to dine in so even while you're waiting for your food to arrive you can shop at the store which is connected to this place via a door on the left side or the stairs. I mean who doesn't love shopping? You'll see this and the whole menu downstairs, trust me, you won't get intimidated with the prices. 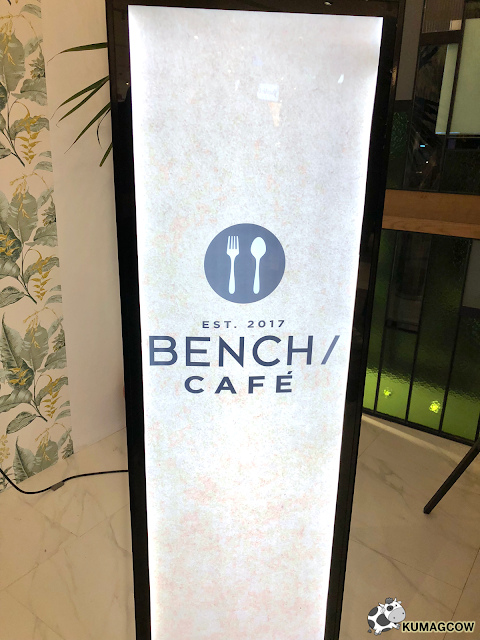 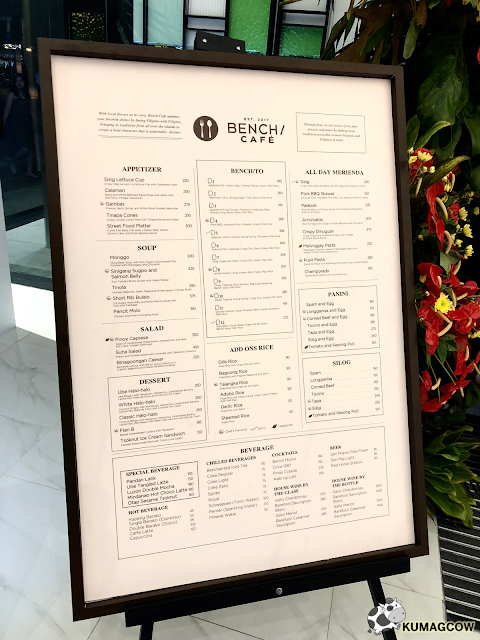 The menu is pretty varied. It's like your usual favorite Filipino dishes but done with modern techniques. I'll show you later what I'm talking about, but in a nutshell you'll never run out of favorites here because it's like home. Expats or Tourists visiting Manila may have a better way of adapting to food if you take your first shot of Filipino food here. Dishes are done impeccably with European/American/French/Spanish influences but still is first and foremost Filipino. 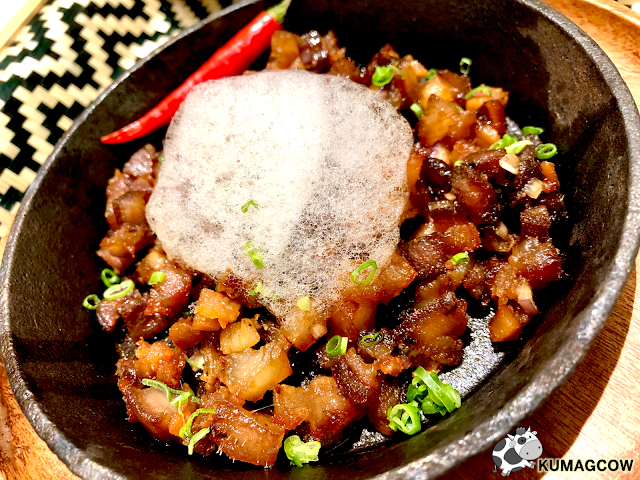 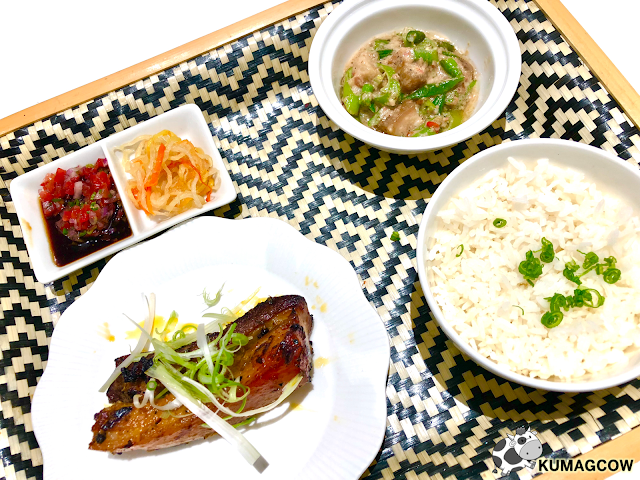 It only happens today, January 25. You'll probably have to line up early, but don't worry because the food's not just good... it's divine!

Trust me on the Latik Latte and the BENCH/TO #12. The INASAL NA LIEMPO and that darn heavenly GISING GISING had me still craving for it at this hour. It's 3AM and it still haunts me.


Thank you Mr. Eric Dee for explaining the dishes, it was awesome to experience BENCH CAFE, I'll be back!