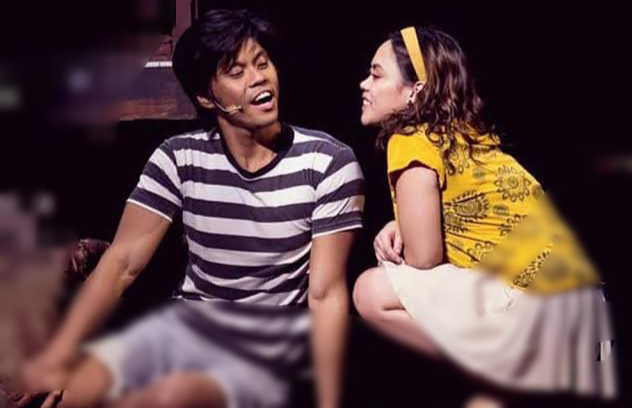 Watched Kim Molina and Jerald Napoles' YouTube videos this week; and yes I have been doing that in the past few years. Initially I only subscribed to Jerald's channel but this couple probably couldn't get their hands off each other and decided to make a YouTube channel with both of them in it. With their romance budding from being always together in Rak of Aegis, which I watched in PETA a couple of times, I was actually not surprised when these two got bitten by the love bug during the show's run. Honestly, both of them were a discovery for me because I personally have not seen Kim Molina sing before that. Jerald on the other hand has been seen singing a bit in shows and skits, but they were really SERIOUS during Rak's run.

These days, Jerald and Kim are both spending most of their time at home and like us, they find ways to entertain themselves, their friends (sometimes) and family. Music and singing is just something Filipinos enjoy and nothing like good old Grand Videoke can't fix. I do the same in my home and if the neighbors don't mind, I choose a few pieces that I think sounds good on me. Kim did humongous belting songs by divas like Sarah Geronimo, Whitney Houston (complete with breakdancing moves) and Regine Velasquez. Jerald on the other hand tried to bring it with songs by Journey, Basil Valdez and Martin Nievera. They also played the perfect pitch feature on the device to see who can have best scores, it was so much fun to see them bonding over what they love to do most, singing! It kinda felt like you have your own personal voice coach doing that as it shows pitch via graphics, which I rarely see in other machines. 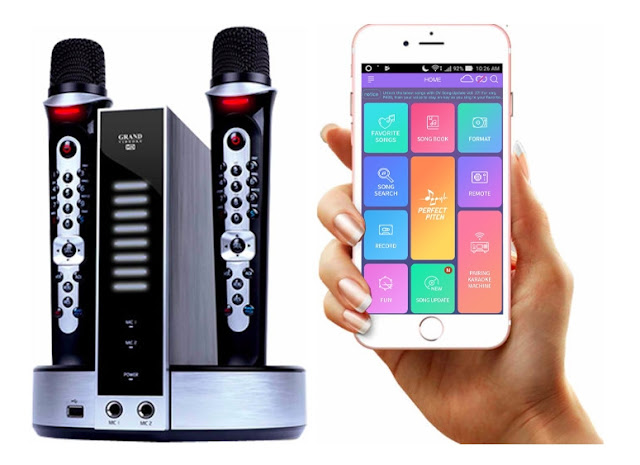 I envy Jerald and Kim because they also unboxed the new Grand Videoke Symphony 3 Pro which was super high tech, even works with an app called GV Smart App. They can use two wireless mics and connect two wired ones which means the whole family can join in. Ah, I love how they were so sweet with each other especially with the last song "You and I" where they did a duet. It was like a match made in heaven!

Wish I could spend a lot of time singing too and become a pro at it one day. I mean, I can do a few RnB songs and give Kim and Jerald a battle haha! Anyway, I really enjoyed watching these two. Maybe you can check their channel out for kicks, I'm subscribed and loving it!

I want my own Grand Videoke too!