Seeing ALLTV on the channel lineup lately? Well, here's very fresh information about what's going to happen in the next few months as we talked to their CEO Ms. Maribeth Tolentino. 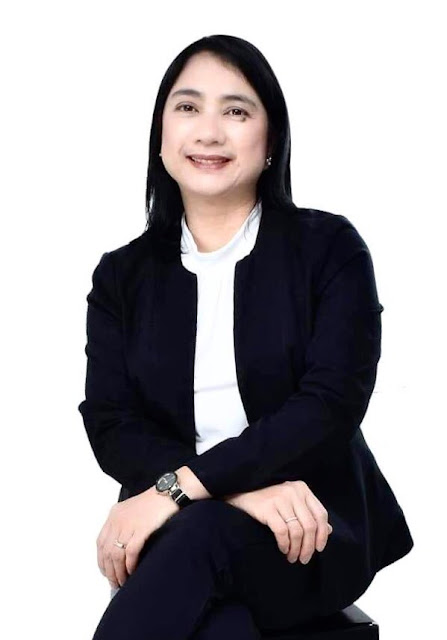 For the launch of the channel, she says "We wanted to do it on their anniversary as we want to have milestones during their birthdays. I can't confirm some of the artists unless we have finalized their signing. Actually, there are a lot of teleserye being pitched as we will start doing that by next year. We haven't chosen anyone yet for content but stay tuned. Our assessment internally is really, for improvement. We're slowly getting in the grooved, the system and organization, we need to add more content. We even had confusion on digital boxes yesterday because there's a difference in every region. Just re-scan and look for ALLTV. Well no, we can't confirm Toni Gonzaga's earnings, I think it would be proper that she answers that for you. It's confidential on our end. It's not too big as rumors say. For now, the sons and daughters of artists are being talked to. We haven't met them yet but their availability looks good."

About the shows they plan in the network, she adds "The programs have not been filled yet, just the prime time slot. So 5PM to 12am is good, we also have other programs from other networks bought so we're hoping by the time we launch fully, it will be complete. If you see, we have CNN Philippines, we also have teleseryes from ABSCBN, we're not closing our doors. We are slowly rolling out our frequency in other regions, the transmitters just take time to put up and reach here because it is imported. We also partnered with Cable organizations so we get shown in other cable networks."

She also mentions "Toni Gonzaga is very talented, a host, an actress, we need a star for a product. Bashers are there, but we don't mind them. If she wasn't good then that's a problem, but she is. It's more of the artists from other channel that still have contracts, we still are doing that. There are a lot of program pitching, so we need the capable artists for that. There are a lot of networks that want their shows in ALLTV, but there are legalities involved and we don't have a concept yet for them. We need quality movies, teleseryes, variety shows, so we need the good people for that. We all want them in the channel, and if we want a new program for them, we'll surprise you with it. I think that'll be better if you get surprised. The process of lawyers, managers, contracts bring delay sometimes, but we are eager to deal with them. We did talk to Carla Estrada, and Willie just talked to Luis Manzano, we're just starting to think about the new shows they could be part of and planning for it. We don't put the network in legal problems, the collaborations is just for content, it's not for blocktime. Licensing is different, networks do that, like for movies, Korean dramas, everyone does that. It's not a partnership of a network. Block timing means they have to follow NTC regulations. If it's about Korina, we are in talks but we haven't signed yet. Everybody has a chance because we need a lot of artists for our shows. They are just waiting for us, we on the other hand are preparing material, because we can't give them shows without it. Hopefully 2023 we'll be full blast. ABSCBN is selling content and we buy from them, the public just wants drama, that's Marites."

For those wondering, there exists an ALLTV studio: "The ALLTV studio will be the Starmall EDSA, that's the cinema, because it's passe, we just made them into studios. That will be ready by next year, and hopefully have face to face audiences soon. There would be a lot of possibilities to produce more teleserye, movies, hone talents that are fresh and would be there when you need them, we will complete that soon. Everyone was nervous yesterday, even our technical group, talents, dancers, we had mishaps, we hear their feedback and  know we appreciate that we will make changes. We thought we just gave birth yesterday because we prepared for it for so many days. We just had a breather last night because we want to watch it til we signed off. "

She also talks about the good that Willie Revillame brings on the table, she says "Willie among others is not just a talent, he's a great advisor with regards to programming especially for managing artists. He was indeed a HUGE help in that sector, no matter what channel he went to, his shows still rate very high. He made us understood the industry, so far, so good. Aside from that, we have talked to Viva and talents from his stable are good and that's why we have much of the Viva artists there during our soft launch too. Advertisers see what the future of the company holds, we have good shows and probably are timing things. We have commitments already, we also have sister companies and we don't have to go to other networks just to advertise. We used to do that in ABSCBN or GMA, but now we're doing it in our own TV station. For now we are doing canned dramas, new movies and Korean content. It's not even shown in other stations here. We'll also be doing other shows pretty soon, especially how Willie will help viewers and ordinary people. Mariel also will come back on TV, she's going to be significantly be a part of our programming. Toni on the other hand will be having a different show, for now it's Toni Talks. We want our viewers to be called ALLTV, wherever you're from or whatever channel you watch, it's going to be called ALLTV and nothing else."
"Thank you to everyone who helped us, we want to make sure things are clear. ALLTV is open now, we are airing shows. Just make sure to re-scan, set Channel 2 on Metro Manila for free to air broadcast. Hope to see you all soon!"
As of now channels are different in every region. If you have a digibox, just re-scan it and look for ALLTV. This will be shown also on Cignal, other cable channels. You'll love the additional channel that's dedicated for entertaining Filipino people. Looks like things won't be happening overnight.
Does this clear up a lot of things for you?