Gretchen Ho is your "Woman in Action" 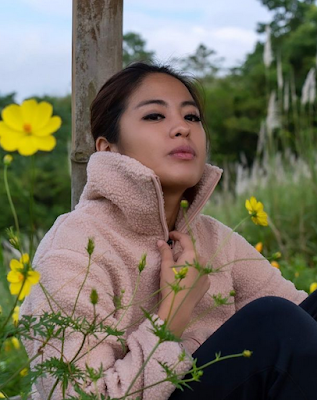 Looks like you're in for a treat this September as Cignal, One News and One PH starts the new show Woman in Action hosted by your favorite Gretchen Ho.

Head of News Patrick Paez says "We are delighted to have Gretchen with us, she was part of our previous network work and we see promise with her talent. She has grown as a journalist, and this show is her concept, we have confidence with her and we can't wait to see her new show."

The show will feature Gretchen Ho in her element, in different parts of the world to get to know the people, what they do so you too get to know who they are from the comforts of your own home. It's like a travel/lifestyle show where she will also tell you her experiences, how to get there, the food she eats and the small costs to do it. Much of the things we saw in the preview included lesser known spots in the Philippines but she also has some clips showing other countries which surely will be interesting to see on TV.

Gretchen says "It was just in my mind for the last few years, all of us are so passionate about what we do and we want to show the Filipino heart through travel. This was something we wanted to do in 2020, but the pandemic happened. We will be having guests in the show, get to talk to people managing the tourist destinations and how they work steadfastly and help the townsfolk make a living in their communities. Woman in Action also sparks my passion in cycling, we'll see people on the road and get to also interview them, I feel this is the perfect time to do it so viewers could be inspired with their stories. The people I work with right now, they will be here including my camera man, my researchers, it won't be full reporter mode. It is also going to have a public service part, hopefully to make it also become sustainable to help people and communities. I wanted to work for NGO previously, but I didn't realize I was doing it already and I was inspired by Ms. Gina Lopez and see how it has impacted people. It brought livelihood to communities through tourism. I am in the early stages of this show but my advise to girls is to take courage, for the things you are called to do, stay true to that and you will fulfill that calling."

Gretchen Ho is not just the host, but also the producer of the show. She might be a little young, but says it won't be a challenge that will be given to her if she couldn't do it. She is also inspired with travel host Drew Arellano, hopes she also does good in making the show relatable, and do crazy things in the show.

The show can be seen on the Cignal Play app on mobile. The show will prolly start on October 1 at 7:30PM at one News and will be replayed at 8PM the day after. Make sure to watch it!