It's such a good feeling if you feel the government is doing its job, you feel your taxes are all worth it not only for you, but the whole community. A few days ago, I've had the opportunity to witness the launch of Pasig City's Pet Identification Project (Pet i-Chip) using microchip technology. No less than the good looking Mayor Vico Sotto of Pasig City lead ceremonies together with the city Veterinary Services Department and Plaridel Products and Services Inc. 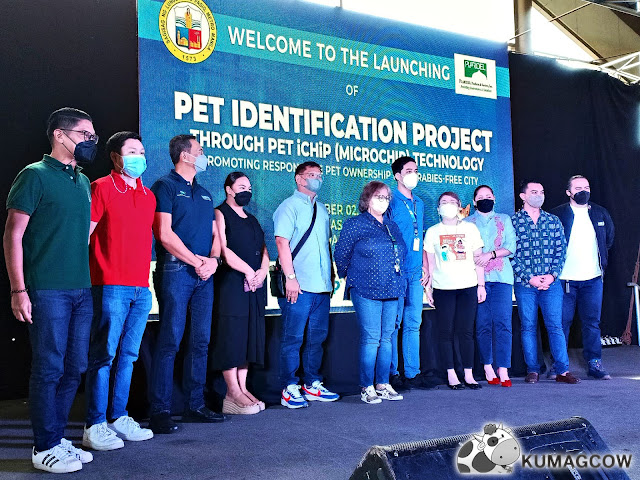 Mayor Vico says "This was presented to me during the pandemic and the delay was because of obvious reasons. We had to prioritize a few other things because of it. But now that we're slowly going back to normal, we are going forward with the programs of the city. I would like to thank Ortigas for letting us use Tiendesitas as venue for this event, our councilors who are also working hard to put measures on local government policies (RA 9482), our Barangay officials."

The program is also designed in conjunction with Pasig City's goal of being rabies free. Recent figures mentioned during the event that there are only a few cases (17) this last quarter which is already an improvement from previous numbers which reached hundreds. In the Philippines, there are lots of deaths resulting from animal bites. Aside from that, pet owners would be able to register, monitor temperature of their pets, health history and vaccinations in case they need to. This will be all administered by Veterinarians and will be FREE of charge in the city of Pasig. They will be also issued a Pet Passport that they get to keep for records. In case they lose their pets, it's easier to track ownership as registration requires owner information. This would be a huge change in the lives of pet owners, convenient too that roll out will commence in the next few months according to the city vet. They will be doing the activity together with their rabies shot which they have been doing on a weekly basis. Information will also be held confidential under the pet registration of the City of Pasig. They also showed us the actual microchip and the process on how they implant it. It took a few minutes and much of it was double checking the chip which they scan before, and while it's already implanted. This will also be available in private vet clinics (with its usual cost). So if you're interested, all schedules will be posted at the Pasig City Facebook page and the city veterinary department's channels. If you need more information about the chip, visit plaridel.com.ph or animal-id.net.ph and it's all there!