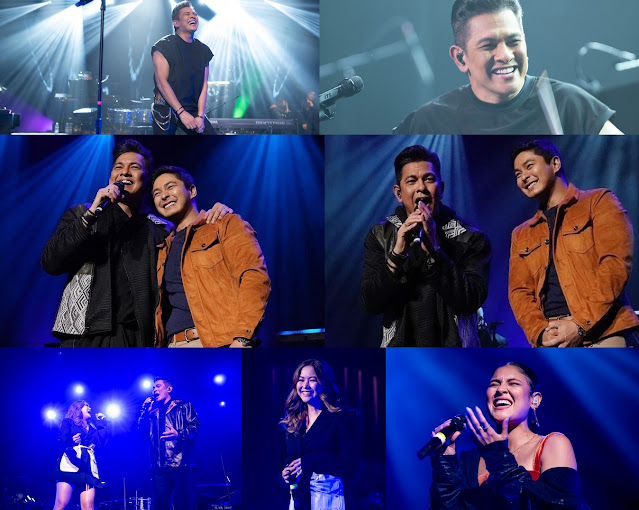 If you haven't watched a Gary V concert, you're definitely missing out. He just did 4 cities in the US' west coast particularly in Pantages in Seattle, Cache Creek in Brooks, Pechanga in Tememcula and at the Royce Hall in UCLA. He's also sold out two venues and showcased his percussion and dance supremacy in his opening numbers, proving why he's called Mr. Pure Energy this side of the globe.

He also performed with his equally talented daughter Kiana (who by the way has her newest single Heartbeat on Me) to the delight of onlookers plus his other acts like Al Jarreau's Spain and his original songs that's well loved by generations. Rockstar Princess Yeng Constantino was also in these performances doing their versions of Ikaw, Hawak Kamay, and Babalik Ka Rin while Gary sang and played instruments, knowing how talented he is.

Gary also was surprised by action star Coco Martin in his LA concert when he walked on stage to thank him and his contributions on hit show Ang Probinsyano and his other soap operas where Gary's song was a staple. Coco also went to Gary's Antipolo home when he was recovering from kidney cancer nephrectomy surgery, the audience was touched and surprised when they saw him walk in. Donita Rose and her husband Felson Palad, Sean Chambers, Faith Bautista, Chris Do, Cecile Azarcon, Pinky de Leon, Jennifer Cortez and other celebrities of Filipino descent were also in the audience to show support for Gary.

He also did Texas Hall yesterday, but still has Alaska Center for Performing Arts this October 21st and Town Hall in New York on the 23rd, so if you haven't been to a Gary V concert, this might be the opportune time to do so. His US Tour is sponsored by Philippine Airlines, Tancinco Law Office, and the Belo Medical Group. Promotion is courtesy of Star Media, Manila Genesis, Zion Agency, Music Arts International, Jeepney Production, Relion, Jak 'N Poy and JP3 Marketing and Production. Make sure to be there when Mr. Pure Energy performs on stage, and it will be one epic night!