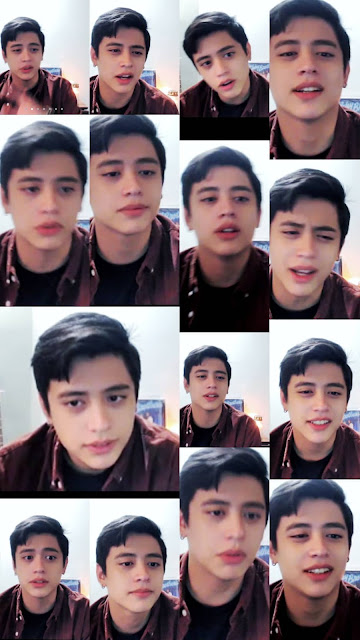 He's one of the coolest looking guy in GMA's stable, and this time he's raring to release a new single under GMA Music. We got first dibs about his latest venture into singing and it'll be called "SUMAYAW" for one or more reasons. It's also his next level foray into his singing career which he'd love to continue especially these times when he can make a track in between shows.

Kelvin says "I've been busy working on this new single "Sumayaw" lately, and this was made specifically for those who are undergoing challenges in life. It's about not dwelling on the problems and concentrating on moving forward instead. It's not about dancing per se, but a metaphor of being carefree despite life's setbacks, to go with the flow even if it feels the world is about to end. It also is about living in the now, which we tend to forget a lot these days. We need to give time for ourselves, for the things that make us happy. This has a faster tempo than my previous single.


SUMAYAW will be released this coming November 18, and he's as excited as you are so make sure you follow GMA Music's social channels to get updates about the good looking guy.