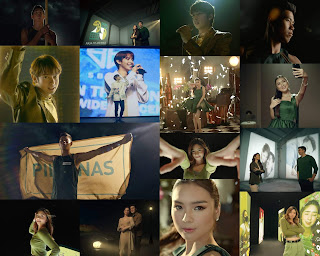 After doing a few highly successful series on their YouTube channel, here goes PUREGOLD showcasing another called "Nasa Iyo Ang Panalo" aimed to inspire even more Filipinos here and abroad. It's about 6 people who have all been able to weather through adversities to achieve their dreams in the fields of entertainment, music and sports. It's going to tell much of how they were able to win in their respective lives and get to where they are today. PUREGOLD Price Club President Vincent Co attributes their success to their customers especially on their 25th year, and they are presenting these stories so Filipinos would be able to know that success if possible for them too. The series will feature Justin of SB19, actress Francine Diaz, Luis Manzano + Jessy Mendiola, world champ pole vaulter EJ Obiena and TikTok's Reyna Batangueña Queenay Mercado.
Make sure you subscribe to PUREGOLD CHANNEL on YouTube so when they release episodes, you get first dibs. You can also follow their social channels @puregold.shopping on FB or @puregold_ph on IG and Twitter as they update it regularly when episodes come out.