Game Of Thrones on HBO GO! 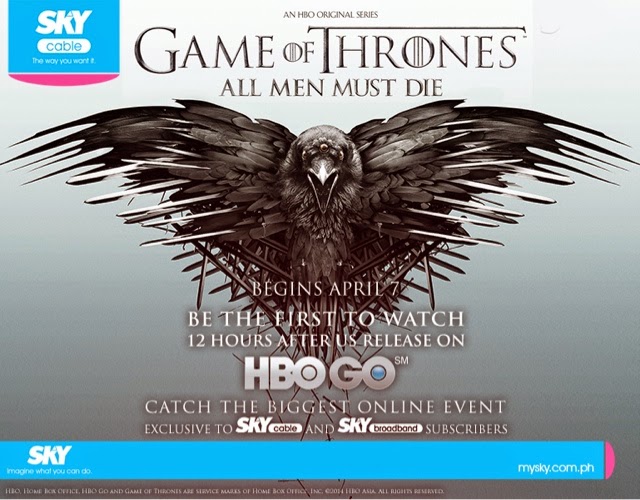 If you got hooked last season with the original HBO series Game of Thrones, it looks like we're gearing for a bigger and better one on this Season 4. Even I got so annoyed when Season 3's finale episode only got us asking more questions, but I just got word of something so good you'll lose your armor when watching the new one come April 7, 2014.

It will now be seen first and uncut in the Philippines on this day at 9PM which is 12 hours after its US Premier through HBO's own app HBO GO. If you haven't downloaded it yet, you're bound to lose a lot of gold pieces and become peasants in no time. You'll also lose the title of "THRONERS" in the process. We wouldn't want that to happen do we?! :)

HBO GO gives you access to thousands of movies and previews from the channel. Getting this installed on your PC, Tablet and Smart Phones would be the only way you can jump right back to the movies if you've been missing a lot of episodes lately. Aside from that, the application is currently FREE until May 31 for existing SKYCable and SKYBroadband subscribers who already have HBO Asia on their cable plans. Call 381-0000 if you haven't availed of it yet!